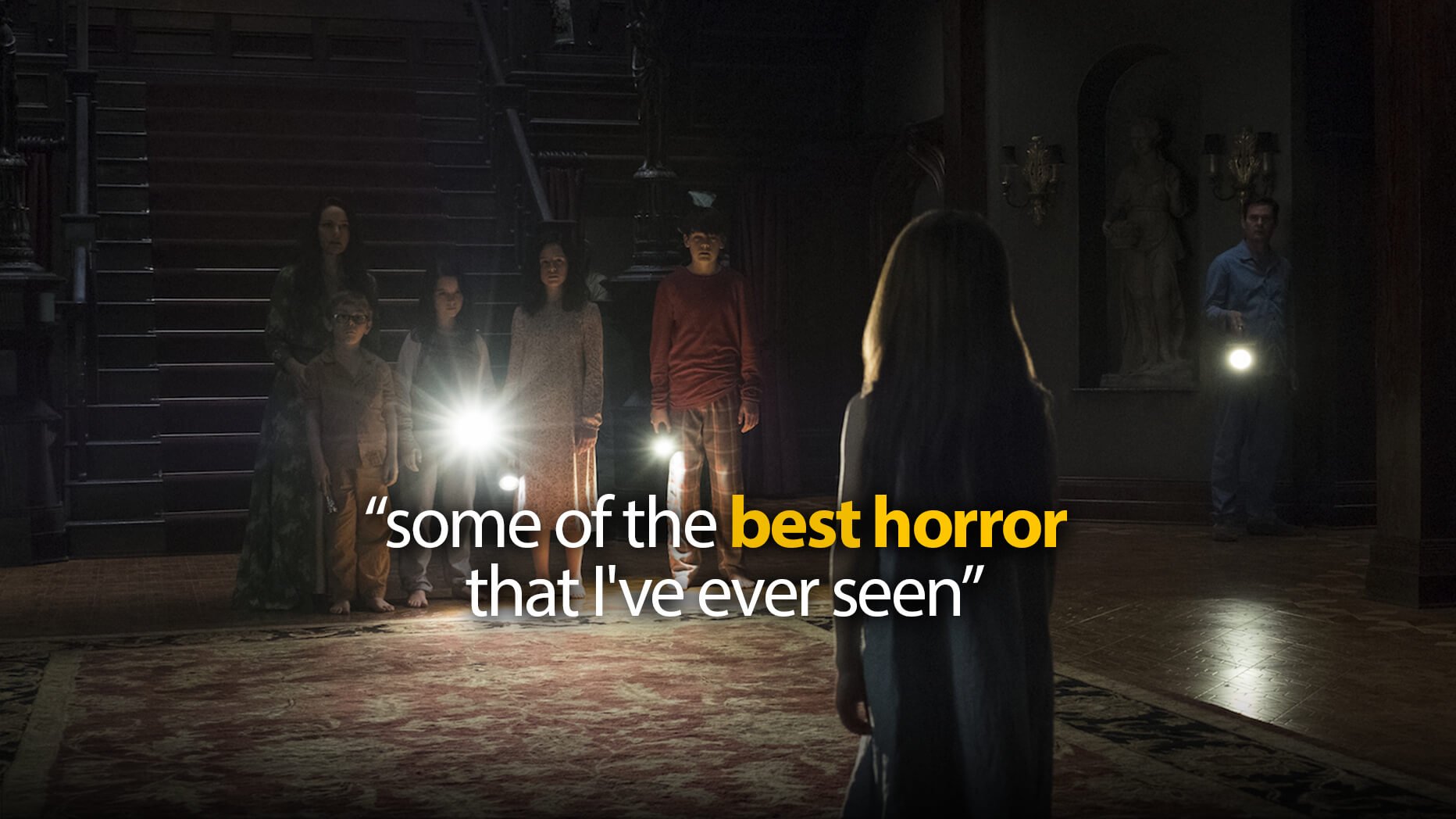 It’s just been over a year since I wrote this review, and this show is STILL on my mind. It’s so excellent that now that Halloween is rolling around again I’m finding myself trying to get everyone I know who hasn’t seen it to watch it. Mike Flanagan has been busy with Doctor Sleep (the proper sequel to The Shining), and my viewing of that is happening soon. I just can’t wait. So please, if you haven’t seen this show… do it. Yes it has some scary bits, but it’s not the reason its so good and the drama and character writing is on such a high level. Don’t miss out!

Guys and girls, The Haunting of Hill House is legitimately some of the best horror that I’ve ever seen, and you should really check it out, even if you’re usually scared away by the genre. This new 10 episode series from Netflix feels like one of the highest quality, beautifully shot and amazingly cast pieces of supernaturally spooky film goodness that I’ve seen, and it’s not even a film right? I think what’s even better is that because it has all the quality of film but with 10 full episodes, you really get to dive into the lives of the characters, their backstories and all the elements that finally come together to make up the thrilling finale.

My wife who HATES horrors and doesn’t like watching them, even with a crowd… yeah, she spent the last two nights sitting up all alone watching this new show because she tells me she is just so hooked (right before cursing my name for doing this to her). Just for the record, I didn’t actually like the trailer that much when I first saw it, but it’s posted below so check it out.

“…reminds you why supernatural stories can be so darn interesting”

I’ve heard it being called “This is Us” but with a haunted house, and it’s not too far off – in a good way and also that it jumps back and forwards in time, but also in that the family dynamic, the drama, the character building and their relationships with each other are show worthy as it is, no spooks required. Here’s a clip from YouTube that gives you a little glimpse of what the show feels like, although unless I’m mistaken, this scene didn’t make it into the actual show.

There are spooks though, and boy this show can knock you with some legitimately terrifying moments but it’s ALL earned, all deserved and all for bettering the story being told. It feels like the person in charge of casting woke up one day and said “I’m sick and tired of these shitty movies where people cast actors who don’t look exactly like their younger selves and also don’t all realistically look like they come from the same mother and family” and then went out and tried to show the world how its done, even though so many of these actors are from the director Mike Flanagan’s (Gerald’s Game, Hush)  previous projects. This Flanagan dude is on a roll folks, and better yet, he is at the helm of the long awaited sequel to The Shining that’s coming up.

So really, this show has great production value, great actors, great scares, great drama and the story, phew, the story is ready to take your brain for a bit of a loop and really ignite that little flame inside of you that reminds you why supernatural stories can be so darn interesting.

Give it a try, you won’t be disappointed.