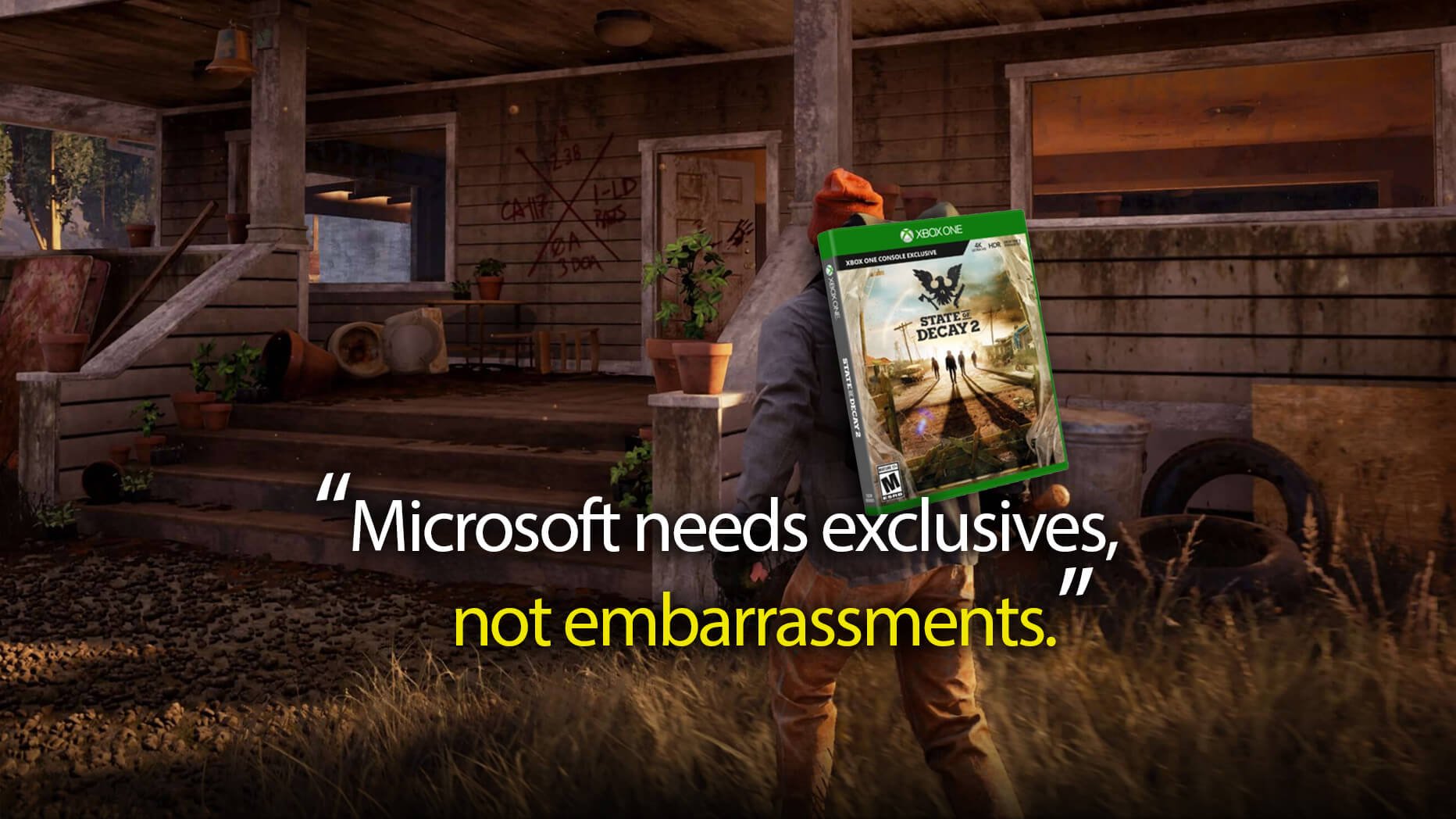 So State of Decay 2’s release is just around the corner and you may be wondering if this is the big Xbox exclusive that’s gonna start changing everyone’s minds. Well, so far I’ve only spent a few hours with it and am in the process of feeling all the systems out, but without even seeing all the game has to offer I can already pretty confidently say that the answer is probably no.

How can I say that without having played the game a whole bunch? Well, it comes down to quality and the experience. I actually quite like the feel of the game so far, and having not played the first one I’m really picking up what they are trying to throw down. The problem here is that in just a short amount of time, I’ve run into some pretty serious issues. The sort that won’t likely be solved with just one more patch on launch day (for a 20GB game I was surprised to get hit with a 6GB patch once already). This game has been distributed in this state for review with some pretty noticeable hiccups, and these range from small to pretty big.

“As far as I’ve heard, the original was actually pretty awesome…”

Visuals are also a bit rough, and give off a bit of a PUBG vibe (this is a lower cost “indie” title to be fair), while also showing off some very inconsistent frame rates and incredibly low resolutions at times. The part where I was introduced to the area where my new home would be legitimately looked like a mid to early Xbox 360 / PS3 game on my standard Xbox One. I’m going to say again though the game itself seems to pretty fun when things are all working, so I look forward to playing more and feeling it all out. The idea that you play as different people in your community is pretty fun. It just sort of sucks that when your buddy joins you online, they are really only visiting and can’t manage any of their own proper storage. Missed opportunities for sure.

As far as I’ve heard, the original was actually pretty awesome but suffered from bugs and no multiplayer, so it seems like if they just sorted out online and bugs they would have a home run. So… like, what the hell guys?

Check back for our full review in the near future.