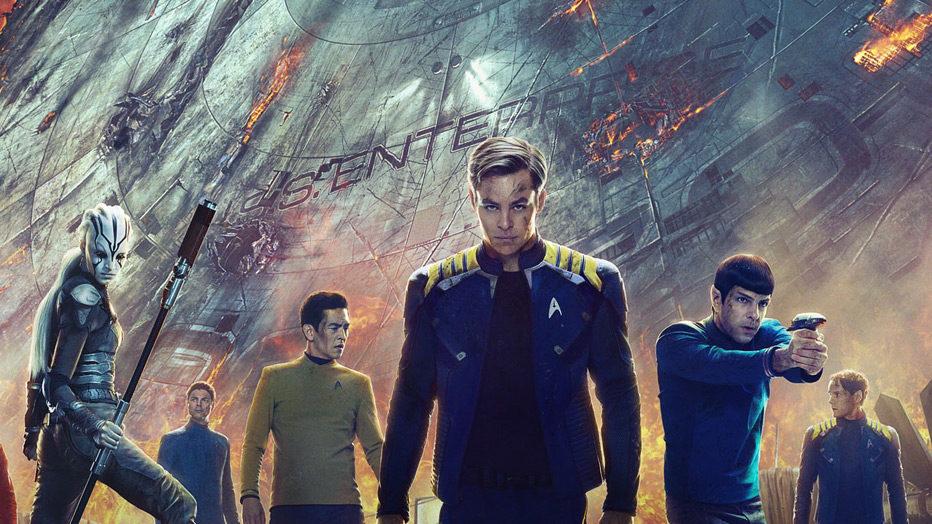 Hang on to your seat, as Star Trek Beyond sets its warp drive to “Fast and Furious”

What is it? It’s the third film in the new Star Trek universe that sees the crew stranded on a remote hidden planet with new friends and enemies alike. This time director Justin Lin of Fast and the Furious fame helms the visually stunning film.

As a Trekkie I’ve been on the fence about the new Star Trek universe, understanding the need for a new iteration that keeps up with contemporary wants, but also missing out on the old charm that made the original show, and all its subsequent iterations, so awesome. Star Trek Beyond does a great job of balancing a warp-drive pace with character development that the last two movies failed to. Simon Pegg and Doug Jung do a good job with this script moving certain characters, like Bones and Scotty, into the foreground (in this case creating some great comedy moments). Kirk, played by a more than capable Chris Pine, is as solid as ever, though his character does suffer once again from the ‘bromance’ relationship with Spock that has surfaced in every one of the new films. Still, he is charming and, well, he’s Kirk!

We are also introduced to a new character Jaylah played by Sofia Boutellas. Her performance and the character herself stand in stark contrast to the rather weak Krall. Idris Elba does a great job with the material he has but once again Star Trek drops the ball on an otherwise weak, and forgettable character.

I have seen a lot of space battles in my time. From Marvel’s Guardians of the Galaxy to the more recent Star Wars but can safely say that Lin’s Star Trek Beyond kicks the dylithium crystals out of all of them! The pace, camera work, and visual appreciation of size is off the chart. For example when we are introduced to the space station Yorktown I had to close my mouth from the sheer shock at the size of the thing. With the Enterprise too we are treated to scenes of people sliding down corridors on the floor, walls and ceiling as the ship takes some serious punishment and we actually think ‘hell, that is a big ship’! If you want to fully appreciate this movie, watch it at the IMAX if you can!

Old-school Trekkies may have some issues with the reinvention of certain things in this movie but will still enjoy it for many homages it pays to the original (something again that has been in every movie). It was also rather sad to watch Anton Yelchin in his last performance after the actor passed in a tragic accident and appropriate respect was given to both him and legend Lenard Nimoy who passed during post production.

Verdict: If you like a fun movie that will have you clinging to your seat (I am not kidding) then go watch this movie because by Scotty you will have an awesome time!