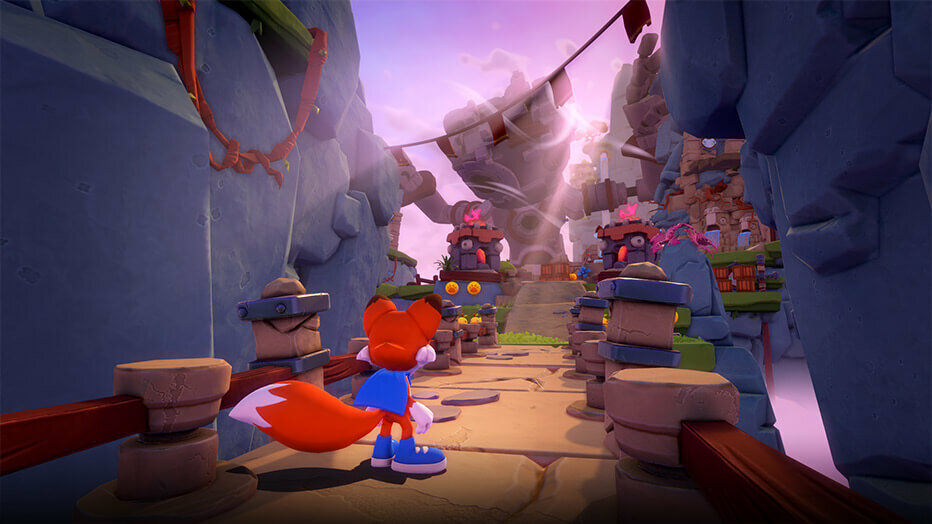 Editor’s Note: A personal friend has had a world of issues when playing the PC versions of games like Forza Horizon 3 and Forza Motorsport 7 and I’ve read forum threads showing that many people are having a pretty problematic time with some titles. If you’ve had any similar experiences please do also let us know here or on Twitter.

Super Lucky’s Tale is a Microsoft Play Anywhere title, allowing you to play on Xbox One and Windows 10 computers. Being lucky enough to have both, it allowed me to test this feature and compare the versions.

The Xbox One version plays really well, and is clearly the preferred and intended platform. It runs smoothly, the controls are mapped sensibly and the One X can, apparently, play the game in true 4K. Nothing else to report here then.

On Windows 10, with a beefcake of a PC, the game runs even better. Silky smooth graphics, and, albeit a bit more limited than what some PC users are used to, enough settings to make the game run even better. I even played on a laptop with a fairly weak GPU and the results were very playable when dropping the resolution a little.

The game suffers from the worst console port problems that PC owners have to endure, and that is console controller prompts when playing with a keyboard. There are thus no tutorial to help you and you have to figure out the controls by trial and error. Pushing “A” to jump only let Lucky run left. You can customise the controls, but this is still an oversight. Progress of your game is synced between devices, which is actually very useful. Playing on Xbox, I can then quit the game and continue on my laptop when away for the weekend. On return the Xbox will in turn pick up where the laptop left off. Cool!

So, although the game runs amazingly on Windows 10, it still needs to show a bit more love to the platform by having icons representing the one controller every PC owner has – the keyboard!