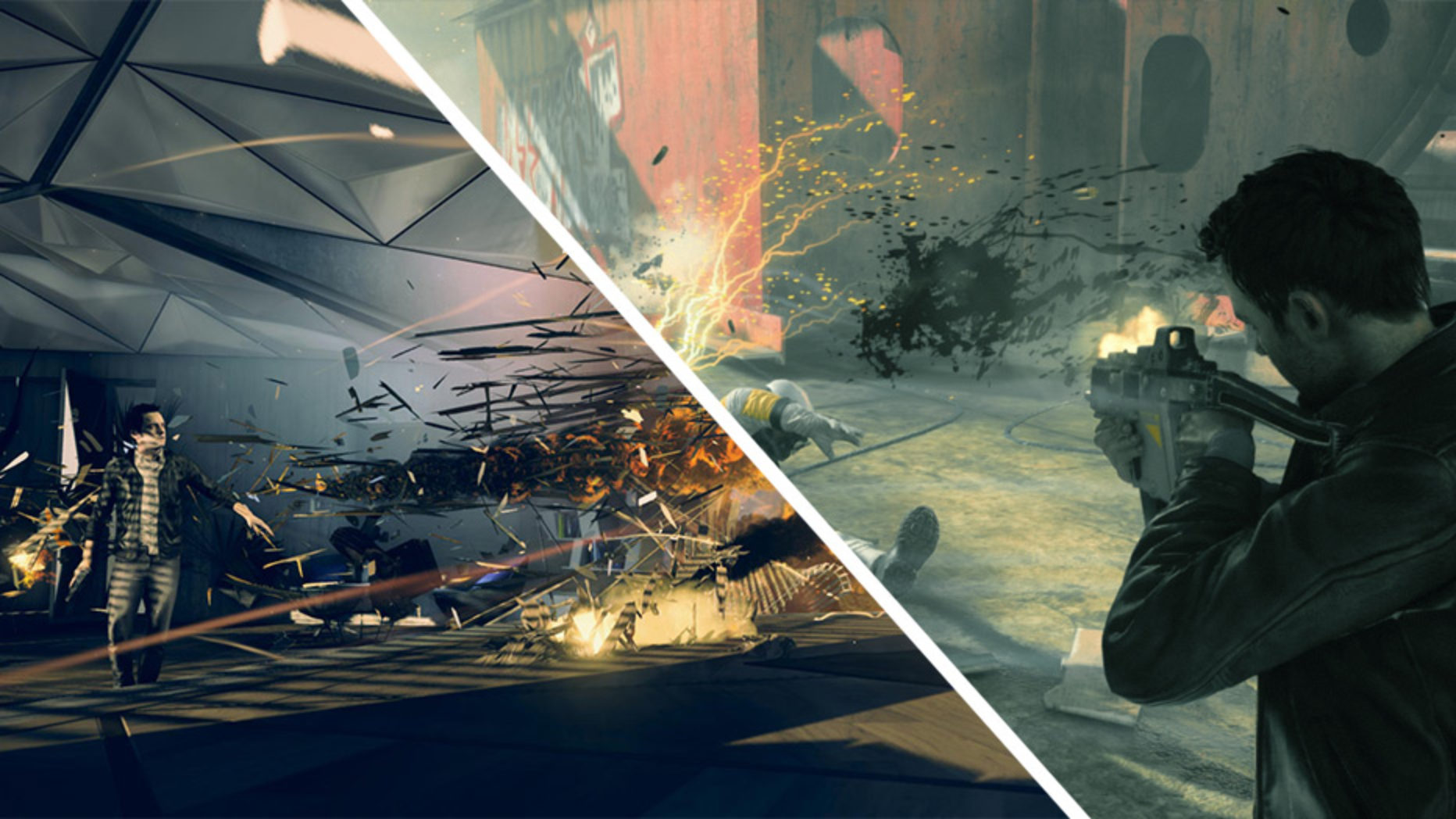 It’s slowly stopped being any sort of surprise that a launching game doesn’t look quite as good as the version of it that first got shown off to people in a gameplay reveal that was designed to blow people’s faces off.

One of the most memorable examples of this was Ubisoft’s Watchdogs, which boasted the sort of “Next-Gen” visuals that made all of us sit up in our seats and say “Holy shit, are we really going to be playing games that look like that soon?” Spoiler alert: We weren’t.

With this in mind, I decided to go back and take a look at another big hitter that’s just around the corner… and that’s Remedy’s next big thing for Xbox. I am of course talking about Quantum Break. When it was first revealed we knew there would be a TV show element, however we didn’t have the familiar cast that we do now, but that aside what’s say we take a look at the reveal videos and then some near-launch gameplay and compare the two.

Here’s the first bit, that focuses more on a set piece and what would be a bunch of in-engine dialogue.

And here we have the first look at what should be an example of actual gameplay taken from midway through the game.

Now that we’ve seen what was, let’s take a good look at what is coming at launch and do a quick comparison of the two. This video that we’ve linked to before shows some actual final graphics and gameplay and we can put it side by side with what we’ve just seen from the reveals. Let’s take a look:

Ok, so now that you’ve seen it side by side, what do you think? Do you feel like you’re getting something that is the same or close enough to what you were initially promised when you saw the reveals? What do you think of Quantum Break anyway?

I’m not quite sure if the actual gameplay looks quite as good as what was initially shown to us, but that’s also because you realise that when it come to reveal footage, the developers always love to add in little extras that really make a game pop, like natural animations of the characters reaction to some light in their eyes and other tiny little scripted moments that really put so much polish on.

In the end I still think Quantum Break is looking incredible, and I’m not only looking forward to playing it for myself, but also bringing you a review to help you decide (especially for us South Africans with that really rough new price).