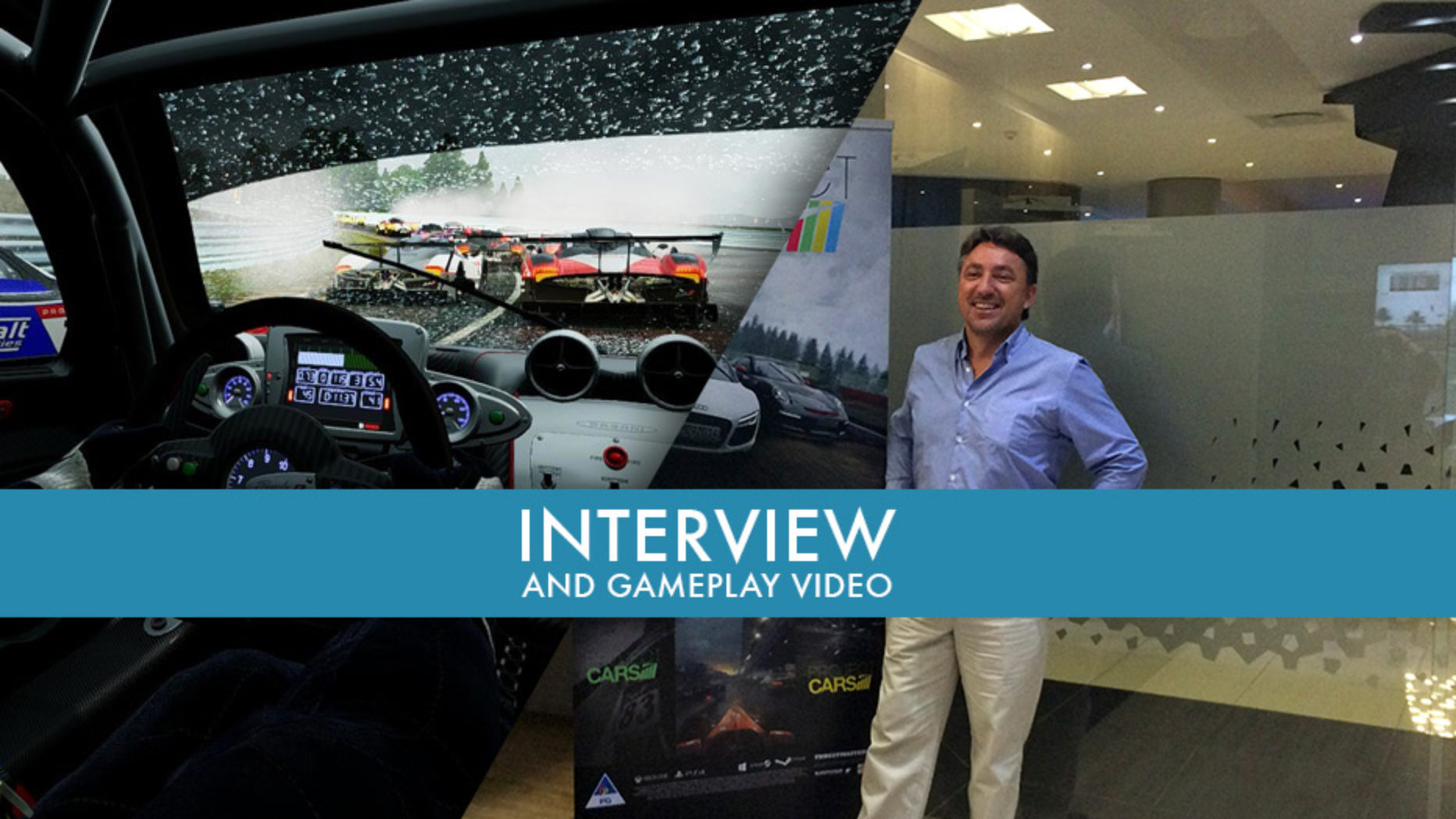 We had a great chat that we think any petrolhead and/or racing game fan will really enjoy, so if that’s you, check it out.

We recently had the chance to sit and have a chat with Project CARS Game Director Stephen Viljoen about everything from cars and roads to our favorite old racing sims and arcade games. We think any gamer who loves either cars or racing sims will enjoy listening in on two petrolhead gamers chat about this and that, and to make it even better, we captured a bunch of gameplay footage off of the PS4 and ran it over the discussion for you to ogle while you listen.

Some interesting points we took away from the chat:

A big thanks to Megarom for organising the interview, and thanks to Stephen and Slightly Mad Studios for the chat.

Read our impressions of the game here and stay tuned for our final review coming soon! Got any thoughts on the topics brought up in the chat? Comments below, you know the drill!