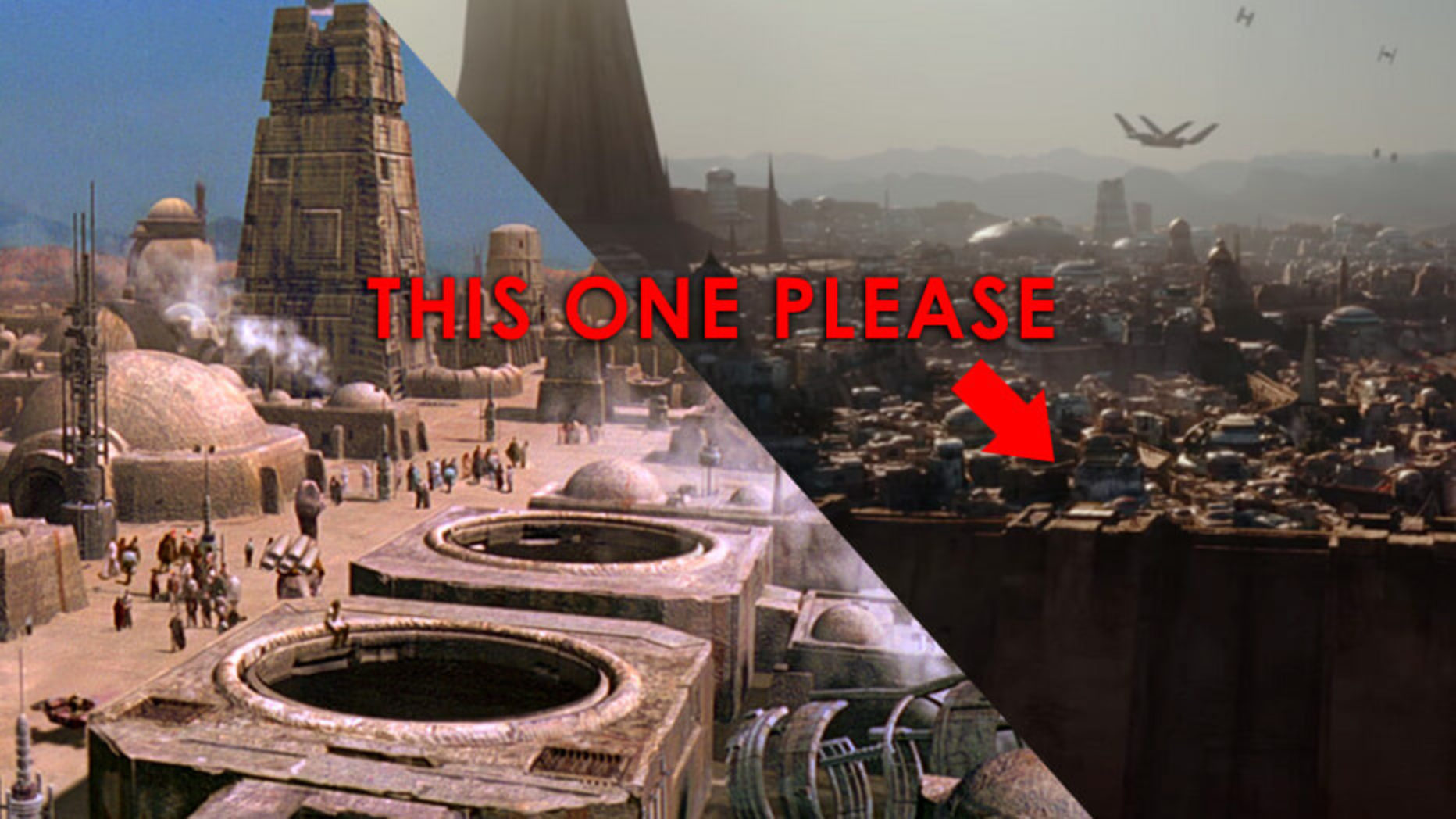 I am a huge Star Wars fan. If you’re reading this there’s a decent chance that you are too. Now what do most Star Wars fans have in common? Well, they don’t like Jar Jar Binks and they also think that George Lucas semi-ruined the original saga with his remasters.

Now, when I first watched the remasters on Blu-Ray, I thought they were okay but then… then this guy happened:

Despite that awful scene, a lot of the remastered stuff hurt the original tone of the films, but… everyone’s already discussed this stuff ages ago right? So what am I on about? Rogue One. Rogue One is what I’m talking about. Disney has proven that they have what it takes to recreate the true visual essence of the original saga and in many ways build onto it with some incredible cinematography and crazy CG technology (CGI actors aside).

So what could they do? Well firstly, get rid of all that trash that Lucas tacked on. No one needs it, I certainly don’t need it. Return the saga back to the tone we all knew and loved. Next, replace the now-dated-yet-again looking CGI scenes that were added and recreate what’s necessary with cutting edge tech as well as a way more gritty and realistic look, the likes of which have already been seen in Rogue One.

Then you know what they should do next to sharpen up the characters, the story and the setting? Can you guess? Do you have an idea? NOTHING. They can do absolutely nothing else, because they don’t need anything else. All of those elements of the movies were great, we all loved them, people still love them.  And hey… you know what else? You get to sell a whole bunch of Blu-Ray boxsets of the movies all over again, not to mention re-releasing them in cinemas. So, come on Disney… it’s a win-win.

So really, all I’m asking is… sharpen them up, undo some of the mess that Lucas made and return the core of our beloved films back to the way they were when we fell in love with them, and if you just happen to completely and perfectly bring the special effects sequences up to modern standards like Rogue One did… I really wouldn’t mind.

What do you think? Leave a comment below I’ve also previously asked if Disney is going to remake the prequels? Thoughts? You can read that here.