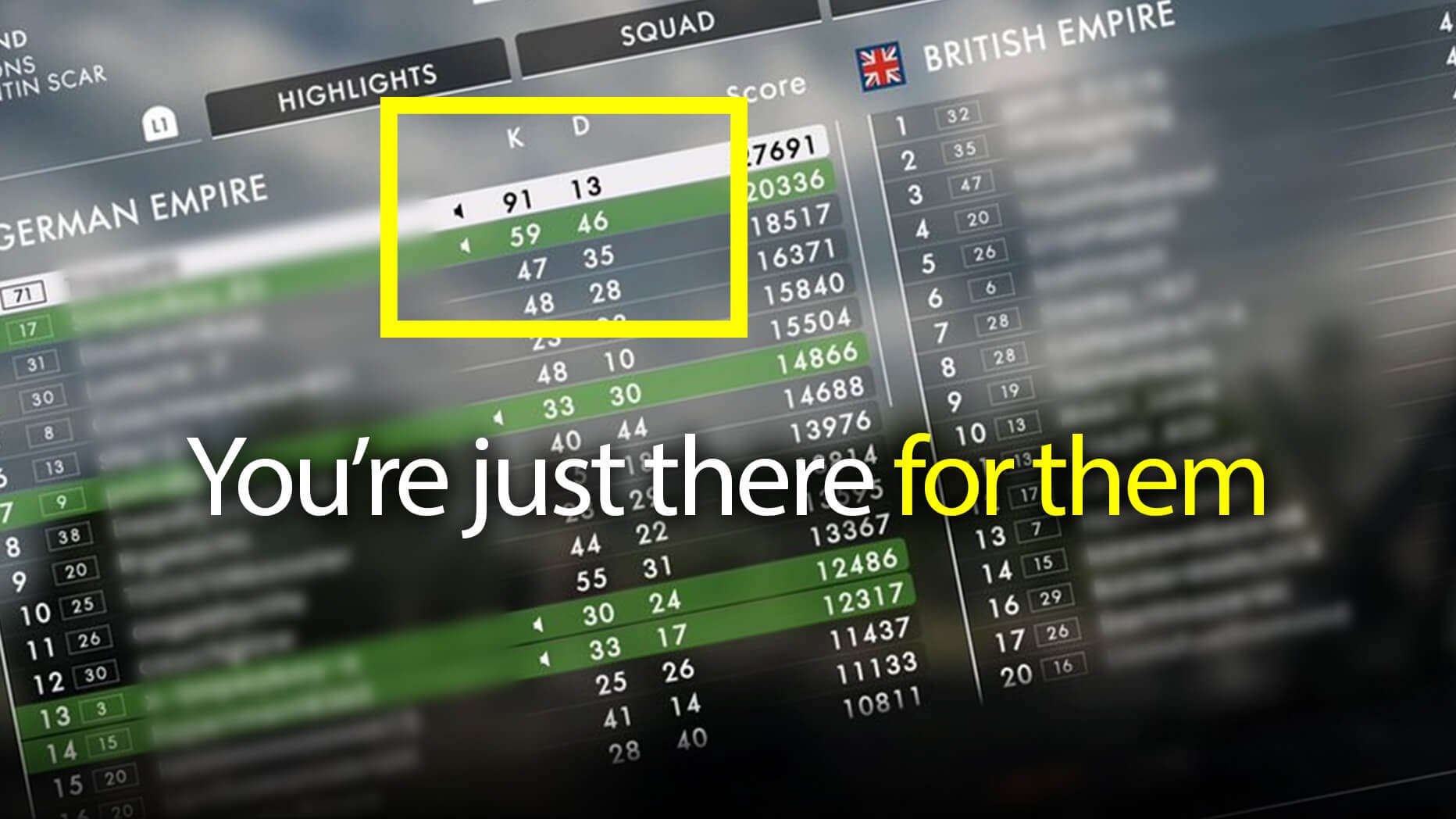 Opinion: Why Does Battlefield Punish Fun?

Anyone from my generation can remember back to when Battlefield 1942 first launched, and when you think back to the game coming out and also your first experiences playing it I can assure you that one word that would be flying around in your mind is “fun”.

It’s All About History

I’ll never forget the first time I saw it running, it was at a LAN and I was watching a guy flying around in a WW2 plane in this huge open map and all I could think was “wow this looks like so much fun”. And it was fun, it was the best fun. I have so many fond memories playing BF1942, and its Desert Combat mod because you could just go out into the map, and try have some fun, whether you were rolling with friends in vehicles or capturing objectives together.

I never did play Battlefield 2, but we all know the important bits that come next. That’s right, Battlefield: Bad Company. Boy were those commercials hilarious. Remember, the ones where they mocked Rainbow Six and Metal Gear Solid? 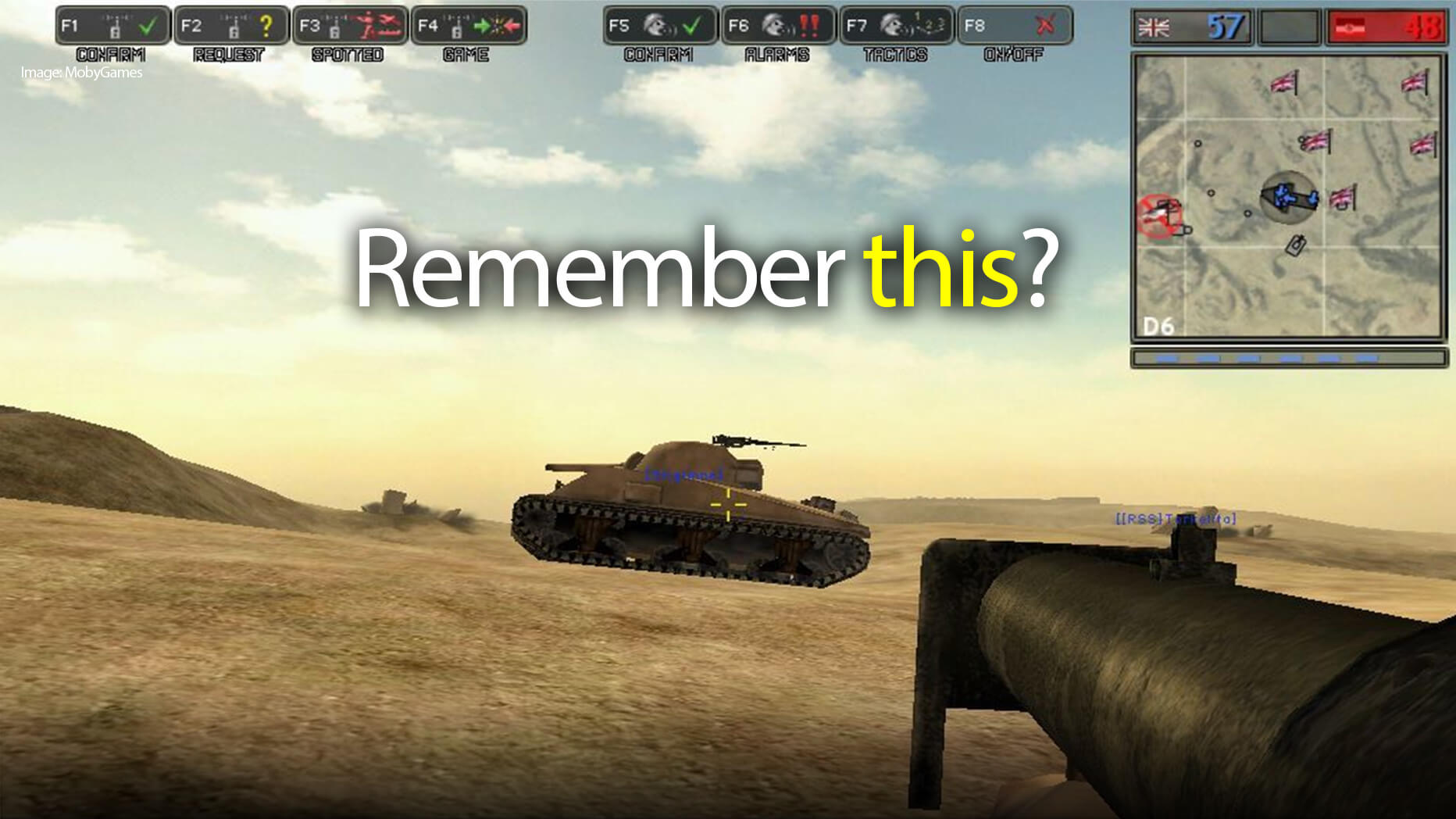 Most of the communities I’ve been around seem to agree that Bad Company was the high point for Battlefield. The right mixture between detailed, engaging large-map warfare, and well… fun.

Time for a quick story. My wife is a gamer too, we loved playing Gears of War and Halo online together and like many others we have our great days and bad days of kick-assery, but what’s important of course is that you’re at least having a good time. When Battlefield 3 came out I bought her a copy to play with us.

She joined her first game, she got so absolutely obliterated by tanks camping on hills, planes dropping bombs and snipers staring at her spawn points that she never made it out of her first spawn point. She legitimately cried because of how helpless she felt, then quit the game and never played with us ever again. I’ve had many a game taking punishment like that and needed to start asking myself why the hell I was happy to take it.

That doesn’t sound like the original Battlefield we fell in love with?

The Formula of Fun

There’s a very specific ingredient to the Battlefield formula that made it special, and that was that anyone should be able to load into a big map and go and screw around, while also playing objectives. You could have both, we know because they’d achieved it before. If you aren’t rushing down an objective with friends, but also laughing because one of your moron buddies flipped the tank and you’ve all had to scramble out and dive for cover while giggling like schoolgirls, well… then something was very wrong.

Battlefield couldn’t ignore Call of Duty: Modern Warfare, and so when it was time for Battlefield 3 to be made, your fun drinking buddy was stolen away and replaced with a strict, more hardcore friend who was there to keep you in line. I actually quite liked Battlefield 3 despite the big shift, but it was definitely the point where things started to get serious – because Modern Warfare was serious and Modern Warfare was the biggest franchise shift and revival (I mean, remember COD3?) I’d seen in a long time and its domination still hasn’t come to an end.

Battlefield had changed, heck you couldn’t even blow everything up anymore – and it got even worse with Battlefield 4, which was in my opinion very much down to its level design. So what good is a Battlefield game if you can’t run around and take on whatever comes next on the fly, and also can’t just blow everything up? Now it was about strategy and tactics and all that. It wasn’t that it wasn’t still any fun at all – heck I really loved some of it, but… stepping out of line felt way more dangerous now, meaning that maybe just maybe it was better to play more conservatively.

Don’t run around, or go do something fun. You’ll die pretty quick. I’ll never forget playing Battlefield 4 (I had it on PC and console but playing on PC was the worse experience by far thanks to how people played), and I went 40… FORTY minutes without even getting one kill. I was so done.

Am I wrong though? Don’t I maybe just have rose tinted nostalgia goggles on when I think back to BF1942? I don’t quite think so, and some of the proof of that is last generation we saw the re-release titled Battlefield 1943, and I don’t know if you played it – but it was hella fun and had all the great ingredients that I missed, dished up and served like no time had passed at all – I’d totally play something new that was more in line with that, and it would rock.

My biggest gripe by far with the more recent Battlefield games (even though it got a bit better with BF1 and BFV) is that they absolutely reward playing like a complete tool, and those that are trying to just have some fun – well guess what, you’re just the cannon fodder NPCs for the top 5 people on the server to shoot at. I’ve been keeping an eye on the BF scoreboards for a while, and its always shocking to see that the top few players on either side just aren’t even playing the same game as the rest of us.

DICE has tricked us into populating servers for a few people to dominate like some gods sitting up top deciding our fates. You can try work really hard to help your team, and get those revives, but don’t be surprised when you’re 18th on the scoreboard and some guys on top have like 54 kills and 1 death because the’ve spent the entire game hogging tanks and just blasting the poor idiots running around actually trying to play the objectives.

Matchmaking can’t really help either, because unlike a game like Overwatch that can easily slot a handful of folks of similar skill together into one game, Battlefield has to fill these massive servers up with people, and its even worse if you’re a South Africa for eg, and have the choice of like, 1 server to play on.

This means that a Casual Joe who just bought the game and wants to try have some fun has to play in the same server as that weird kid from school that plays Battlefield for 4.5 hours a day dressed in all his military gear that he specially ordered online.

You know the one who can’t stop telling you about how great wars are and that we should totally have another one soon because it’s good for development. Yes, the one who puts posters of tanks on his wall and the one time you were in their room you were prettttty sure you spotted an old Nazi flag tucked into a box in their closet.

Yup, good ol’ you with your bright eye, bushy tail and little SMG and starting equipment gets to run around in the same server as that guy sitting up on a hill in a spot no one knows about using a rifle the size of the last vehicle you tried to spawn into. Good luck with that.

I don’t want to just rag on Battlefield (I mean I do), there’s still a lot of fun to be had, but boy do I swear in Battlefield more than any other game I play, by an absolute mile. The games still offer so much depth, so much to do although I think its pretty hard on anyone who is just starting out because, you just don’t have equipment that’s as good as some of the other folks running around – AND WORSE when the biggest Battlefield Nerds are getting access to the game days before the casual players.

There’s a lot you can do in the modern Battlefield games, there’s insane levels of depth and so much equipment to unlock and tactics to explore.

Just don’t try and have fun though, it’s not safe.

Read our Battlefield V review. Also, we’ve got some other cool articles like this recent one about how amazingly large and detailed Red Dead Redemption 2 is, so go and give it a read by clicking the link or the image below! 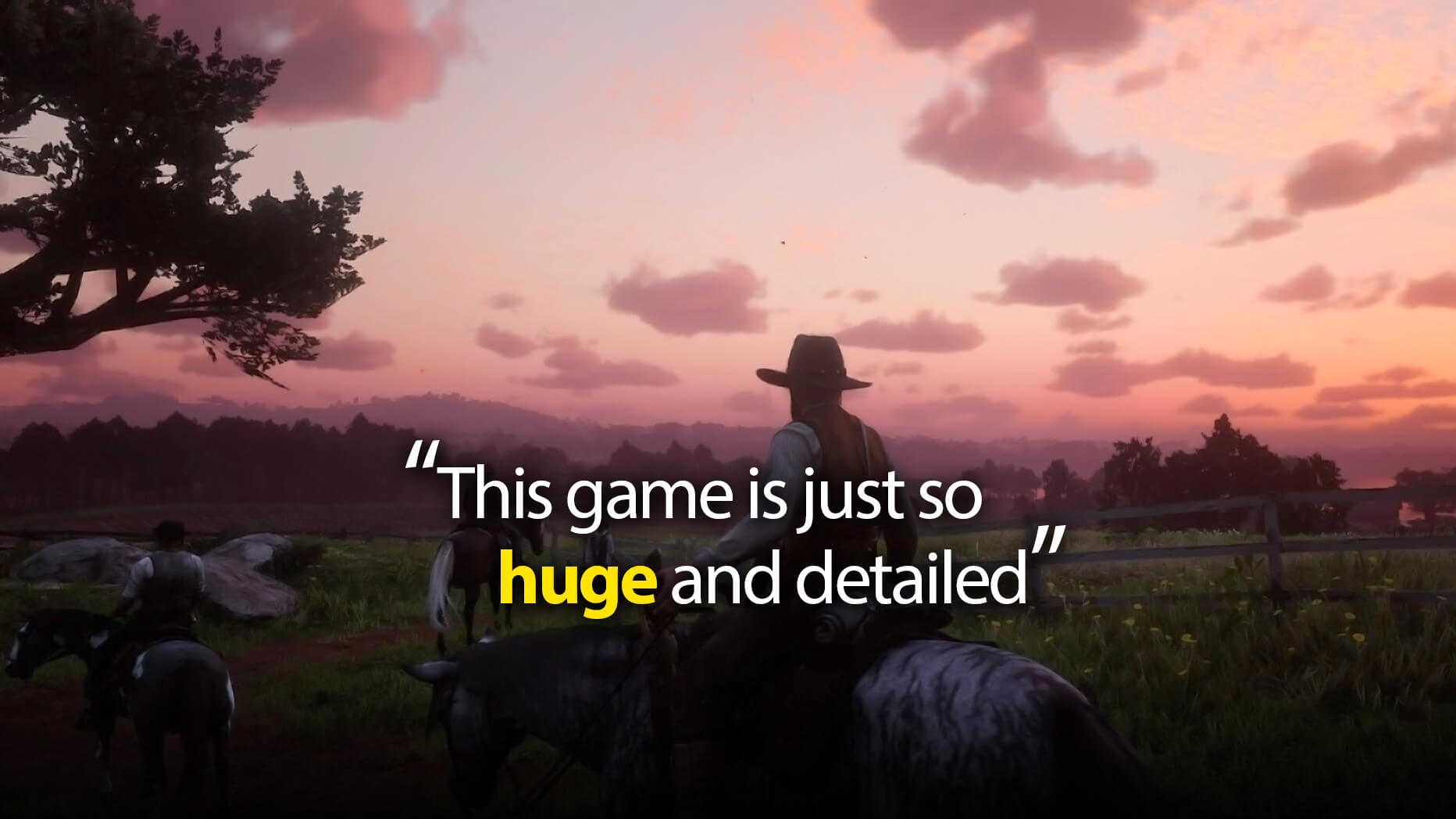