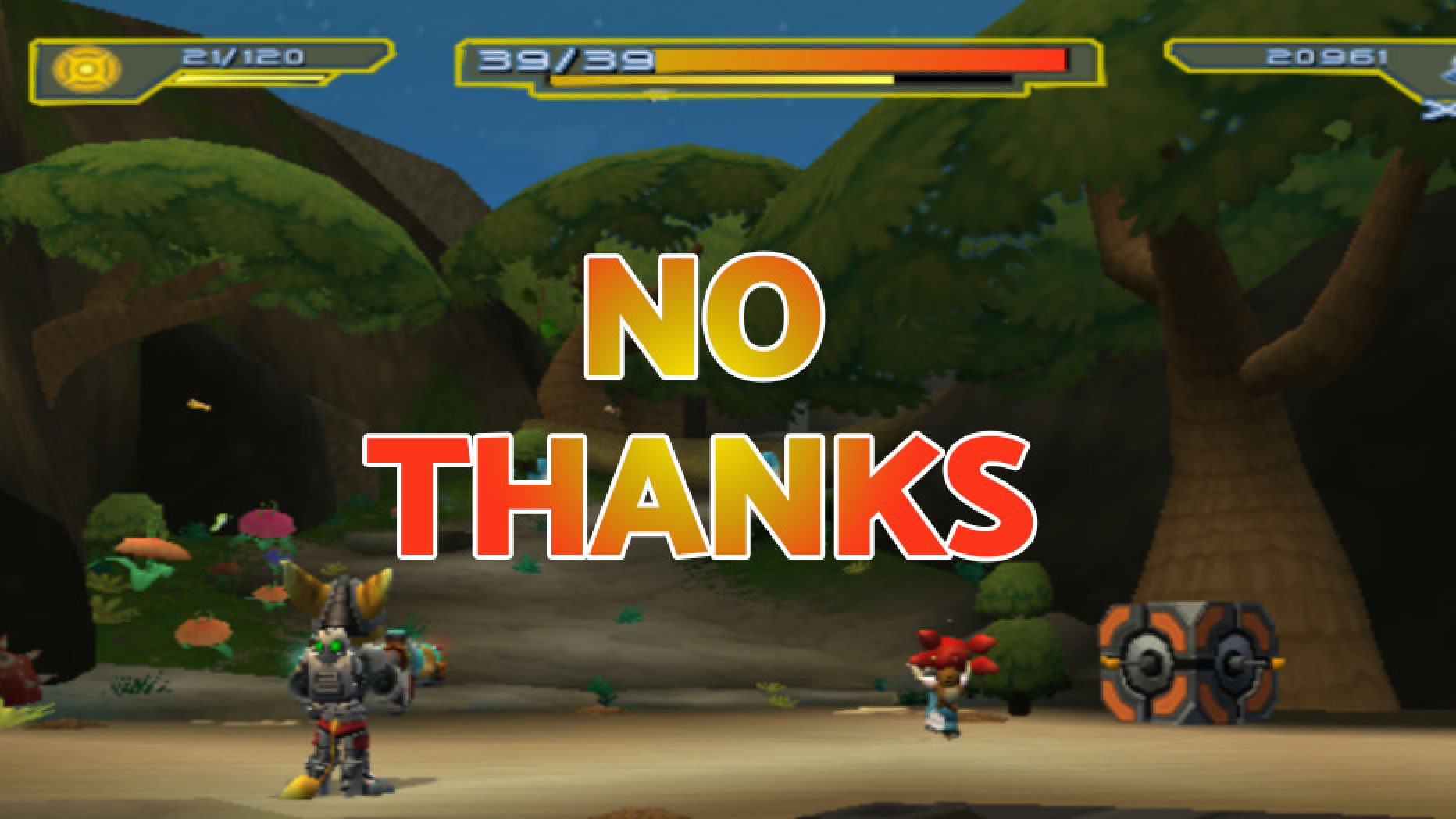 Are You A “Modern Gaming” Snob?

You can watch tons of old movies and they are pretty much just as good as when they came out, right? In many cases their “HD remasters” on Blu-Ray make them even better (I’m not looking at you at all Star Wars remasters). Sometimes their age even makes them more likeable. You can also read an old book and still have the same great experience as when it first released. With video games it’s just not that simple. Especially when it comes to those released in the early 3D years of the PS1/PS2 and its rivals.

I’ve been meaning to get around to playing the remake of Ratchet & Clank on PS4 since I bought it on special a year or two ago, and as luck would have it, I finally started playing right before it went free on PS Plus. That aside, I was enchanted by all the gorgeous Pixar-like visuals that I’d been told about, and since I’ve never really played a Ratchet & Clank game before, it’s about the best introduction I could get to the beloved characters. I started playing with wide eyes and a big smile, because it not only looks so amazing now, but it really takes you back to the early Playstation days of open-plan levels, 3D platforming and all sorts of weird and wonderful ideas for weapons.

Problem is, I’m finding that it’s wearing thin really fast. It started off as a “hey, this really takes me back” and in not too long has turned into a “hmm, is this really all there is to it?” sort of feeling. It lacks the depth we’re used to and so it’s really down to just the gameplay to keep it engaging. The strange guns are fun to use, and I do know that there are some additions from other R&C games as well as a completely new one, but I just can’t shake this odd vibe I’m getting that… well, that I’m past this.

Now, I have some friends and industry associates who live and breath retro/classic gaming. I’m not mentioning names, Dawid. These sorts of folks love nothing more than to pull out some game from 1998, load it up on their Sega Super Nemesis system and then jam away all night. I’ve had similar experiences finally playing games like Banjo Kazooie on Rare Replay and Conker’s Bad Fur day. I just can’t seem to stay engaged. I was even loving the hell out of the Beyond Good and Evil HD remaster some years back and just… I don’t even know what happened.

These early 3D titles sit in a strange place between modern 3D gaming, and old 2D retro. I’ve been playing Castlevania: Symphony of the Night on my Vita on and off over the past year or two and it still feels every bit as good as I want it to be. 2D graphics often start off looking good, and just get more charming with age. I played Shadow of the Colossus for the first time on PS3 thanks to the HD remaster, and it was terrible. Clunky controls and awkward looking visuals did the game very little justice, and I regret playing knowing that a full remake was coming later on. Super Mario 3? You can pop that in right now and its gonna be brilliant.

So far the only real exception for me was when a friend who loves retro gaming (once more, for the sake of privacy let’s just call him exactly Dawid from SA Gamer), was kind enough to buy me the Metal Gear HD Collection on Xbox 360 as a birthday gift, and not only did I finally get to finish off Sons of Liberty (I’d only ever finished MGS1 and partially played MGS2), but I played and fell head-over-heals in love with Metal Gear Solid 3, a game I skipped back in the day because the internet didn’t really exist yet and one friend said “I heard it was crap”. I loved it so much I had ordered MGS4 for PS3 online before I was even finished so that I could just keep going.

So for me, it’s a bit of a mixed bag. I must however admit to myself that I seem to be leaning toward being a snob though, whether I like saying it or not. I love a lot of the advancements we’ve made with visuals, control schemes and even just the way we use interfaces.

Heck, let’s not forget how damn bad cameras always used to be back in the day.

So I’d love to hear about your experiences. Are you a snob for the latest and greatest? Can you go back and play the older stuff. It’s not just about visuals, its about the whole experience that ranges from controls to methods of storytelling. I’d love to hear what you think.