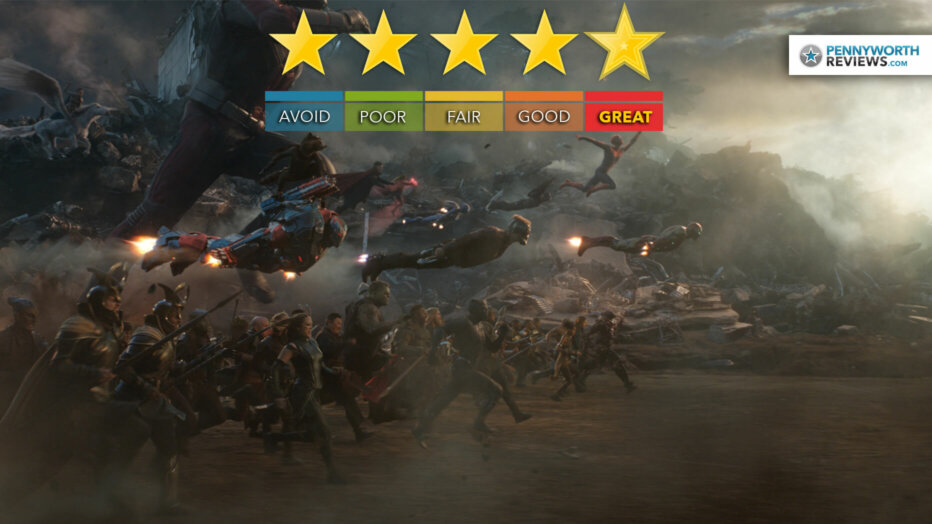 If you didn’t know by now, Avengers: Endgame is like, the biggest movie of all time. Between Infinity War and Endgame, you are looking at roughly 6 hours of some of the best, well written, funny, action packed, beautiful looking, star-studded entertainment on the planet.

End Of An Era

I was busy watching some old films from the 50s this week and it got me realising that these massive Marvel finales do in many cases feel like the modern day version of the big Epics of old. Endgame is one of the biggest and most successful endings to a chapter that the world has ever witnessed. I don’t just mean as a commercial success either, I’m saying that Marvel, Kevin Feige and The Russo Brothers really pulled it off. Wouldn’t you agree?

With this new era of streaming and easy access to almost anything, it almost doesn’t make sense to buy and add physical disks to a library any more. This is something special though, and these movies feel infinitely re-watchable for the entertainment value alone. While it might be a bit much to keep up with owning all the Marvel films at this point, these “caps” are definitely the highlights that they should be, and a great way to go and visit all your ol’ Avenger pals every now and then.

Read All About It

There’s a pretty touching video in memory of Stan Lee and how much he loved his cameos in the films, so make sure you don’t miss that. I’m a big fan of extras and special features on Blu-ray but the truth is that these days you can just find everything uploaded to YouTube within days of release.  So there isn’t much added value there any more. Still, it feels right to have Infinity War and Endgame on the rack.

They are special, and for good reason. We don’t know how Marvel’s next phase is going to turn out, but Endgame sits as an absolute high point that proves that Marvel set out to achieve the impossible… and absolutely nailed it.