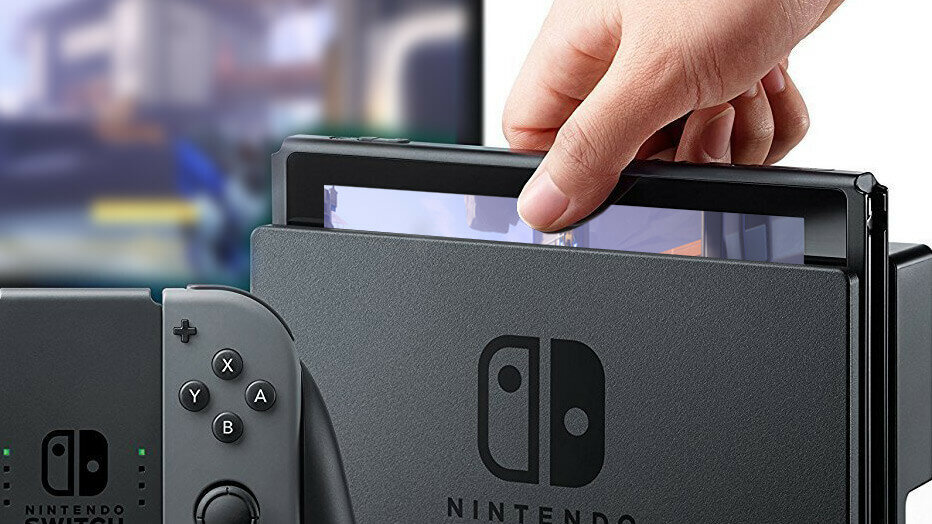 The Nintendo Switch 2017 Line-Up Is Missing One Key Title

Many of us are really happy to see that the Nintendo Switch is quickly planting itself down as a fun and great move for Nintendo that once again breaks the mould and does something different rather than just playing the me-too dick-swinging contest that exists between the PCs and HD consoles.

Now here’s the thing, Nintendo can basically exist in its own bubble. While 3rd party support is great and a lack of it has hurt their consoles in the past a little (see the Wii-U), the truth is that most people buy them for their first party Nintendo favorites like Mario, Legend of Zelda, Mario, Mario, Zelda and those others we all love and adore. I do however think that The Switch is really missing one key multiplayer title out of the lot that’s out there, and its sort of hitting a bit of the right spot with Splatoon but just not quite.

That title is of course, Blizzard’s immensely popular multiplayer team game, Overwatch. Not only is Overwatch amazing multiplayer fun, incredibly profitable (the most profitable on PC in 2016 in fact) for a game that releases free maps, characters and special event content, but it can also basically run okay on a calculator and still look decent thanks to its gorgeous visuals relying on a great art style and not super-hardcore-pro-elite extreme xXXx graphics. It might still be a tad challenging though, as Overwatch’s director Jeff Kaplan stated in a Reddit Q&A when asked about a Switch version said that:

“My second favorite gaming platform of all time is the 3DS. Getting (Overwatch) on the Switch is very challenging for us. But we’re always open minded about exploring possible platforms.”

To also just prove a little bit of a point about how decent the game can still look, I jumped into Overwatch’s shooting range mode and took two raw screenshots of essentially the same scene, one set to pretty much all “Epic” visual settings, and then one set to the absolute minimum low settings, and what you’ll notice is… 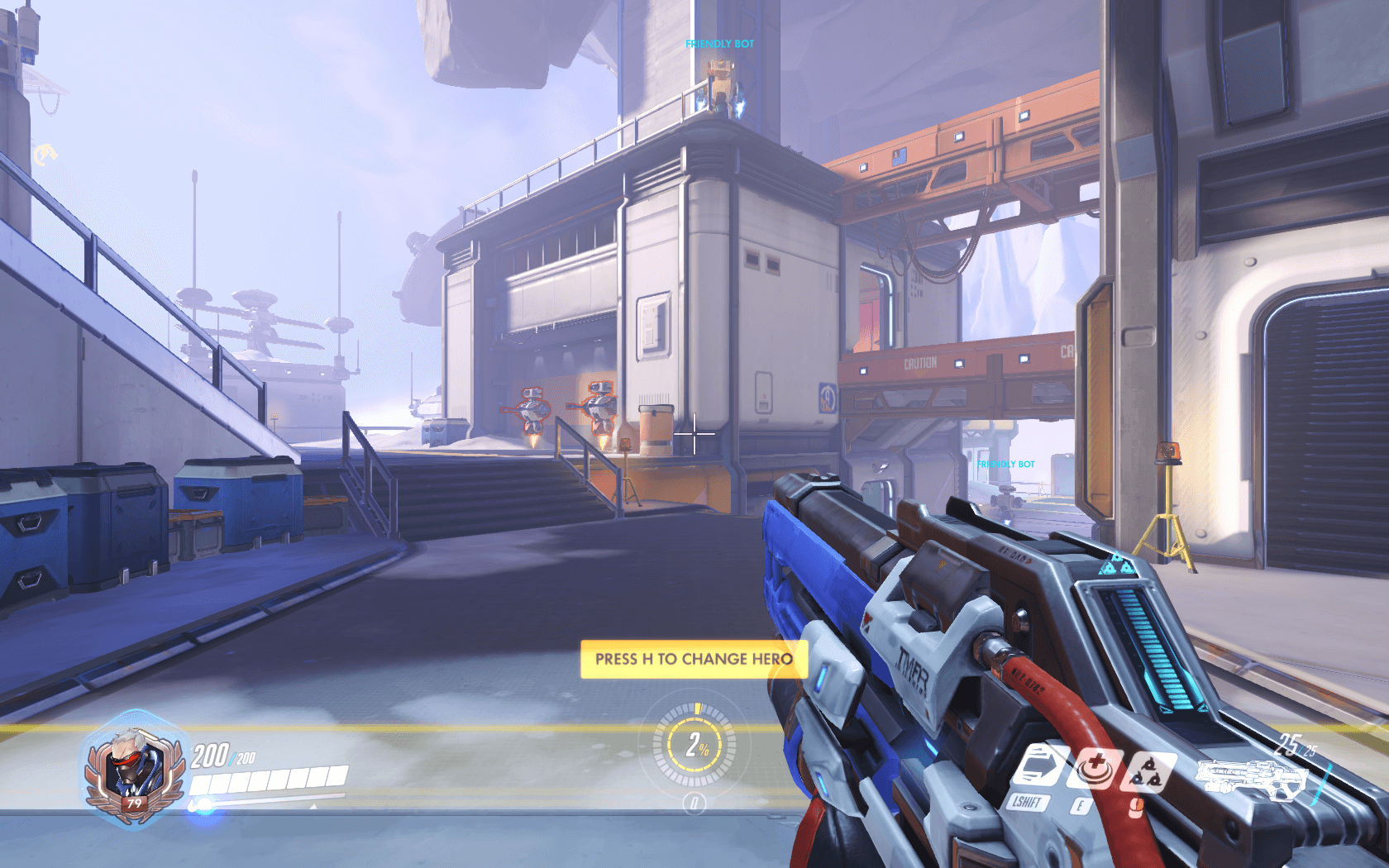 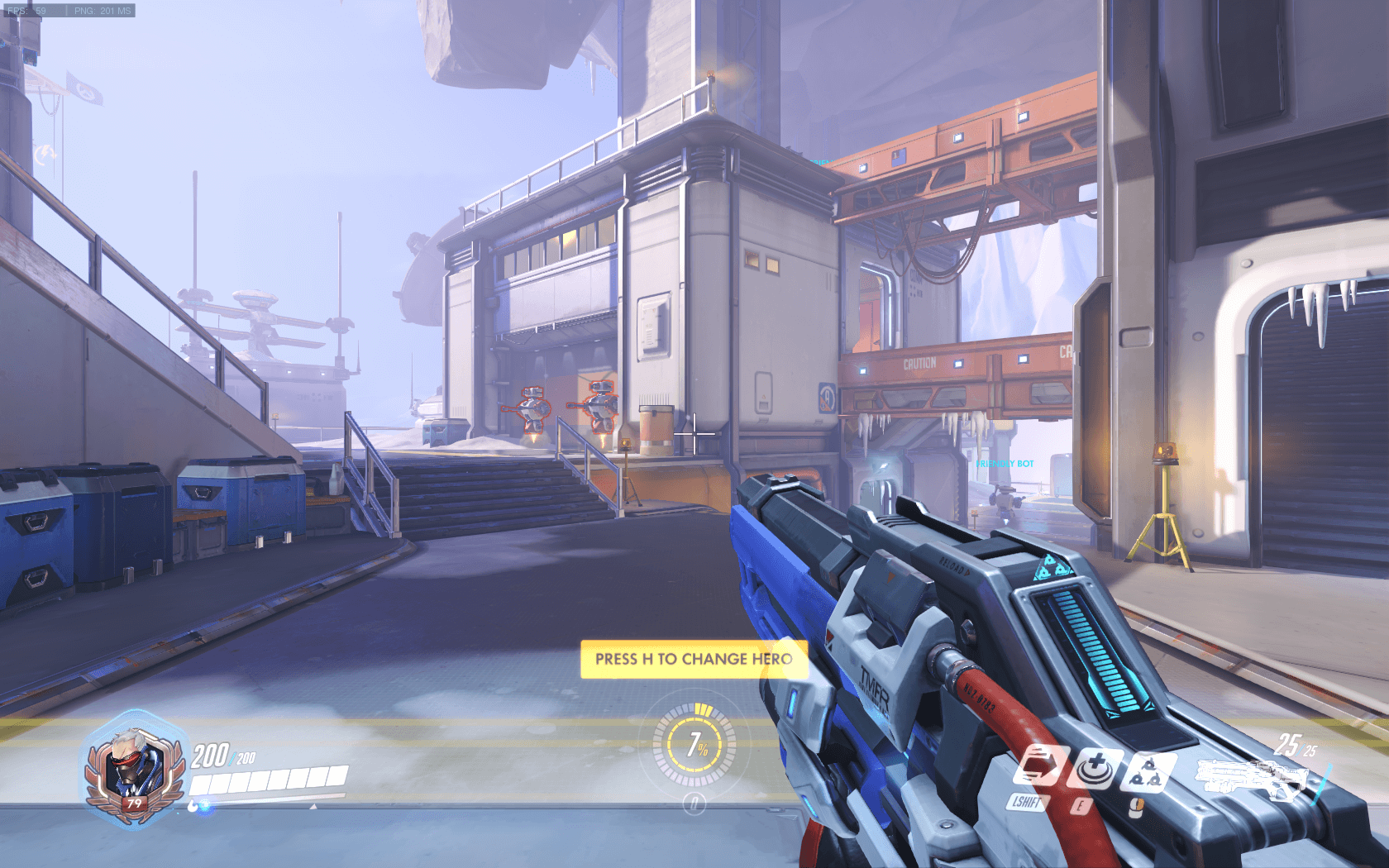 …they really don’t look all that different, and of course that’s before optimising and tweaking to bring in some other nice little touches while removing other things the Switch really doesn’t need so that performance can get a boost, even if its only running a decent 30fps at 720p or so. And for interest’s sake, here are the minimum PC specs: 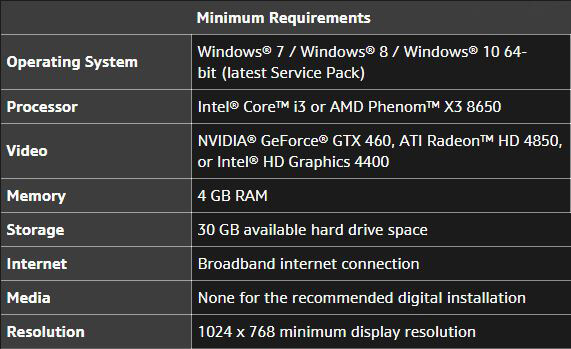 After having it over a year including a bit of a month or two break from it here and there, Overwatch is so incredibly addictive and just such a great title to serve as the go-to online shooter for Switch fans to enjoy when they aren’t racing karts or tooning splats. The other great thing is that Overwatch sort of falls into Nintendo’s domain, it’s visuals are simple but beautiful, it’s not overly violent and it also features a varied and diverse cast of playable characters. It’s a win/win, and one that I’m really hoping Blizzard will consider and Nintendo will accommodate.

It might be a little awkard having someone on your train screaming “GET ON THE POINT YOU MORON!” at 8 O’clock in the morning, but hey, that won’t be as awkward as the fact that they’ll be screaming it into their phone and not the actual Switch, right? I’m tempted to get a Switch but I’m waiting for the right time to pounce, if Overwatch gets announced for it, my ability to hold out won’t last a day longer than its launch.

Extra Bonus because I can: Here’s a Play of the Game from last night that showed an amazing moment of team work as we used Mei’s Ultimate to freeze err’body, Orisa’s Ultimate to boost err’body and then Reaper’s DIE DIE DIE Ultimate to kiieeellllll err’body. Good times. The Soldier 76 from the end of the clip saw his butt shortly after too. Team Kills FTW.