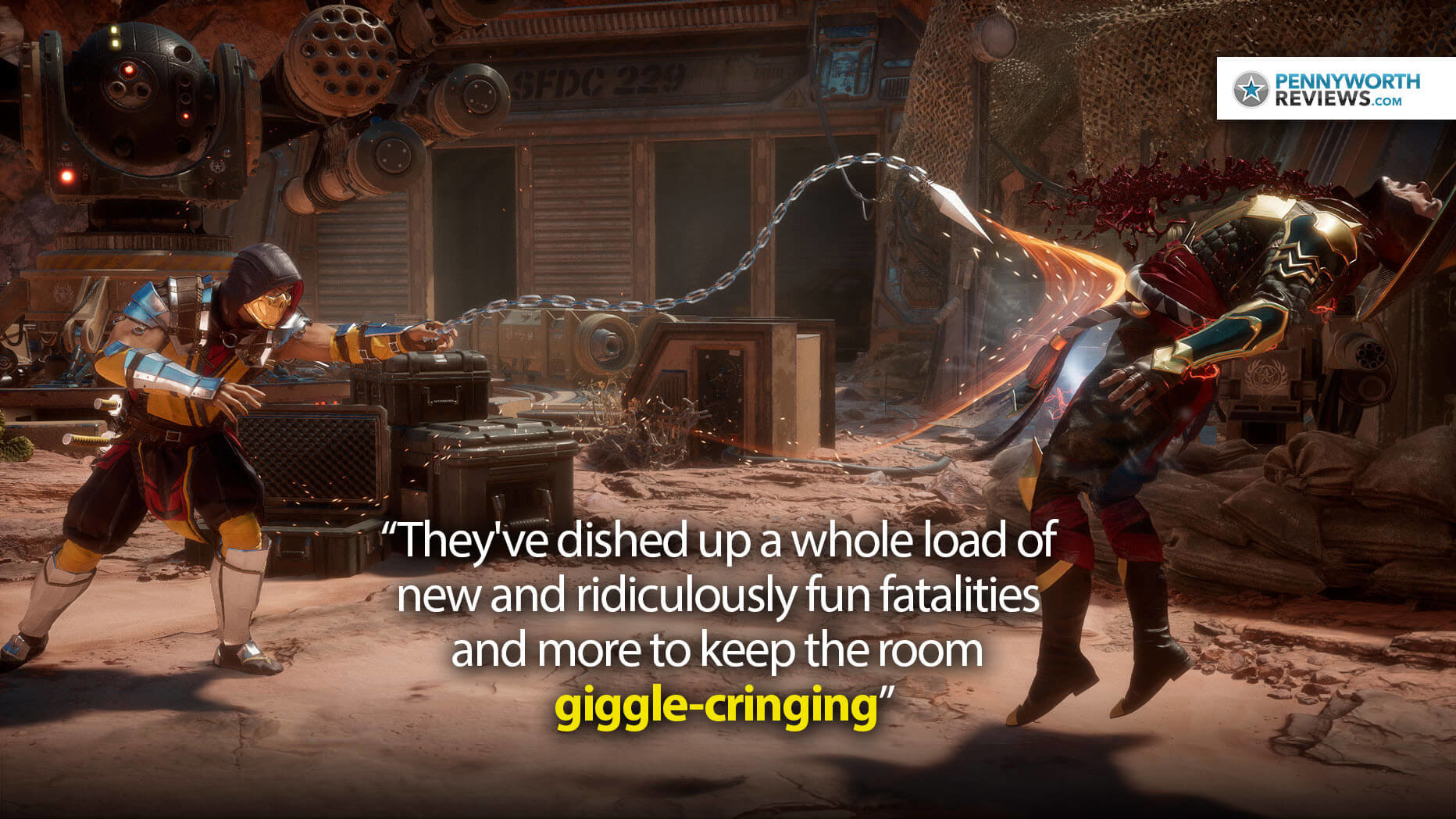 After many years of delivering gruesome deaths and heart-pounding visuals and audio, the Mortal Kombat series is still going strong after finding its way again with Mortal Kombat 9. While I only had a short bit of time with MKX, I’ve been spending some time with MK11 and want to give you a bit of a feeling of how its feeling. We’ve played it, so now it’s time to tell you a bit about it.

First thing worth mentioning is that it’s looking better than ever, but with just how damn good Injustice 2 looked last time around, we already knew that it was going to impress. I’m still trying to find my feet when it comes to the combat system, but NetherRealm’s still sticking to their new, more competition-grade fighting system and its still doing its job of adding significant substance to the franchise’s appeal. I’m also happy to report that it also still allows the game to be pretty fun to the newcomer, and while the game is very happy to train you in the advanced ways of the warrior, casuals can still have a lot of that old-school button spammy fun by just learning the basics and a few special moves.

Of course, its no surprise that they’ve dished up a whole load of new and ridiculously fun fatalities and more to keep the room giggle-cringing.

As someone who has taken a step back from getting deep into fighting games, I’ve been super keen to get my hands on the story mode. It must be noted that Injustice 2’s story mode was fantastic, and played out like a proper DC Animated feature, except that you get to fight the fights.

With MK11, it’s a similar case and this time around the whole concept is based around mashing the past and present to not only have a little fun with the story, but to also try let the fans have their cake and beat it too. The story is however, pretty damn contrived and hard to follow at times and that’s even without the mix of old and new coming in to play. There are two of some people (from past and present) and it can be tricky to know what’s going on with the lesser known characters.

So while I am enjoying the balance of fun fights and action-packed cutscenes, I can’t just help but feel that Injustice 2 outdoes MK in this regard by quite a margin, and maybe also just because people are way more familiar DC Superheroes and their stories. With MK I’m finding myself doing a whole lot of “wait, who was this one again?” and I don’t think that I’m alone. That said, some scenes are still super bad-ass and/or fun to watch, especially some of the stuff featuring the Johnny Cages – maybe it’s just me but I wouldn’t mind have MK go back to its simpler times (A modern engine complete remake of MK2 PLEEAAASSEE).

Your Soul is Mine

Where I haven’t spent too much time yet at the time of writing is with the Tower and Multiplayer modes, and I’ve already heard that this is where MK seems to fall a little short, thanks to very grindy unlock systems that almost seem to mimmick free-to-play mobile games. If so, that’s pretty disappointing because the rest of the package is really looking and feeling pretty solid.

We’ll have our review available for you soon.