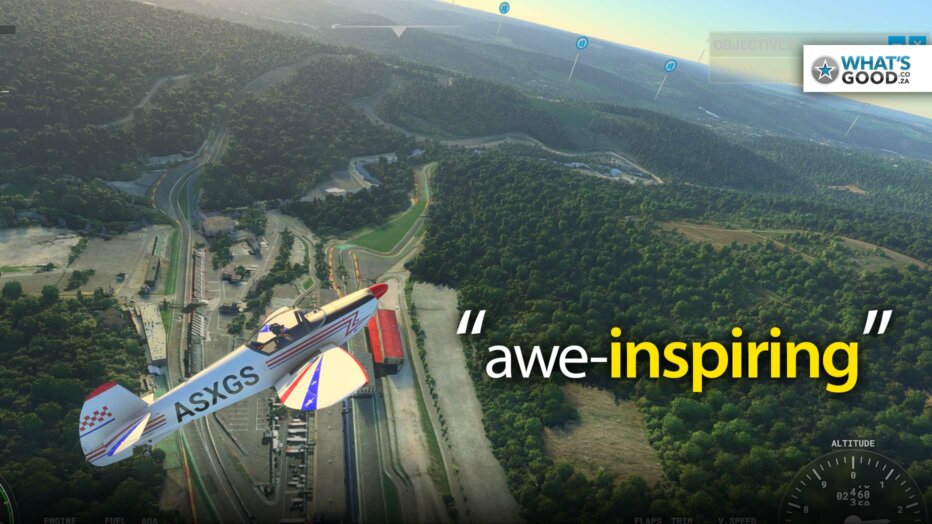 So I’ve been able to give Microsoft Flight Simulator on Xbox Series X a go over the last few days and boy is it impressive.

There’s already something awe-inspiring about looking out over the lightly curved horizon from up high, and its now equally impressive to look at the very same thing in a virtual space and have it look (and even feel) as impressive as in real life.

Most of us have always wanted to learn how to fly a plane, so there’s a big interest hook sitting there for anyone with Game Pass and a PC or console that can run this, but up until now the best most of us have gotten is playing some Jet Fighter games or getting spawn camped in Battlefield.

Nothing Plane About It

The Xbox Series X hasn’t had that much to really show off what it can do, and while this is still a simulator and the next hot shooter, again… you just look on in awe. The landscapes are vast, and there’s just so much detail for a flight sim.

The insane selling point… it features the entire damn planet. Like, pretty much ALL of it.

In a city like mine that isn’t exactly New York, you don’t expect the world to have every building in detail, but it’s still amazingly accurate on the whole, and places like the shopping centre down the road are actually strangely right, especially when major landmarks like the Union Buildings not far from me have been replaced by some generic rectangular buildings, unless something just didn’t load in when I was testing.

The controls while in casual assist mode are simple to get a hold of so you can fly around, but the sim stuff is… well, sim. I spent some time doing the first set of training and its fascinating just how accurate it is, and how detailed the cockpits are. EVERYTHING works, and being taught how to fly a Cessna with basic training is incredibly tough, but you know that you really are getting some proper training.

I’m super impressed with Microsoft Flight Simulator, it isn’t just a cool way to chill and check out the WHOLE planet, but its also a hell of a way to showoff your new Xbox to your friends and family – and that’s all besides the fact that it’s a 100% genuine flight simulator.