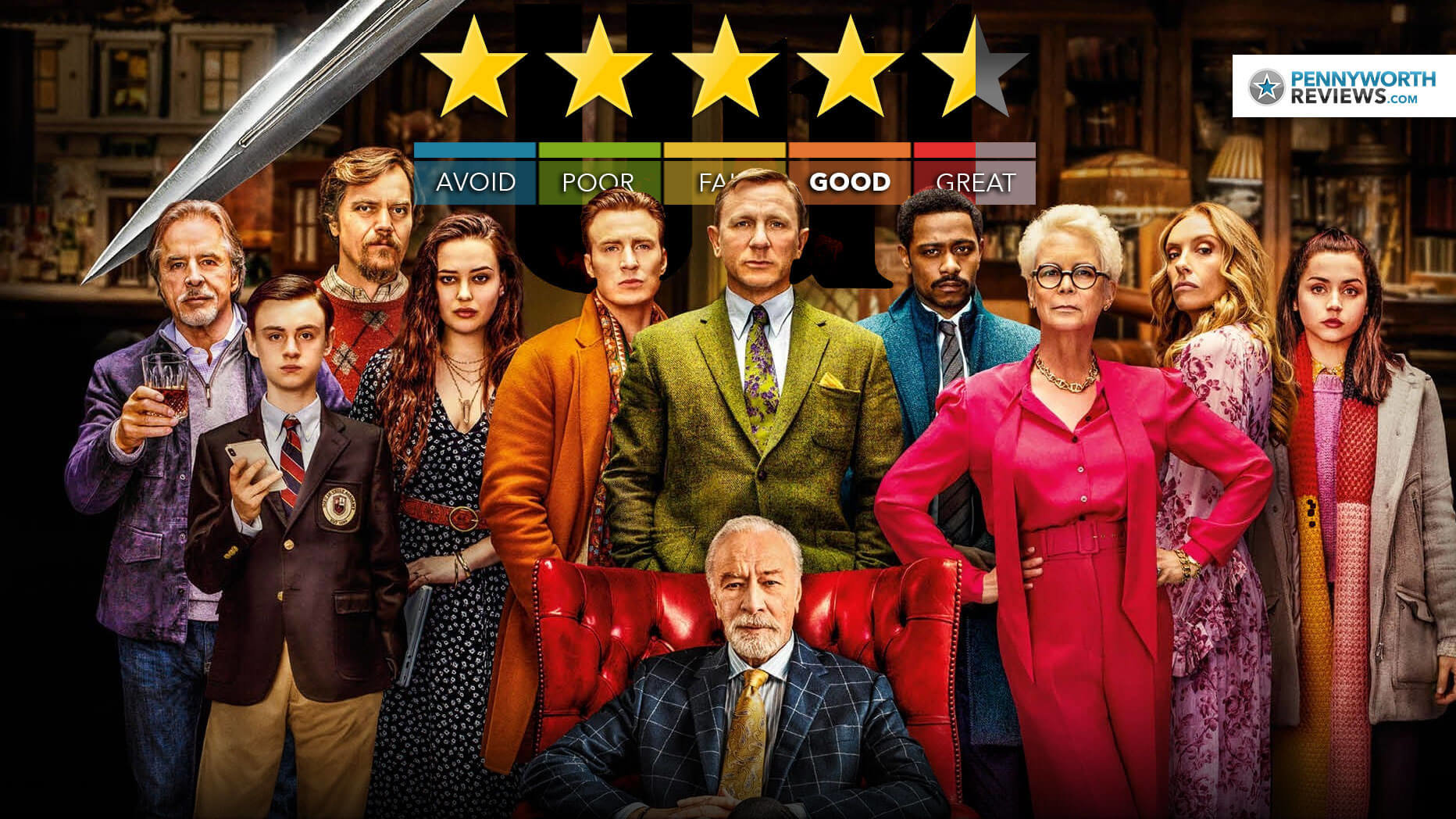 A great Murder-Mystery with fun characters and a interesting twists

Knives Out – Film Review | An Entertaining Whodunnit With A Great Cast

What is it? A good old-fashioned WhoDunnit with a phenomenal cast, created for fans of murder-mysteries who think they’ve seen it all.

Written and directed by Rian Johnson (Looper, The Last Jedi, Brick), Knives Out brings all the classical magic of murder and mystery that you’d expect from a properly solid murder-mystery film – and it’s clear that Johnson is a huge fan himself.  A rich and famous murder-mystery writer is found dead from an apparent suicide the morning after his 85th birthday party. Investigators  round up and question his family and help on the hunch that foul play might be afoot, with a large manor-esque house providing the setting for most of the film.

The cast in this film really are the stars of this marvellous package, with incredibly entertaining bouts of domestic discord and familial flamboyance. There are notable performances by the Ana de Armas, Daniel Craig (with a wonderfully strong southern accident) and well… almost everyone, really. A marvellous package indeed though, as the full joy of the film really comes together from the combination of great directing, hilarious and smart writing, gorgeous cinematography, a great setting and the aforementioned cast. As a murder-mystery, Knives Out isn’t afraid to really throw a few spanners in the works, and take even the most seasoned fan of the genre for a ride through unexpected twists and turns.

Knives Out delivers an immensely entertaining group of characters that deliver good laughs and a fun mystery that unravels into something unique for the genre. It’s a good time out.