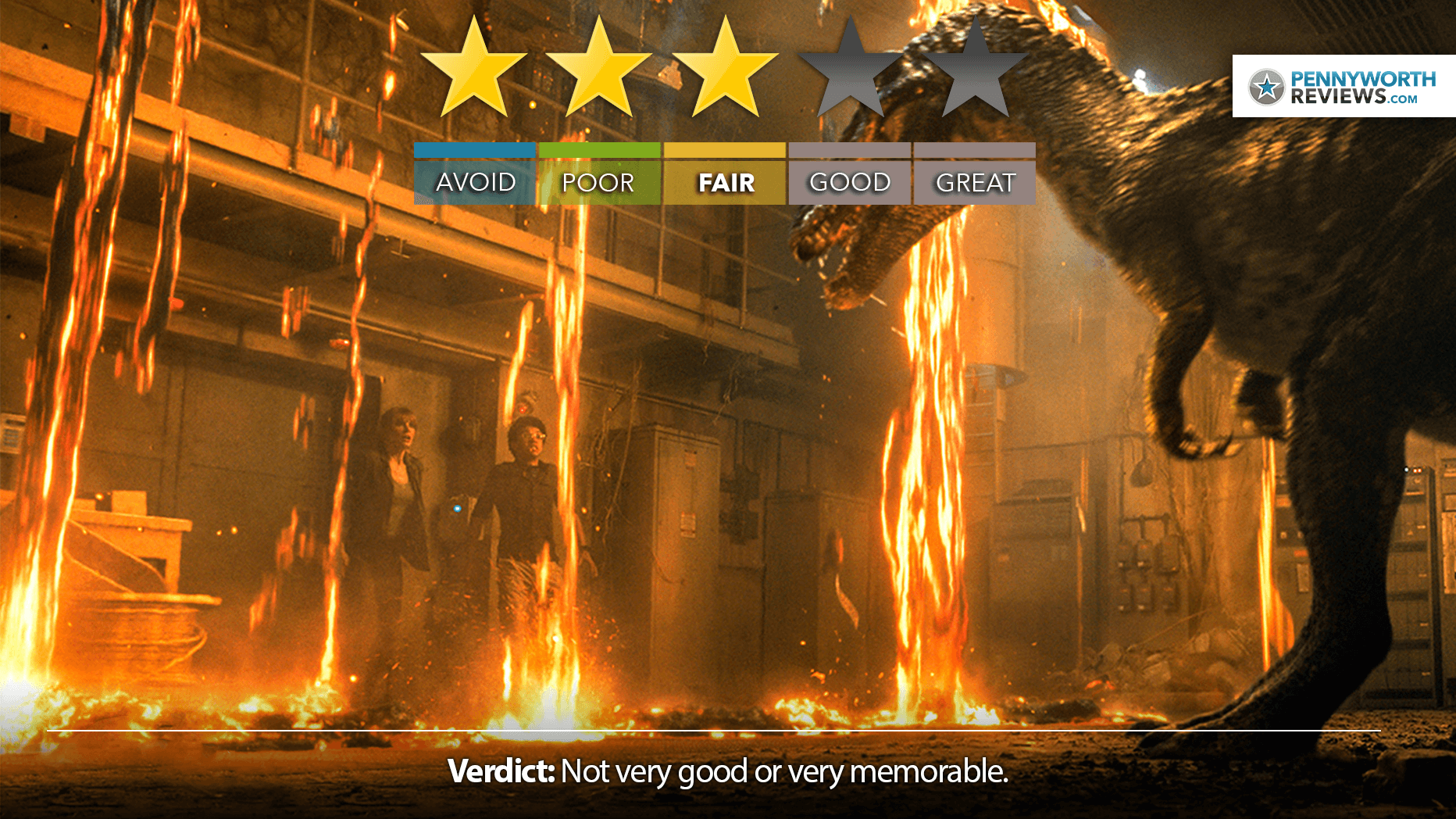 What is it? The next “Jurassic Park” film and the direct sequel to the Jurassic World film that brought the franchise back to the big screen. In a story that feels oddly familiar to the second Jurassic Park book/film, the people from the first movie return to the island and things go slightly wonky from there.

Verdict: It has some big, fun moments, but it’s not very good or very memorable.

I want to get something out of the way first, and that is that if you saw the final Jurassic World trailer, pretty much the entire movie and all its best story bits were ruined for you and I’m sorry. I went the extra mile to avoid the trailers, even sitting in the IMAX twice with my ears closed going “lalala” during trailers because I heard it gives everything away. It does, they did.

So, even going into the movie with fresh eyes, the opening five minutes were so damn good that I thought we had a winner on our hands, but the truth is that it all went down from there. Don’t get me wrong, this film isn’t broken… it’s just a waste of potential and seems to completely miss why people like the “Jurassic” movies. The entire premise just isn’t that entertaining, and while the conclusion of the film does put the franchise in a good place to move forward, this movie with its super lazy writing, shift to an uninteresting setting, repeated gags and abundance of “look how beautiful our lead actors are” close-ups just didn’t make me feel like I was out at the theatre for a magical summer blockbuster experience. It felt like a sequel in the worst of ways, and takes a setting that’s worth going to the movies for and replacing it with something way less interesting for this sort of film.

The film was also overly PG friendly and the result is that you just don’t really fear for the character’s lives the way you did back in the first film. You know they’re fine, and the baddies will probably get what’s coming to them; and so it devolves from a smart, tense thriller with action beats into a bog-standard action adventure where Captain Hero takes on Angry Monster – with some pretty nice visual effects, of course. The first Jurassic World couldn’t stand up to the majesty of the original Jurassic Park, but it’s twice the movie this one is and I’d rewatch it again before giving this one another go. It’s just not very memorable.