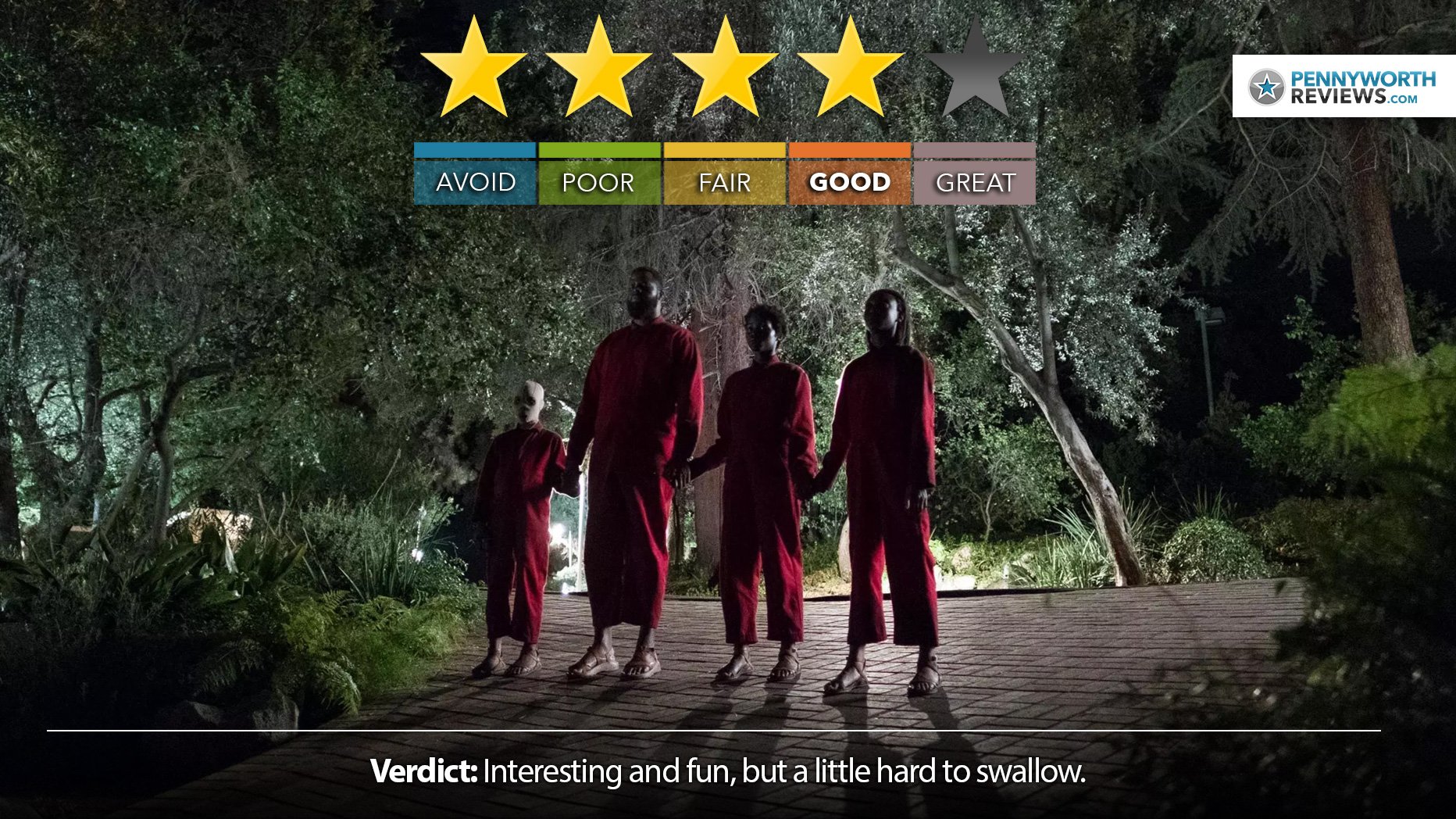 It’s weird in the right ways, but struggles to fully sell the concept

Summary 4.0 Great
Story 3
Performances 5
Production 4
Experience 4
Summary rating from 1 user's marks. You can set own marks for this article - just click on stars above and press "Accept".
Accept
Summary 4.0 Great

What is it? Leaning into a bit of a Twilight Zone vibe, a family on vacation are in for a night they won’t soon forget when a strange but oddly familiar looking family appears outside their house.

Verdict: Interesting and fun thrills with some great turns, but some details might leave you struggling to buy into its bizarre concept.

To just get it out the way really quick, the reason this movie instantly gets a lot of attention is because of Jordan Peele, the comedy-skit comedian who made a huge impact with his first and most impressive film, Get Out. This film proves that Get Out wasn’t just a fluke, and while I don’t think that this film is perfect, it does show that Peele really has so many talents in writing/filmmaking and still has a lot to offer in future.

Us is a strange concept, and the trailers perfectly delivered some of the idea while still keeping so much of the film tucked away for viewers to discover. It’s less of a horror and more of a thriller, for those of you worried about scares… but it still brings quite a few creepy moments and a fair bit of gore. This movies is beautifully shot though, with a standout performance by Lupita Nyong’o, and honestly, as such a big fan of the song I want to give this movie more stars just for its very special rendition of Luniz’s “I got five on it”. So good.

What Peele has to offer is that he is giving us fresh takes on topics/genres we thought we already knew everything about, and I must admit that while I really loved the approach, some of the details made it tough for me to really buy into what he was selling. “Less is more” would have worked out well here.

Us was fun and fresh in places and packed with horror easter eggs, but the whole idea is let down slightly by not rather opting to leave some aspects of the story up to our imagination.