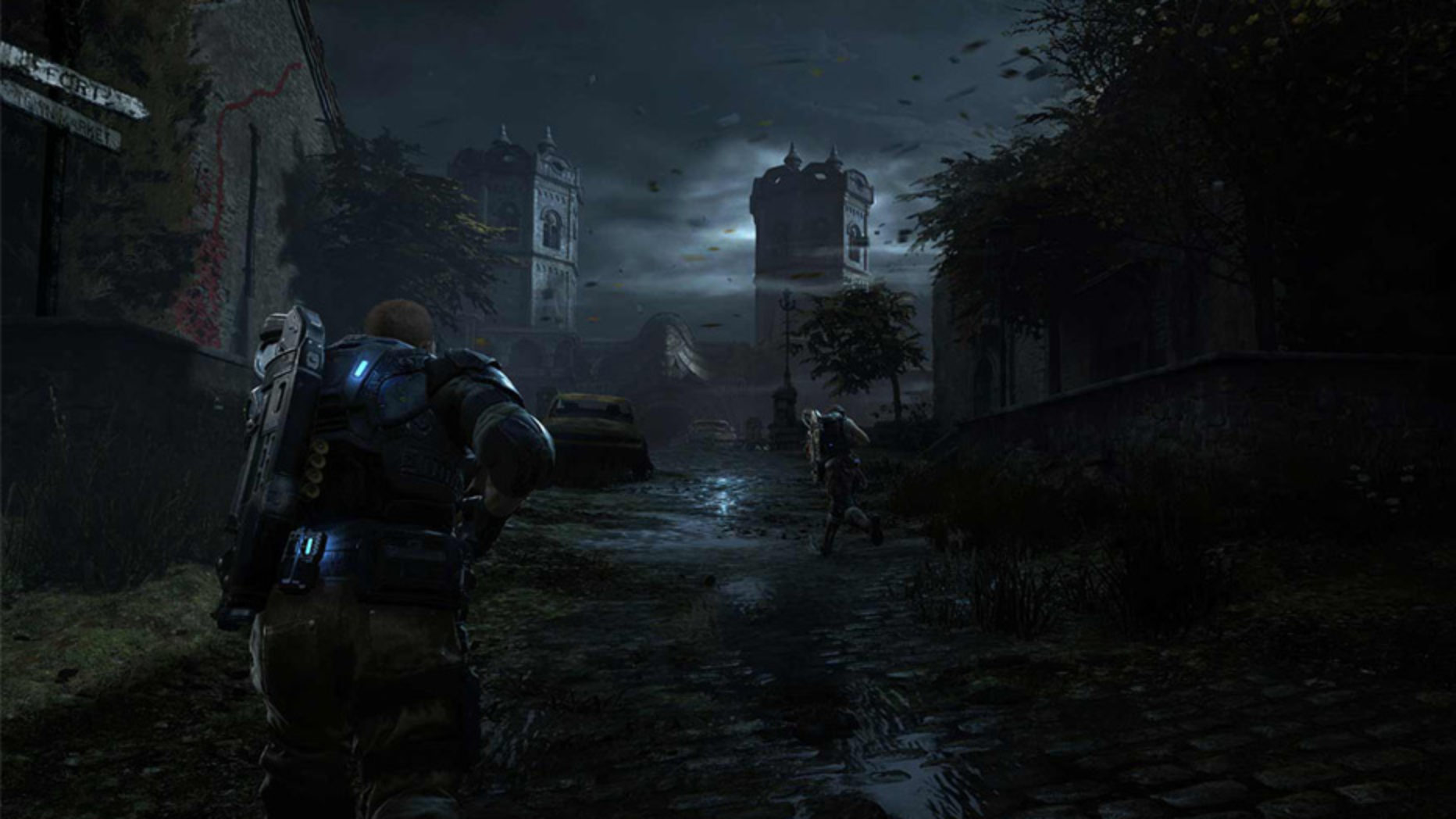 The Gears of War 4 Beta became available to some over the weekend and after a bit of time spent with it I wanted to drop some impressions of how it’s feeling so far.

It must be said that we have been notified that the beta truly is just that… a beta, not one of those glorified demos going around these days, but an early snapshot of the game in a far from final state, and I’ll believe it because in its current state I’d say it looks a little worse than the HD remake of Gears 1 and judging from the early screenshots the campaign will at the very least look far superior to this. So for that reason I’m not commenting in any way on visual splendour, although I will say that the frame-rate is solidly locked at 60 at the moment and whether or not they will always stick to a much lower visual quality to keep up the multiplayer’s 60fps remains to be seen.

Gameplay feels incredibly familiar, with nothing feeling overly new at all at this stage. Controls are all the same, weapons are mostly the same although there are some newer ones of which I haven’t had much time with, but on the whole there’s nothing at all that made me think that this is an evolution rather than a continuation. Gameplay is a bit of a mixture between the old and the new, with certain abilities and elements back such as meat shielding, grenade detonations when down and so on. One thing I can tell you is that you’d better brush up on your Gnasher/Shotgun skills though, because they have come back as a core part of the multiplayer experience again and if you don’t know what you’re doing you’ll be responsible for more deaths than a Final Destination movie marathon.

Here’s some beta gameplay uploaded by Gamespot from one of the glorious lands that have low ping.

I’m not really liking the maps at all right now, they seem a little too big and complicated in that they get in the way rather than set up some great action, and with the focus always being on Team Deathmatch now rather than the more classic Execution and Warzone modes (with one life per round) we often found that the dominant team would just push the other team all the way into their spawn over and over.

On that note, it may just be due to the limited pool of players and an early matchmaking system, but the variety of player skill in a game is often really contrasted. There seemed to always be at least one guy with a “xX Xx” riddled gamertag just obliterating absolutely everyone else round after round and making 70% of their teams kills and almost always guaranteeing their victory, such is the way of Gears multiplayer. The only way to really solve that is a larger pool of players and good matchmaking, so let’s hope they nail that down, because even someone like me that is skilled in the game with thousands of hours of experience behind me was barely able to scrape through (I was mostly completely decimated) just because I’m rusty compared to the guys coming fresh off of Gears 3 and the Ultimate Edition.

Well, there is that one other thing that doesn’t work in our favour here in South Africa (any readers from supported countries can sit back and sip their low-ping tea right about now), but we have to deal with around 200ms of lag, and it makes keeping up pretty tough in many scenarios, such as gnasher/shotgun battles and rushdowns… good thing those don’t happen often, right? Combat scenarios often leave you feeling like the opponent was able to teleport kill you with powers, or shot twice before you could get off one good one.

At this point you might want to lay back on the “stop whining and just git gud” argument with me, but I’m far from the only one feeling that way, with even some of our county’s most experienced players stating the same:

Gears of War 4 is good fun, but without servers, it's a bit rough playing at 200+ ping from South Africa. #Gears4Beta

It’s still manageable to a degree and not that far off from what playing the Ultimate Edition multiplayer was like, and let’s be honest its superior to how early Gears of War netcode worked in every conceivable way, so I’d rather take this than that. I’d also rather not have them take the Titanfall approach and just not release the game here at all (unliked due to the campaign elements) and I have that obvious feeling that we shouldn’t be holding our breath for local servers anytime soon (especially with how badly I believe it went when MWEB decided to host some Gears 3 servers that didn’t really see much action).

We are hopefully going to spend some more time in the beta, and you can always follow me on Twitter @nickdebruyne for more commentary (don’t forget to follow @pennyworthrevs as well).

Have you been playing the beta? What do you think so far?