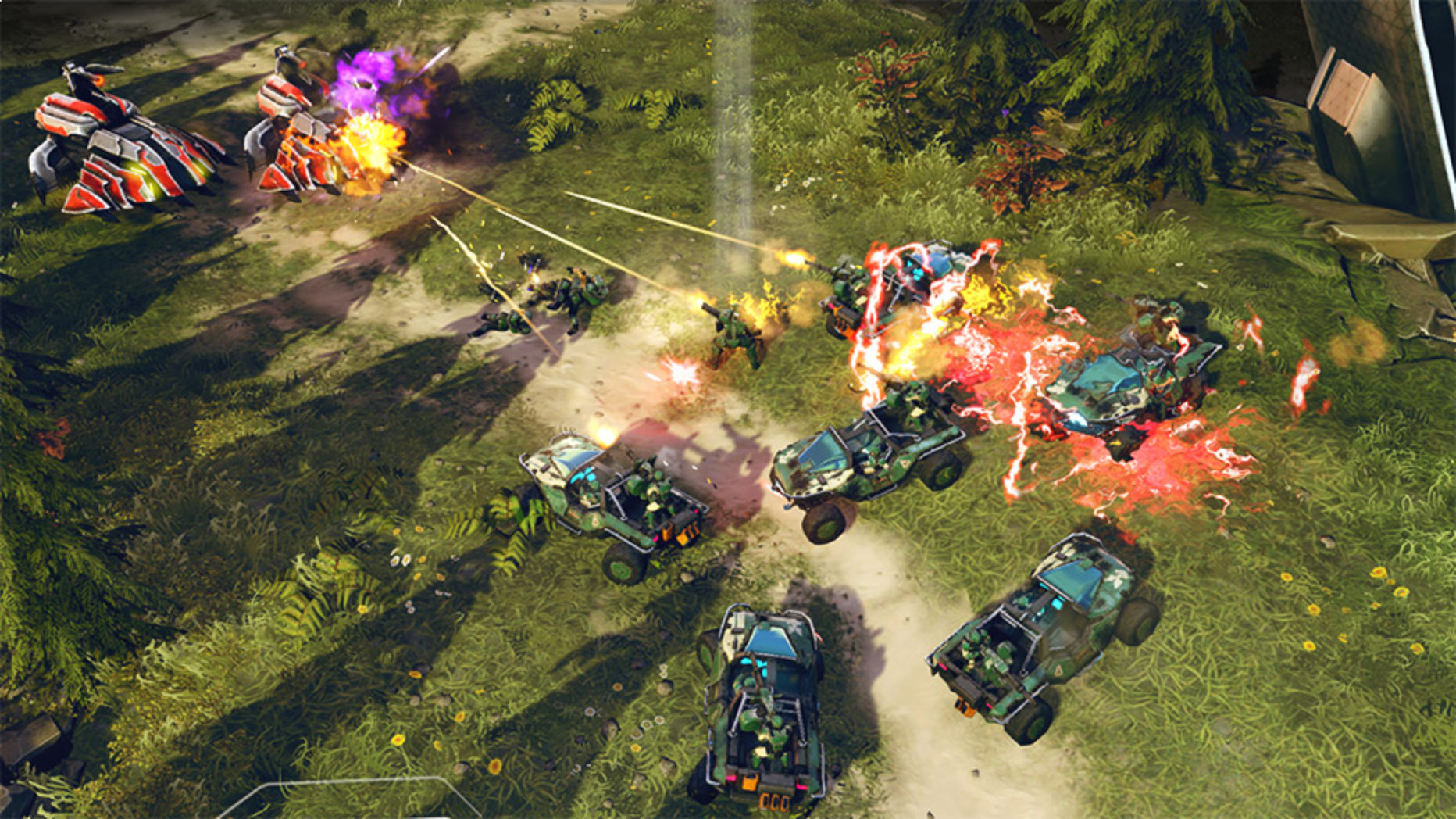 It wasn’t just that though. I wasn’t interested in the Halo universe at all before Halo Wars, but thanks to its great cutscenes and view into the world, I suddenly found myself in understanding of the bigger picture and immersed in the setting in a way the Halo games had never given me.

Around 7 missions into Halo Wars 2 at the time of writing, I’m really happy to say that many of the elements that I loved about the original Halo Wars are back, including a great campaign and some gorgeous CG cinematics (really one of my favourite parts of Halo Wars). The controls aren’t perfect and I am definitely still finding myself stumbling around pretty heavily when things get crazy, but it works most of the time and the pace of the game generally caters to it, which is great for people like me who are too lazy and bad at multitasking to ever become very good at RTS.

Believe it or not the entire campaign can be played in co-op, and the units get cleverly split between both parties. Once bases are involved you are both able to work on builds and create units and can even then assign controls of units over to your partner if you want. Aside from versus multiplayer, the game also has a Blitz mode that my fellow critics are raving about but I will only be getting a chance to play it after writing this, but the firefight “horde” mode sounds like a blast, so I’m looking forward to giving that a go soon.

So to answer the question up top, is it a heavy hitter for Microsoft in 2017? Well, Halo Wars might not attract the same attention as an exclusive like a Halo FPS or an Uncharted, but it does offer up something very rare in the form of a high-quality, fun RTS for console gamers to enjoy – and that’s something no one else can offer at present. I worry that it might be overlooked just like the first game was, but anyone who does take the leap is probably going to be very pleasantly surprised with how much fun it is.

Keep your eyes peeled for our full review.