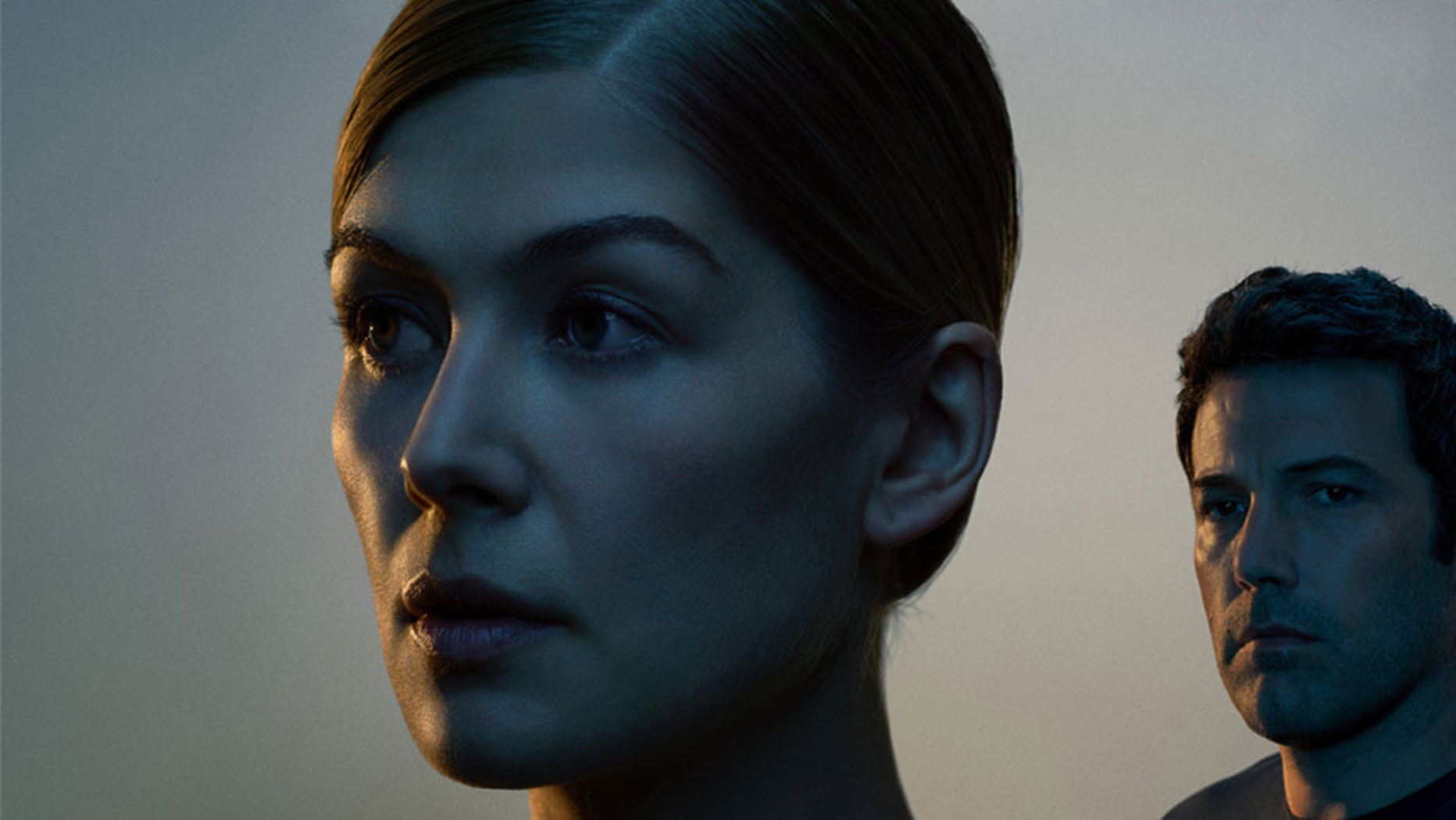 A brilliant murder mystery thriller from David Fincher, with more twists than your favourite roller-coaster

Summary 5.0 Great
Story 3
Performances 5
Production 4
Experience 3
Summary rating from 1 user's marks. You can set own marks for this article - just click on stars above and press "Accept".
Accept
Summary 3.8 Good

What is it: A murder mystery/thriller where. Nick Dunne (Ben Affleck) reports that his wife (Rosamund Pike), has gone missing on the morning of their 5th wedding anniversary, and soon becomes the prime suspect.

Anyone familiar with David Fincher’s work (Se7en, Fight Club) will know what to expect when walking into Gone Girl… a story that demands your attention and delivers in spades. Besides the stellar murder mystery narrative, it deals with the complexity of romantic relationships, the nature of media and the shortfalls of man. The soundtrack is also particularly good at conveying mood, as expected from Trent Reznor and Atticus Ross (The Social Network).

Gone Girl is one of those films, just like Fight Club and Se7en, where the twists are so sharp that its almost impossible to tell how it ends.

The ending left us literally speechless.

Second Opinion | Nick de Bruyne: Gone Girl is an impressive display of great acting and masterful filmmaking that also benefits from an intense, twisting story, however we found that the film’s 149 minute running time killed the tension at times, with the true mystery being that you didn’t know when it was ever going to end  |  ★★★★☆