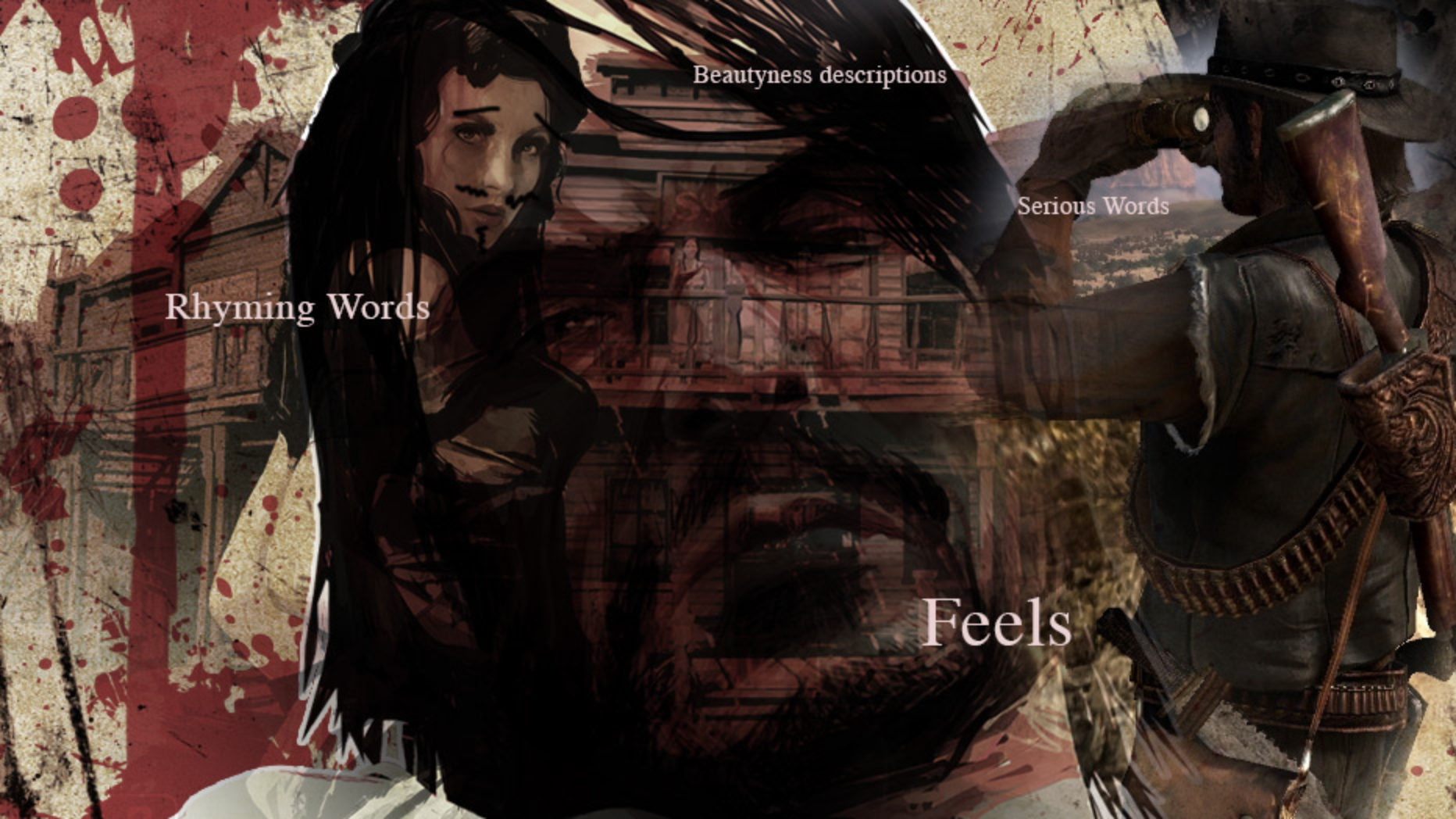 Red Dead Redemption released 5 years ago this week and to celebrate our fondness for it, we bring you our first ever Gamer Poetry post. Light a candle, put on your poncho and dim your iPad light.

Let’s get the serious for the feels as I whisk you away with my wordsmith beauty magic. 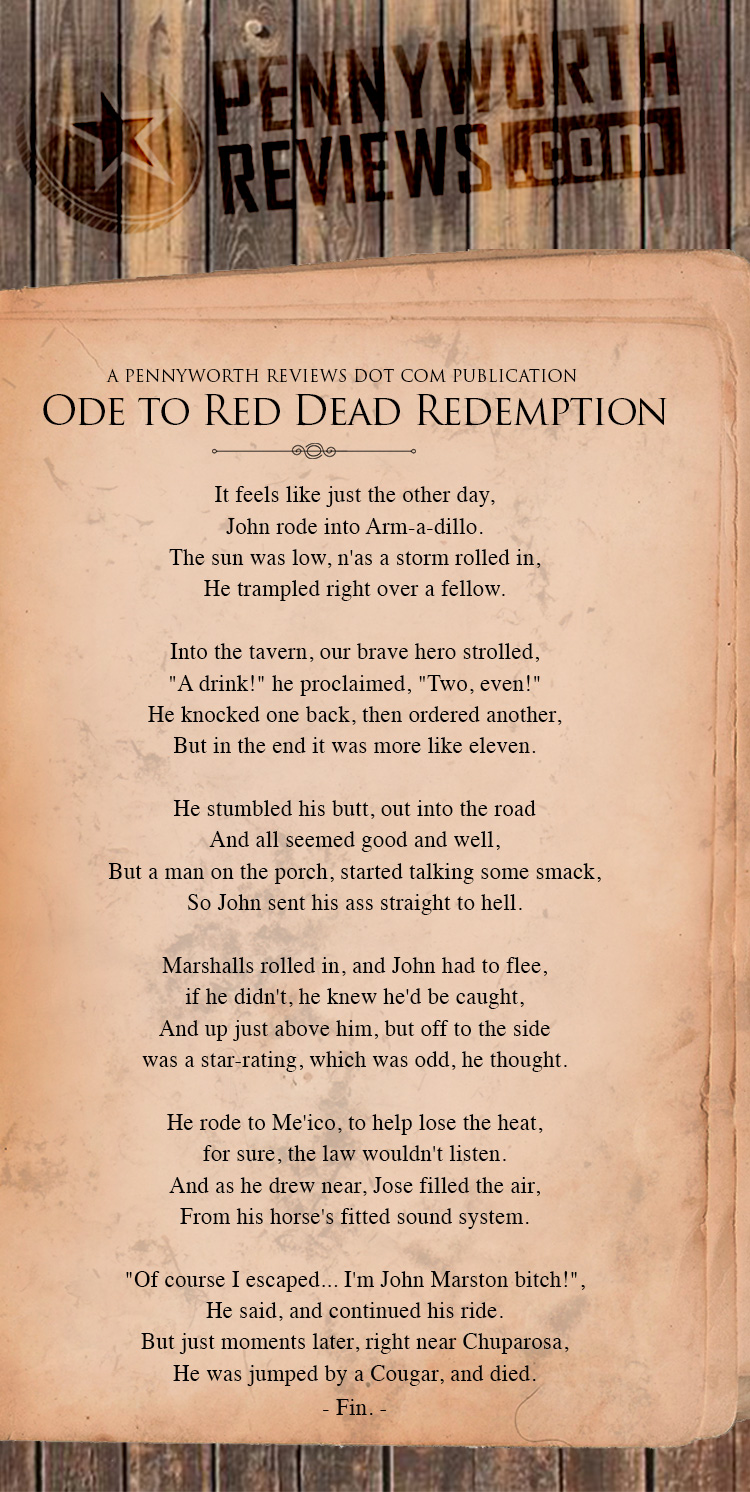 Thanks for a bitchin’ game Rockstar. We still think it’s one of your best and talk about it all the time. Now how’s about a new one?

If you liked it, remember, sharing is caring! We hope to do a few more in the future!

In case you are having issues with images or legibility, here’s the text version.

It feels like just the other day,
John rode into Arm-a-dillo.
The sun was low, n’as a storm rolled in,
He trampled right over a fellow.

Into the tavern, our brave hero strolled,
“A drink!” he proclaimed, “Two, even!”
He knocked one back, then ordered another,
But in the end it was more like eleven.

He stumbled his butt, out into the road
And all seemed good and well,
But a man on the porch, started talking some smack,
So John sent his ass straight to hell.

Marshalls rolled in, and John had to flee,
if he didn’t, he knew he’d be caught,
And up just above him, but off to the side
was a star-rating, which was odd, he thought.

He rode to Me’ico, to help lose the heat,
for sure, the law wouldn’t listen.
And as he drew near, Jose filled the air,
From his horse’s fitted sound system.

“Of course I escaped… I’m John Marston bitch!”,
He said, and continued his ride.
But just moments later, right near Chuparosa,
He was jumped by a Cougar, and died.