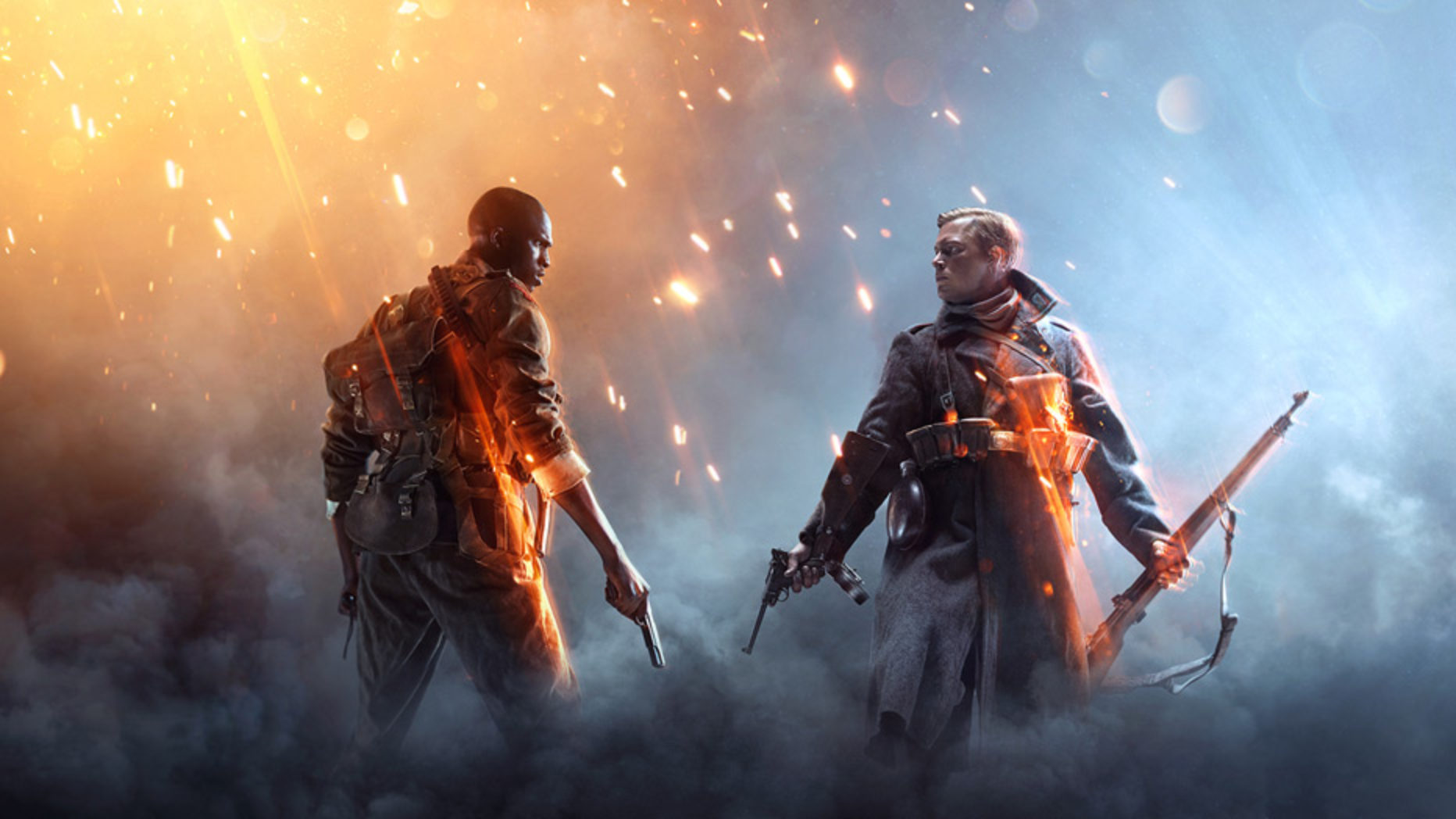 So with E3 week kicked off, we wanted to bring you our quick take on the EA conference that took place and some of the goodness that we saw there.

Let’s start with Titanfall 2, the multiplayer is looking super familiar to those who spent a lot of time playing Titanfall one (and trust me if you didn’t you really missed out), but everything is looking the way your sort of expect from a sequel – bigger with new things and a bunch of new ways to play. We think it looks great and can’t wait to get our hands on it!

Not only that but there was a campaign reveal for all of the people who bemoaned the lack of single player in the first game, with many who just straight up didn’t buy it because they weren’t sold on the multiplayer alone. The campaign is looking super interesting and fun and plays off of the relationship between the pilot and his Titan. Iron Giant Extreme Edition? We’re in!

Next up I wanna take a moment to talk about Mass Effect Andromeda. I along with many of you are huge, huuuge Mass Effect fans, with the game holding a very special place in our hearts. It was with a bit of sadness then that we all witnessed just how little of the game they showed off. What they did show looked pretty damn spectacular and still managed to invoke a bit of an emotional response, but still at this stage where’s the gameplay? I was expecting a full on gameplay demo since they had already told people the game was in a playable state over a year ago.

Now… I’m holding thumbs after seeing a tweet from an associate that got us wondering if it could be because gameplay is being held back for either the Microsoft or Sony show. Will it happen? I’m not sure considering they really showed so little at EA, but we will know soon enough and I’m really hoping we do.

I loved the new visuals of course and we got a glimpse at one or two new characters, one of which will possibly be the games new poster-girl, similar to what happened with Fem-Shep by the end of the first trilogy, also the new ship seems to be called the Tempest and looks like a super slick version of the Normandy, and last but not least we got a look at a sort of Mako-type vehicle blasting around. All in all I actually found it very interesting just how much I picked up a Mass Effect 1 vibe from the footage thanks to the visual tone and vehicles. Either way, I hope we see more.

The time has finally come to see Battlefield 1 in action with a live 32 vs 32 match and does it look just as good as the in-engine visuals from the trailer? Heck no, but then again the campaign might look a bit closer compared to how multiplayer needs to look and function. That said, it still looks pretty damn sexy and is quite the technical achievement. The best thing to see was that there are finally the Battlefield-levels of destruction that we’ve all missed so dearly since the Bad Company games. The levels looks absolutely trashed by the end of a round when compared to what they looked like at the start. Destructible buildings, deformable terrain and a whole lot of carnage… this looks like a good time. I like the sort of fantasised World War 1 theme as well, we are tipping into slightly different Battlefield territory here, but you know what, I’m so sick of seeing space people in exo-suits, I’m embracing this with all my heart. No more of that other stuff for a while please. We only got to see it running on PC though, so who knows what it’s going to be like on consoles… especially now that we know that both sides are also working on upgraded versions of their hardware.

Super disappointing and another area where I’m kind of hoping that we see more in other shows, because considering how long EA have had Star Wars we are really seeing very little. They gave us their game plan for the next 3 years or so, but come on, we need to see something more than like 3 seconds of one of the more interesting looking titles. They spoke a bit about what they are doing with existing titles and that’s fine, but we barely got to even hear about Battlefront 2 or anything else. There’s so much power in having Star Wars, I’m not sure why EA didn’t flew their muscle a bit more here and get everyone super excited. Heck, even some story trailers or teasers that reach beyond what they gave us.

OK so this is quite exciting, EA announced something called EA Originals, and it’s basically EA taking on risk to let super creative smaller developers release a lot of crazy cool, artsy, original games that they think deserve to be played. Not only is this giving EA some mad street cred, but its also helping them keep up with the likes of Ubisoft who are allowing their teams to work on things like Valiant Hears and Child of Light. They showed off a title to showcase what they had in mind, and the title is called Fe, and it pretty much checks off all of the deep artsy, indie vibes you would expect, with a shoutout to the art style and deep string instrument for putting it in that box real quick. Looks awesome though and we are really excited to see what EA brings us!

I’m not gonna lie, there was some FIFA and some Madden stuff but even as a big fan of Madden and the NFL I couldn’t be bothered because every year it’s the same talk about innovation and some new thing to try and justify a mild update as a full purchase. FIFA are pretty blatantly ripping the whole NBA 2K16 idea of doing a character based story campaign though, good for them. Next stop Yawnsville. Sorry that’s not fair. Then again neither are all those soccer dives that don’t get punished, so deal with it. Here are the trailers for you anyways: