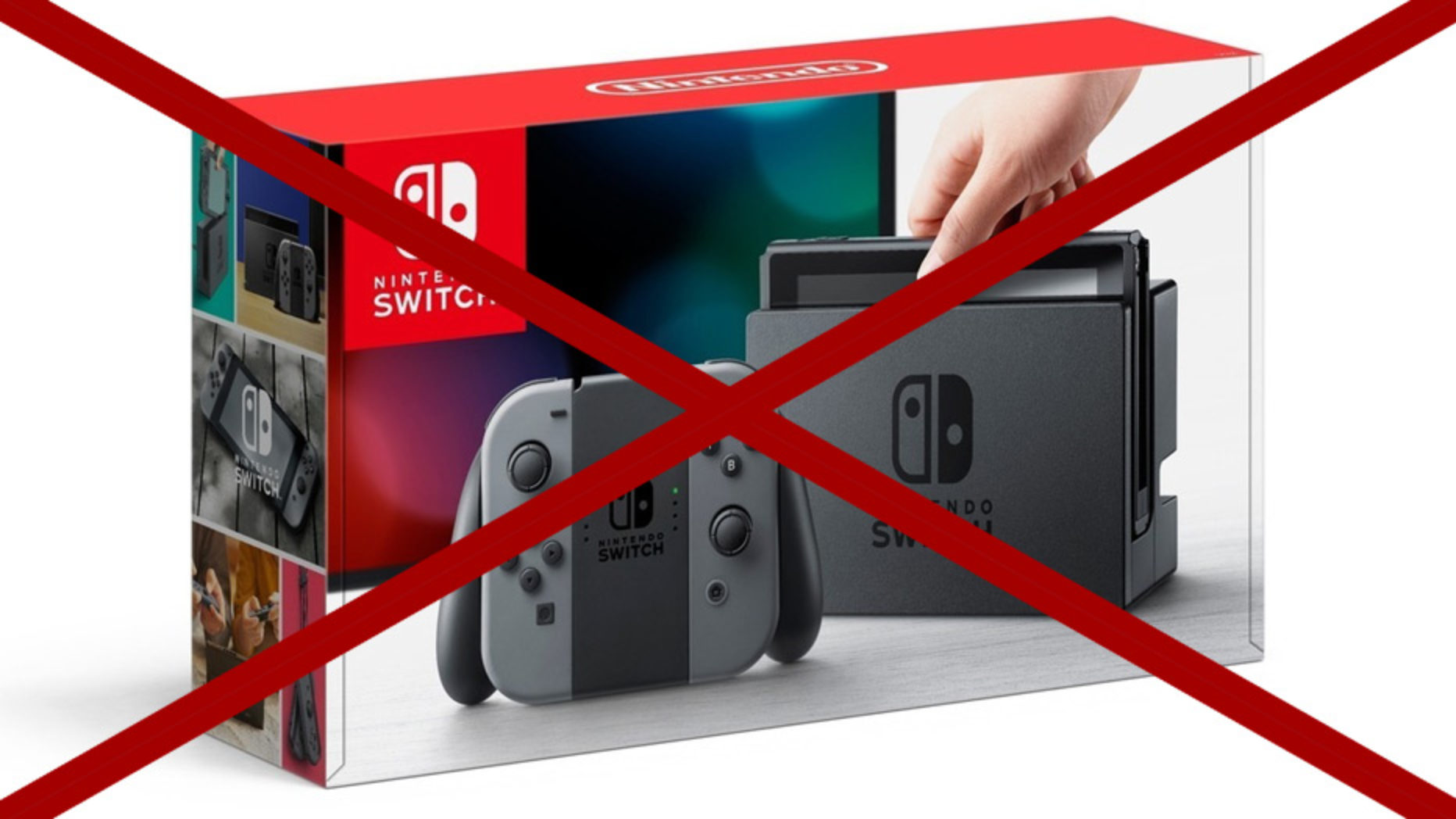 [ARCHIVE] Do Not Buy A Nintendo Switch At Launch

I’ve had the idea for this piece bouncing around in my head for a few days now, and just as luck would have it, most of my friends and peers in the industry came out of a recent Switch event absolutely smitten with their experience. So that really makes things a little harder when trying to write something convincing people to potentially rush in a different direction. I don’t think that the Switch hardware itself is the problem, I’m more interested in asking the question “Should you really buy one at launch?” and I think the answer is a very clear and definite no.

So first things first, if you’re a massive Nintendo fan and have already pre-ordered your Switch with zero chance of being dissuaded from a launch day purchase, please ignore this post, I mean it. If you’re happy, then I’m truly happy for you and I’m sure it’s going to make you feel like its Christmas day when it arrives. I really do mean this sincerely, just go continue being happy because being happy is great.

If that’s not you, then I’d like to highlight some major issues with a year-one purchase of the Nintendo Switch and to be honest, most of them should be pretty obvious to anyone paying attention. I want to like the Switch, and I want to see it succeed, this initial period where Nintendo has to prove its worth to the publishers, developers and gamers is important. It’s just that I think you should leave the testing of the waters to the die-hards and not take the risk. Source: The Nintendo Wii U.

So, why should you hang on for at least a year before considering the Switch? Let’s start with the simple ones and go from there.

It’s already hard to swallow that the Switch doesn’t come bundled with anything playable at launch, but it only gets worse when you remember that the launch line-up is so incredibly dry. Let’s take a look at what’s available in our region: 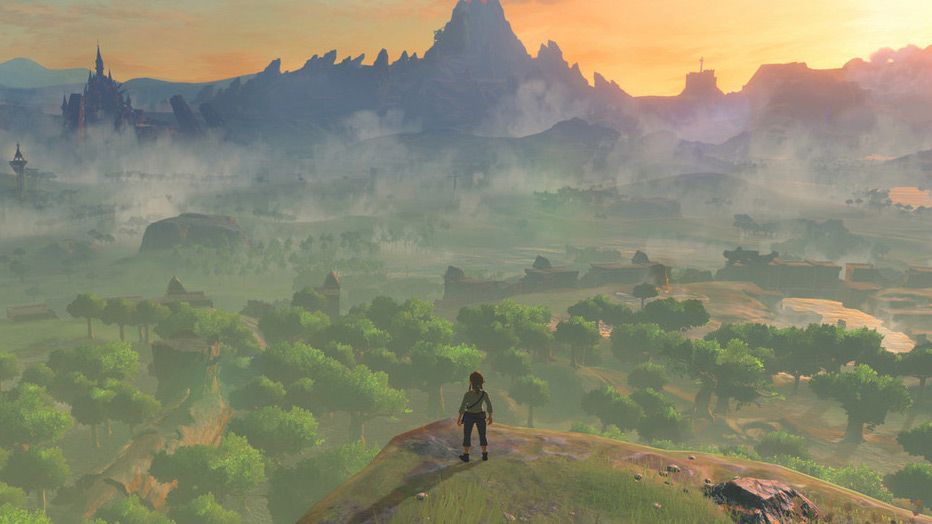 That’s… not a great selection of heavy hitters and you’re going to have to wait until at least the end of April before any of Nintendo’s other really big titles like Mario Kart arrive, and even then, let’s not forget that it’s still essentially a game that’s already been out for a long time on the Wii U. It’s going to take a long time for the Switch to really build up a solid library, so to buy one on day one just doesn’t make any sense… unless…

You’re Mostly Buying It For The Legend of Zelda, Right?

Let’s be very honest here, most big Nintendo fans are really just focused on this title to justify a launch purchase. The thing is… We already know Nintendo isn’t known for powerful hardware and cutting edge graphics, so why not just buy Breath of the Wild on the Wii U? It runs at a lower resolution and isn’t quite as pretty, but are you really willing to fork out that much money for a slightly prettier version?

Don’t do it! If you’re not a big enough fan to already own a Wii U, then trust me… you can wait. Oh but maybe you want to buy it because…

If you’re a huge 3DS fan that’s played everything great that’s out there, there’s a good chance you’re one of the huge superfans I mentioned at the start. There’s a good chance that most of you aren’t though, and are just interested in what Nintendo has to offer here, and so to you I say “Have you played ALL of the AMAZING games that the 3DS has to offer?”.

If you haven’t, why go and drop all of that money on a new unproven console-slash-handheld? Why take that risk. If you haven’t touched the 3DS much, then even better. Pick up a pre-owned unit with some games and you can have all the fun in the world while the entire gaming industry decides if the Nintendo Switch is really going to be a thing. Why would you be sold on it if…

Major Publishers and Developers Aren’t Even Sold On It Yet 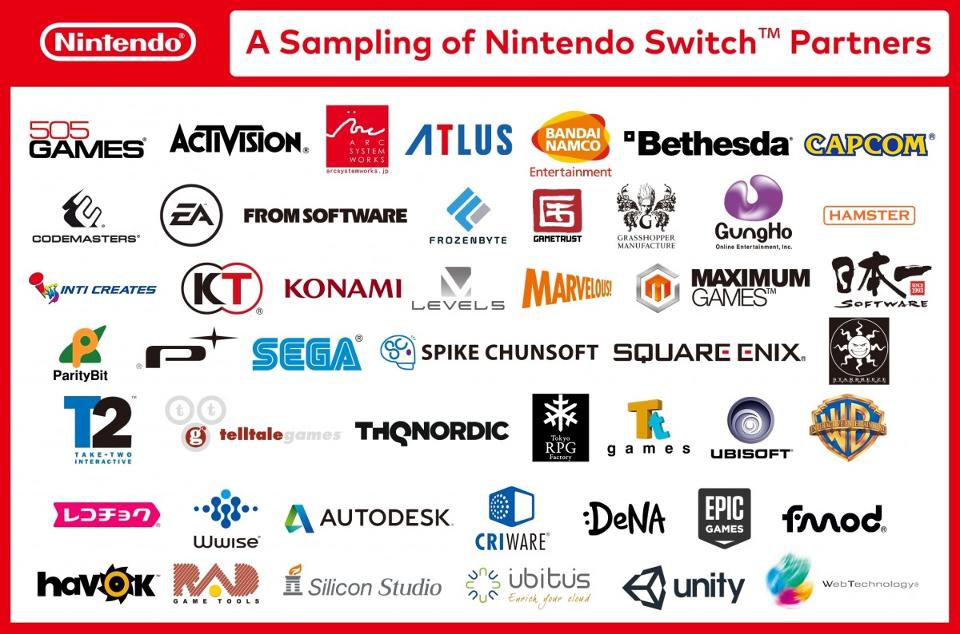 Nintendo have announced that a whole bunch of ’em are onboard, but it would be a big mistake to think that the bigwigs are going to be happy to take big risks to put out new or existing franchises on an unproven console that could potentially suffer the same fate of the Wii U.

Nintendo are also only looking to only sell 2 Million Units by the end of March, and what’s possibly more concerning is that only 50% of developers think that the Nintendo Switch is even going to beat the Wii U’s numbers. That’s really not good when you realise the Wii U only sold around 13 million consoles in a time where the “struggling” Xbox One has sold double that and the Playstation 4 has sold around four times as much.

Why would you put up development time and money for a device with such a small install base? Well, you wouldn’t. Why would you invest into something when you aren’t sure if it’s going to be a success or not. You wouldn’t. They are taking the wait-and-see approach, and you should too.

It’s More Expensive Than It Looks

A lot of gamers and industry folk were really hoping that Nintendo would be able to deliver a really attractive price of $250 to get us scrambling for our wallets. As most of you know by now, that wasn’t the case when the $300 price tag was announced. That wouldn’t be so bad if it meant the unit was a bit more expensive to cater to some beefier specs and decent battery life right? Well that didn’t happen either unfortunately.

So what does $300 get you exactly? It gets you a Nintendo Switch… and that’s it. That’s right, you can hand over $300 of your money, and still have a device that plays nothing, because as I mentioned before, there are no games bundled in, not one. “But this isn’t a first by far” you might say, but I’m not saying it’s a first, I’m just saying it feels like a pretty good reason to wait until some decent bundles pop up later down the line.

$300 price tag? Already more realistically a $360 price tag, and do not get me started on any of the accessories and their prices at all. Please don’t… just… just don’t.

Okay, One Fun fact: You need a $30 Joy-Con Charging Grip if you want to keep playing on your TV when they go flat without having to stop or switch to handheld mode.

But wait, I can use it for other things too in the meanwhile, right?

Well, if you can’t play games then at least you can watch some Netfl- oh wait nope, wrong again. The Switch won’t support any video apps at launch, so you won’t be able to do that either. You know when it will probably support video apps? That’s right, later on… so there’s another reason to give launch day a good ol’ skip.

Okay so I’m going to stop there, despite knowing that a list like this could go on. As mentioned before I really want the Switch to succeed, I want it to be amazing and most of all, I really want to get one at some point down the line. It’s just seems obvious that the right thing to do is to wait. As someone who loves his 3DS but doesn’t consider himself a huge Nintendo fan, I’m constantly reminded that I did the right thing by waiting to see what would happen with the Wii U.

If you’re made of money, sure thing… go ahead, you’ve got very little to lose. If you, like most people need to protect yourself from bad purchases, I urge you to take a deep breath and let the hype flow out of you.

It’s simple in that if you buy one at launch and its awesome, you get to have a really great time playing Breath of the Wild (or some of the other titles if they are your thing) but will ultimately find yourself frustrated with long waiting period as titles slowly release over the next year or so. If you buy one at launch and things don’t go so well… well just take a look at your Wii U and ask if it was worth owning it from day one.

If however, you wait and the Switch does well, you have so much to look forward to. Bundles could start arriving by Christmas time, and even better ones by the following Christmas. More games will be out, more apps will have support and there will be a whole host of newly announced titles to look forward to while you dive into the existing library. If things don’t go so well, you’ll still be able to get everything that will be available for the first year anyway, except at a way better price and knowing what you’re in for (I bought a PS Vita years on and got an amazing price and a load of cheap games).

When you really think about it, it just makes sense.

(Hey, I told you that if you’re definitely buying it you shouldn’t have kept reading, what are you still doing here?)