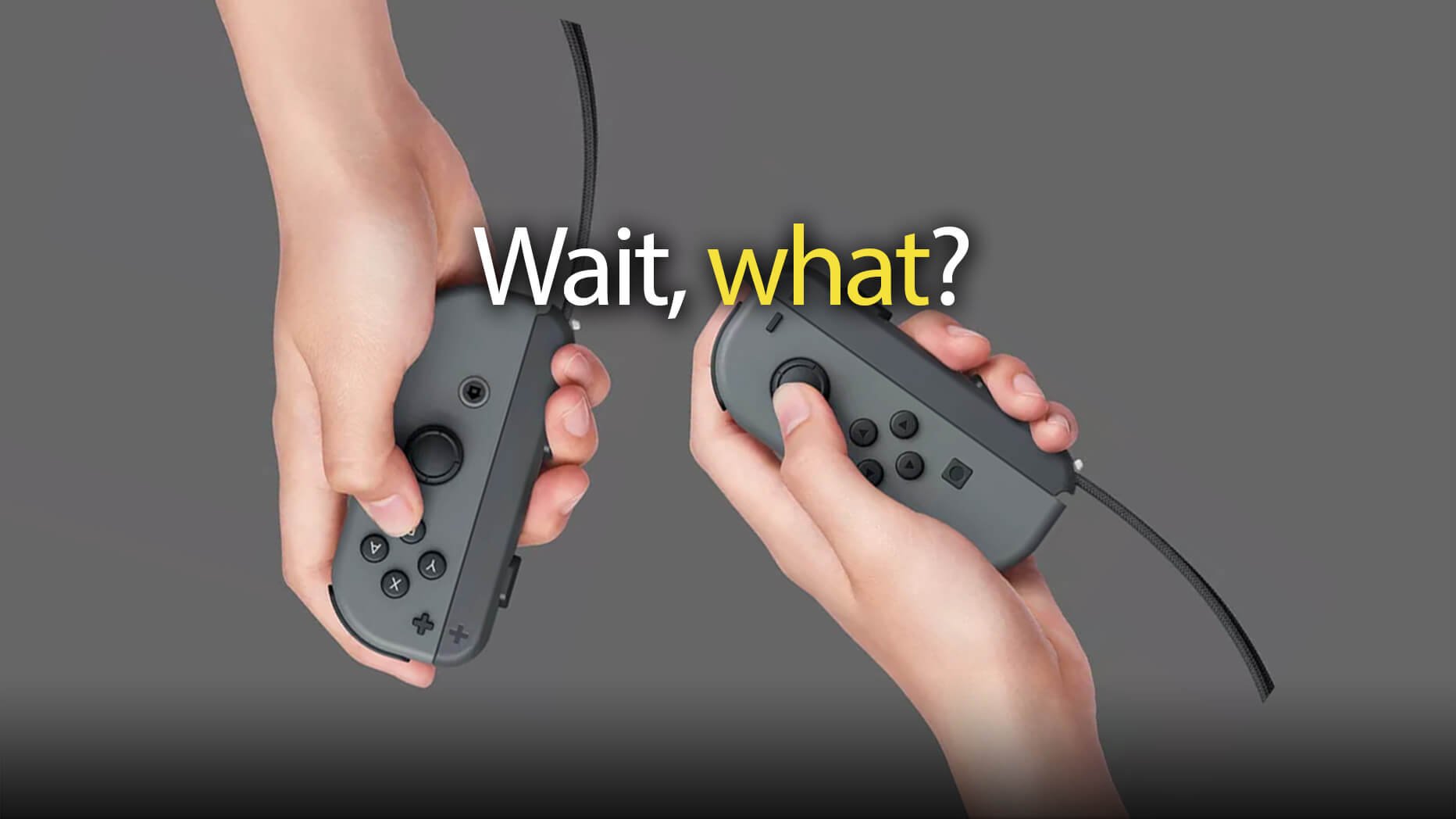 Do You Use The Nintendo Switch’s Most Underrated Feature?

The Switch does many things well, it’s a joy to own for the most part – especially with great first party and indie titles to keep you busy no matter if you’re home or away.

The thing is… that the Switch provides a very unique feature that just doesn’t get talked about (or maybe even utilised enough). What feature you say? Well, the ability to play with a joy-con in each hand, while being in almost literally ANY POSITION YOU CAN THINK OF. Ok maybe it’s not a feature feature, but it’s actually pretty amazing.

When have you ever been able to lie on the couch with your hands by your side while playing games on your TV, or chill with one arm behind your head while the other goes… wherever. There’s actually a heavy accessibility element to this, it’s not just something cool for lazy people to abuse. The reason I’ve utilised this “feature” of the Switch is because I’ve discovered since owning one that my wrists suffer terrible pain for days if I play it in handheld mode a bunch, and so I had to start finding ways to play that didn’t hurt them as much when on the go. The go-to option was to play it with the joy-cons detached, and I soon realised how amazing it was to be able to put them in any position I wanted, because it allowed my wrists to relax. Eat that, accessibility options. Of course, many games benefit from holding the joy-cons already and have extra abilities like using the joy-cons to aim or pull off moves, so there’s that too.

Do the Funky Chicken, or The Worm

Heck, last night I was laying on my stomach, on my bed, with the screen on a footstool next to the bed, and had my arms crossed under me to keep me comfortable and the Switch in front of my face as my head was peering over the edge of the bed. Weird sure, but I was comfy and it allowed me to relax my wrists and body completely while playing for a bit. Using the joy-con controller dock (thing) keeps my wrist relaxed enough as well, but I can’t always have it with me and it also limits the comfortable ways that I can set the little Switch screen up on a surface in front of me. With split joy-cons I can have my arms go wherever while I keep the screen close to my face (like it would be when playing handheld). I’m pretty sure I can get away with playing Switch on the bikes at gym without anyone even noticing I’m playing something – gotta keep those skills under the radar.

I joke about weird positions and all, but really… sincerely, the ability to play like this really makes a difference to my ability to play pain-free, so I’m truly thankful for it. I do however hope that if Nintendo does go for a facelift model, that they reduce some weight and think a little more about ergonomics to take strain off the player. I’m not the only one who has issues like this, I found quite a few people online too.

Next up for me, is to import one of those great looking grip cases as that will help my wrist issue. I recently saw one from Satisfye that seems very solid and also doubles as screen stand but it costs a fortune to ship one to me in South Africa, so I’m holding thumbs (and wrists) that someone brings them in locally at some point.

Have you made decent use of split joy-cons? I’d love to hear about it in the comments.