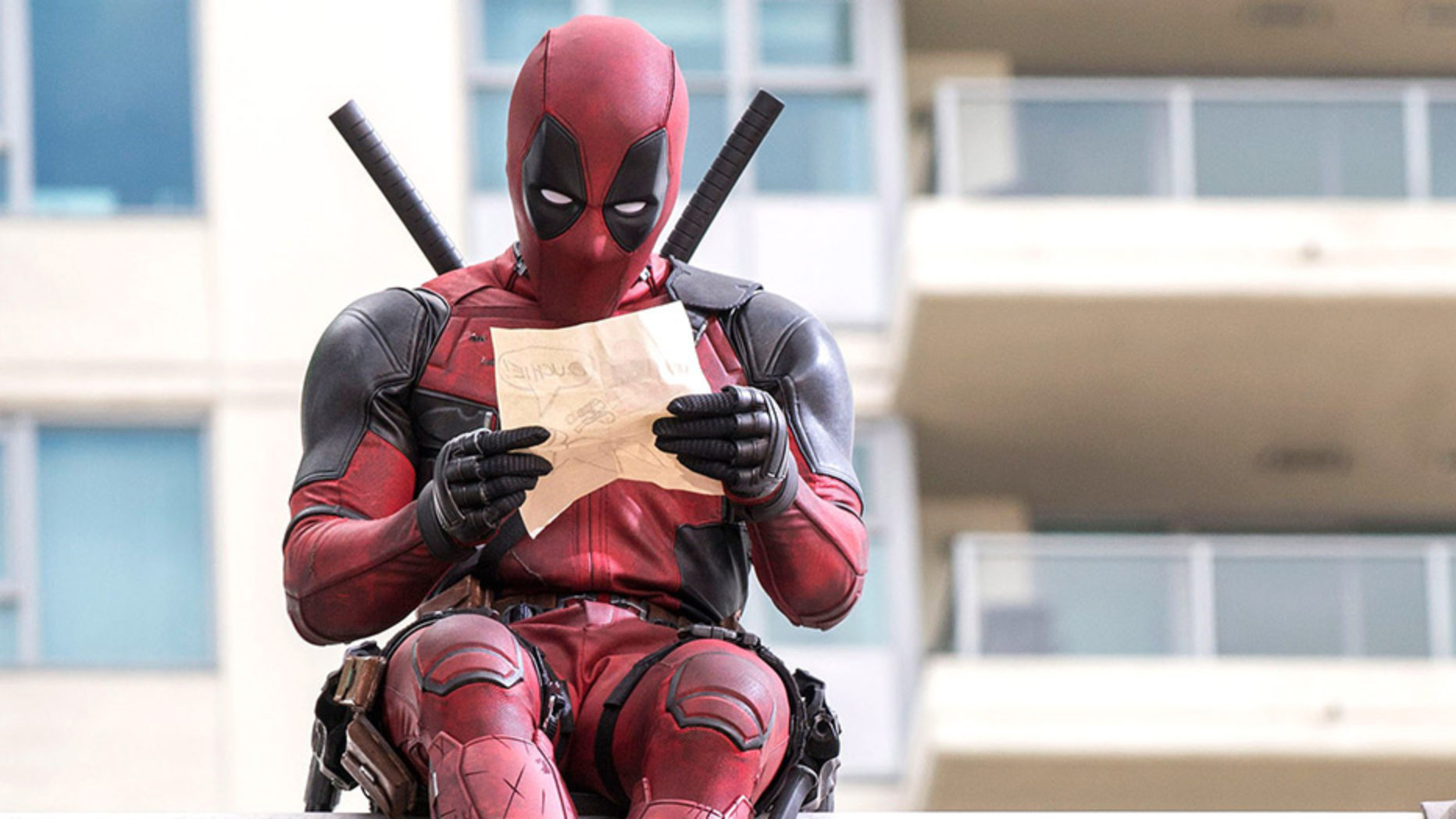 Better than the comics? Could it be?

What is it? It’s a Marvel comic book character (owned by Fox) who is quick-mouthed, rude, likes breaking the fourth wall, and is not your usual hero.

This film has been the lovechild of Ryan Reynolds (Deadpool) ever since he accidentally appeared as the same character in Wolverine: Origins. Since then he has crossed the river Styx to get it made and what he delivers is one of the funniest, and bloodiest, comic book adaptations to date. And it’s awesome. There is also a story, I think.

The story is pretty simple. Man dying of cancer undergoes special treatment that activates dormant mutant genes that not only saves him but gives him incredible healing powers. Sadly he turns out looking like a scrotum meaning he can’t go back to his girlfriend (Morena Baccarin) because he thinks she will be revolted at his appearance. Deadpool then goes on a revenge mission against his ‘creator’ and generic super powered bad guy Ajax (Ed Skrein). Helping him are some friends in the form of a taxi driver who is in love (Karan Soni), a barman (T.J. Miller) and a few B-Grade X-Men that no one has heard of but they were able to afford, JOKES! And that is what Deadpool does well, jokes, even at the expense of better known X-Men.

Swearing like a trooper? Check. Blood like a Blade orgy? Check. Ryan Reynolds pulling off (eish) the best ‘I am a testicle’ impression in cinematic history? Damn straight! The movie revels in its freedom from conventional movie constraints. It is brash, rude, sexy, violent and loves itself for its post-modern self-awareness and it works a treat. The dialogue is so quick with cultural references and humour that you will be laughing so hard you’ll inevitably miss the next one, and the next, requiring a few viewings to fully appreciate the tight script. Coupled with amazing special effects, some nice time jumping in narrative and fun characters, the movie is a brilliant escape from reality that will have you grinning for days as you remember the one-liners.

Verdict: One of the most enjoyable superhero movies to date.