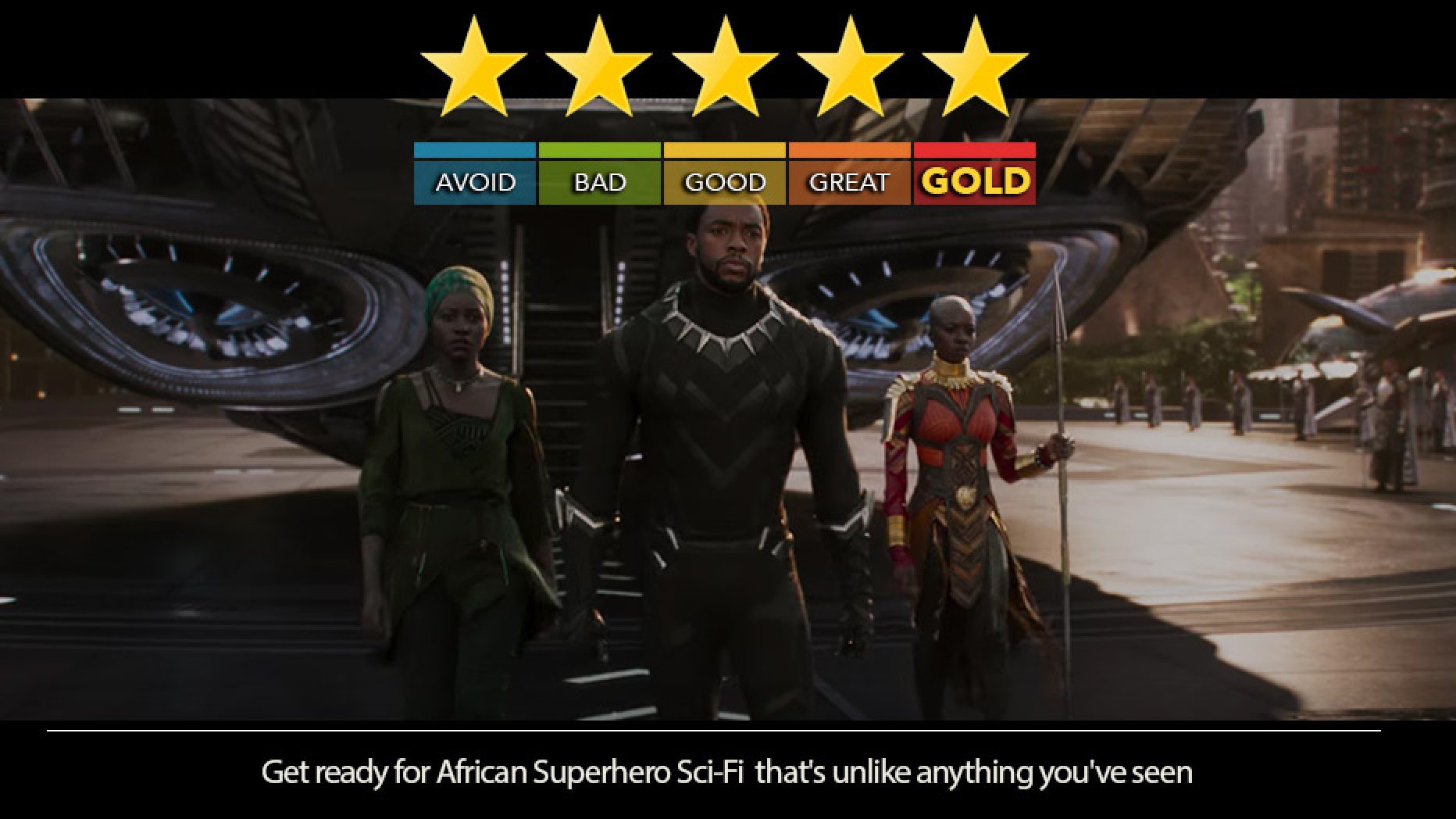 What is it? Not just your standard run-of-the-mill superhero origin story from the folks at Marvel. Black Panther is part superhero film, part African Sci-Fi epic that tells the story of Wakanda; a technologically advanced, wealthy and thriving African country that has kept itself hidden from the world to protect the highly previous resource responsible for many of its advancements. It’s people and ways are threatened by an outsider, forcing their new King and protector T’Challa (aka The Black Panther, played by Chadwick Boseman) to prove his worth, while also relying on his friends and allies along the way. – Review on IMAX 3D

Verdict: Gorgeous, Unique and Powerful – An African sci-fi story and setting the likes of which has never been seen.

Let me just put this right out there straight away; Black Panther is an absolutely incredible Marvel film, and anyone watching is in for a heck of a show, but for Africans or anyone who has lived or grown-up in and around African culture, fashion, music and art… it’s an absolutely special treat. It’s not just that all the tech, vehicles, outfits, weapons and city structures look so effing cool… it feels like all the of those cultural elements presented at their absolute prime. A mixture of old-school culture and cutting edge technology. It absolutely blew my mind, made love to my eyes and caressed my ears. It’s a crazy-creative celebration of Africa, African culture and African people in every way.

And that’s just the dressing. The heart of Black Panther isn’t just a story of a hero who must rise up… I mean, it sorta is but what makes it so different is the diverse personalities that make up his circle of trusted allies; be it his smart-mouth genius of a sister, a cunning spy (whom he has a history with) or a humorously humourless general. It’s not just that the characters are so well rounded, and all so incredibly potent in their own ways but its also the immense and monumental cast of actors and actresses that deliver the goods on their performances (despite a few rough moments with their African accents). Also look out for one of Marvel’s finest villains, played by the incredibly talented, and still really buff Michael B. Jordan (a hat tip to Andy Serkis for being quite the Joburg bru).

“…just as you thought you might be getting tired of Marvel films, they prove that they still have so, so much more to offer.”

Not only that, but it feels really unique to see such an incredibly talented cast of black actors such as Forest Whitaker, Lupita Nyong’o, Angela Bassett, John Kani, Sterling K. Brown and more (honestly it goes on and on) all in one place… and with such prominent roles in such a massive high-budget film like this. I can honestly say it’s something I’ve never experienced before and that we’re so much better off for having.

People might have their say about the social impact the film will have (make no mistake, it’s going to leave a giant crater), and the messages that this film conveys, but even putting those opinions aside, it’s just straight-up something I’ve never seen or experienced before… and I feel like we’re getting a glimpse of what we might have been missing all along.

Take all of these fine ingredients and add to it a story full of heart, immense action and adventure and you have one hell of a fun time out. It’s also paced well, leaving you just enough time to breathe before giving you something amazing to look at again. What we have here is Marvel coming hot off the heels of the most excellent Thor: Ragnarok with a big, bold statement. They are note done impressing us, not even close… and just as you thought you might be getting tired of Marvel films, they prove that they still have so, so much more to offer.