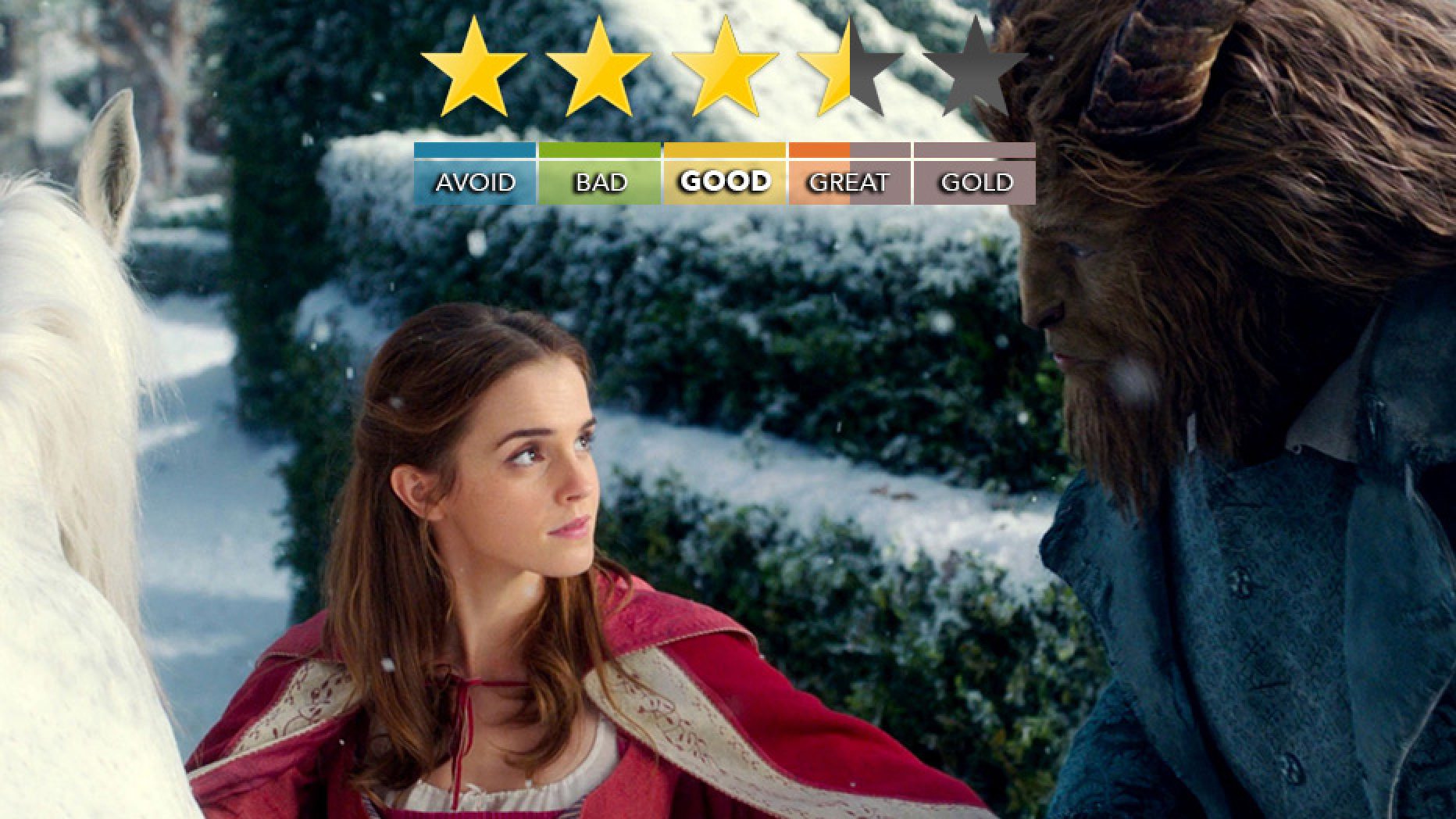 A one way ticket to Belle

Summary 3.5 Good
Movie 0
Special Features 0
Rewatchability 0
Summary rating from user's marks. You can set own marks for this article - just click on stars above and press "Accept".
Accept
Summary 0.0 Avoid

What is it? A live-action remake of the beloved Disney animated film. It stars Emma Watson as the beautiful Belle, who becomes the prisoner of a prince-turned-Beast after her father tries to steal from him. You can read our full movie review here.

Verdict: Magical for children, but a little slow.

Our full review’s verdict for Beauty and the Beast called it “Wonderful, Magical, Fantastic!” and the Blu-Ray really impressed me with a wealth of high quality special features that gave glimpses into the process, the people and even a really special table read that was conducted before filming began. While I and some of the people around me ranging from a 3 year old to 60 year olds found it to be a little slow, it was still a beautiful and heartwarming experience overall and a very faithful recreation of the original.

If you’r a fan of the film then you may very well need to get your hands on the Blu-Ray as the special features are really worth checking out if you’re into that sort of thing (I live for special features) and honestly, this movie is so gorgeous on Blu-Ray, I wouldn’t want to see it on anything less if I was a fan.