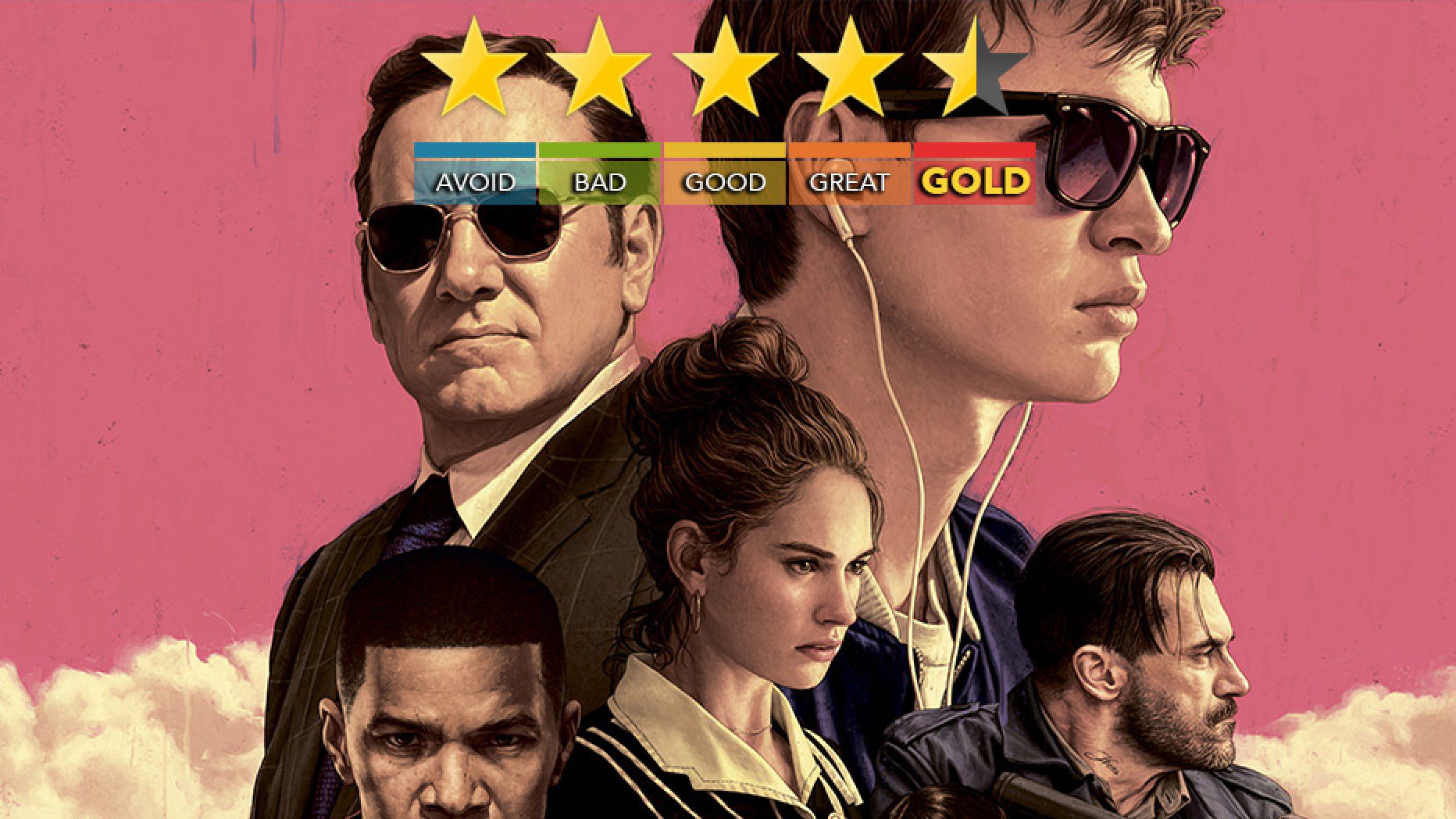 Summary 4.5 Great
Story 5
Performances 0
Production 0
Experience 0
Summary rating from 1 user's marks. You can set own marks for this article - just click on stars above and press "Accept".
Accept
Summary 1.3 Poor

What is it? An American heist/crime movie from Edgar Wright (Shaun of the Dead, Hot Fuzz, Scott Pilgrim vs The World) about a very talented young getaway driver (who constantly listens to music) that is mixed up with the wrong people. Music plays a huge role in the movie as a lot of the movie is edited and choreographed to the soundtrack – Rated R

Verdict: Fun and Unique – It’s a celebration of the best of cinema, traditional storytelling and great music all wrapped up in one! Edgar Wright is showing off at this point.

The best way to think about Baby Driver is that it’s a more lighthearted mixture of something like Tarantino’s Reservoir Dogs combined with something like Ronin’s heistiness, mashed up and edited into and a stylish and entertaining music video / film that is in essence, a very traditional tale of a young man mixed up with the wrong people.

While the opening of the film maybe creates a few high expectations that it never really manages to top again, it’s fun and exciting to watch based on the filmmaker’s film/music concept of using actions and sound effects in the film to make up or synchronise perfectly with the movie’s scenes. Without the crazy concept behind the films editing and presentation, it wouldn’t be much to write home about and would mostly deliver a decent heist story that takes a few decent turns. In its current form though, it’s really something new and different and never mind missing it… you should probably see it a few times to fully absorb all the love and detail that has gone into the incredible scenes. The film has an incredible cast including the likes of Kevin Spacey, Jamie Foxx, Jon Hamm, Lily James and the very cool lead, up-and-comer Ansel Elgort… and make no mistake, each one of them really delivers on their performances. You’ll love it if you love cinema.

Side note: As a petrol-head, it didn’t quite deliver the car chase movie I was hoping for – but the opening few minutes of the movie alone was enough to make me thankful that the movie even exists.