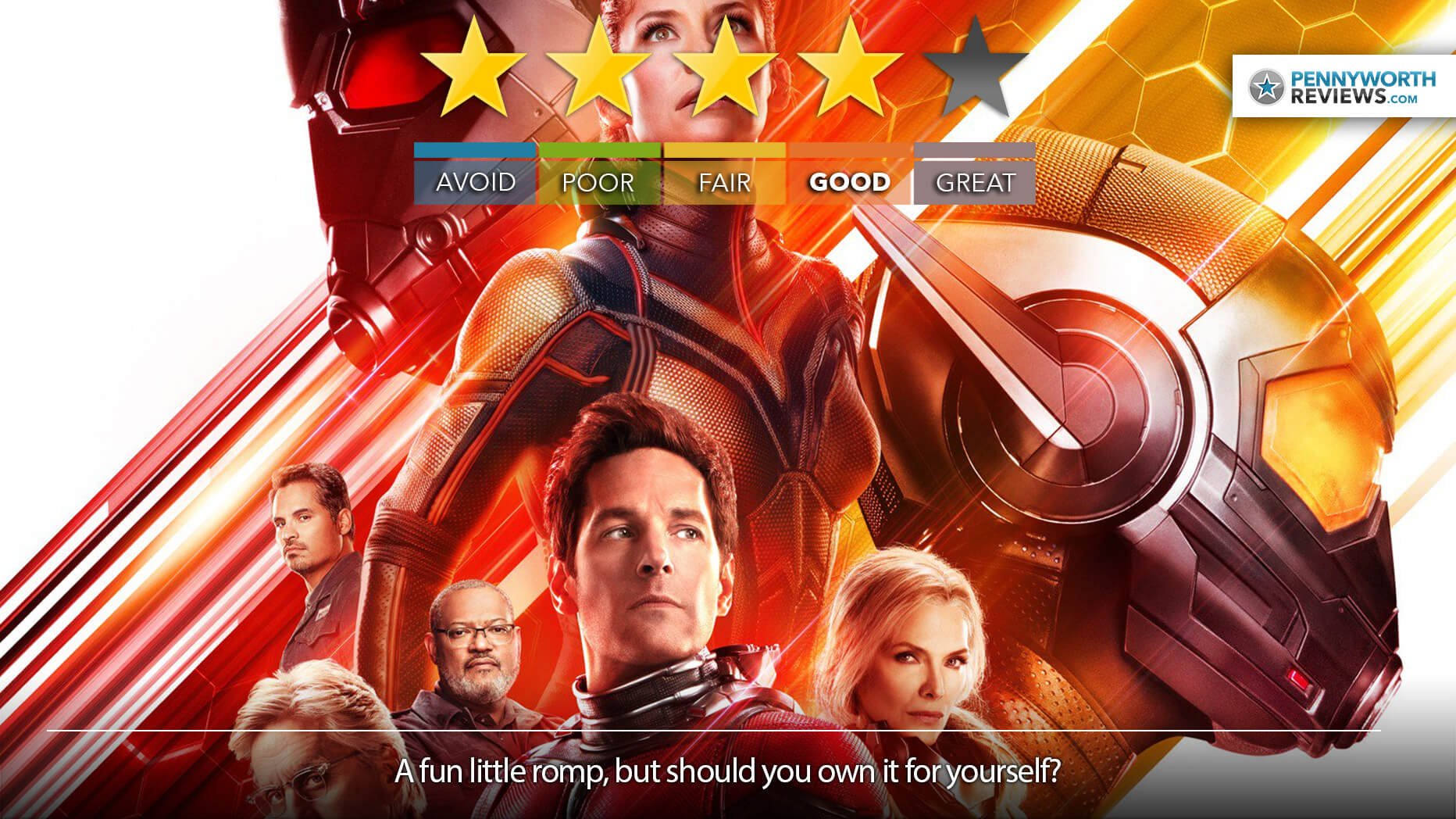 A fun little romp, but should you own it for yourself?

Ant-Man and the Wasp | Blu-ray Review

What is it? After being under house arrest, Scott Lang (Ant-Man) teams up with Hank Pym and Hope van Dyke (Wasp) to respond to what seems to be a message from Pyms wife from the Quantum Realm – all the while, some other more devious parties have plans of their own – Reviewed on Blu-ray. Also available on 3D Blu-Ray, DVD and Digital formats.

Verdict: Fun but contained, it’s good but there’s no huge reason to own a home copy.

The first Ant-man felt very contained and grounded considering that it was a part of such a grand cinematic universe with gods, aliens and more. It was fun though, and still delivered on the action-humour beats that most people want from a Marvel movie. Ant-man and the Wasp doesn’t really break new ground in this regard and mostly sticks to a familiar vibe. It’s fun, but don’t go in expecting to see giant cinematic universe shifting events like we have in other films. The cast is great though and its really fun watching the Wasp kick some booty together with Ant-Man this time around.

Let’s be honest though, when it comes to the holy trinity of Thor: Ragnarok, Black Panther and Avengers: Infinity War – you don’t really get a tougher act to follow. As this is a Blu-ray review, it must be said that while it’s fun, I don’t see any full reason to own a copy for yourself at home unless you’re collecting all the Marvel movies.

Blu-ray Features Review: The special features are neat but nothing ground breaking, and the director’s commentary felt more like a standard play-by-play when compared to the hilarious layer of humour added to the film by Taika Waititi on the Thor: Ragnarok Blu-ray, or older Marvel films that dived deep into the visual effects technology and/or film making process.