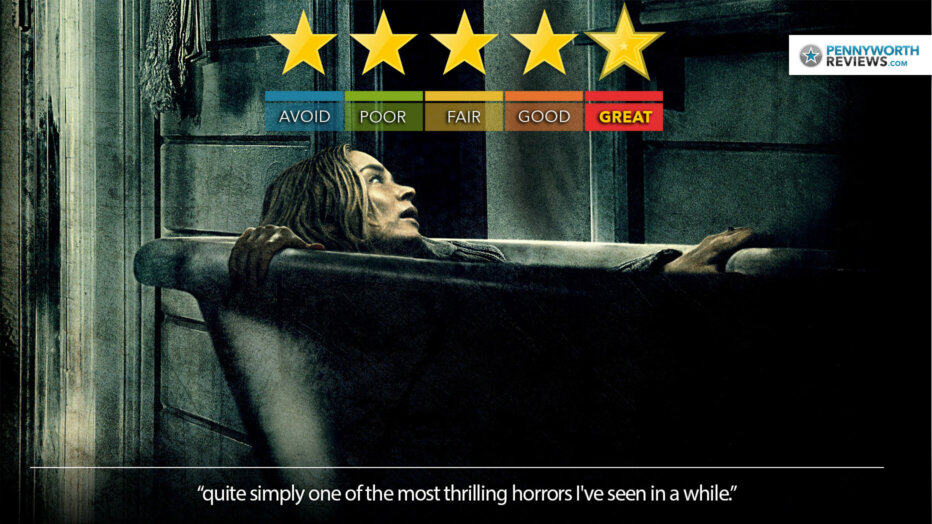 Don’t you dare touch that packet of Whispers

What is it? A unique horror movie that revolves around a family in the early days of a post apocalyptic USA where everyone has been killed by ferocious, blind creatures that absolutely destroy anything that makes sound. – Reviewed in 2D Cinema

Verdict: Boldly Unique! You simply have to try see it in a theatre if possible.

As the title suggests, A Quiet Place is a film about a quiet place but what you might not immediately realise is that it also perfectly describes the incredibly immersive cinema experience when watching the film. A Quiet Place isn’t just a movie about people being quiet, but instead is incredibly original in that it leans into the concept all the way, with a movie that essentially doubles as a silent film for most of the time. It does use music for effect here and there, also as a bit of relief, but for the most part a lot of sign language is used with subtitles and some very, very soft whispering.

This is the kind of film that makes you VERY aware of how much noise you are personally making, with the popcorn intake dropping significantly as you try to keep noise levels down for an irrational fear of putting the characters in danger, or getting your ass kicked by people in the theatre. It’s a natural feeling given by the film that draws you in and keeps you there. After leaving the cinema I even found myself taking extra care to not make much noise with my keys when unlocking my home or opening the gate. It really was something.

The cast is made up of real life celebrity couple John Krasinski and Emily Blunt (Krasinski also directed) and the children who make up their small family as they work day by day to do everything needed to survive the incredibly scary (masterfully designed) creatures with super-hearing roaming their area. The performances are stellar, the writing excellent and Krasinski’s directing proves that he’s not just some funny guy from that show you love. Blunt and he are both very, very talented people. The film isn’t afraid to drop some big notes on you when needed to raise the stakes or keep your attention either, and of course any major noises in the film will rattle your cage significantly. What I really loved is that the story gives a glimpse into this both unique and terrifying existence, and that it’s comfortable with keeping the experience contained and focused over a wonderfully manageable 90 min runtime.

This is quite simply one of the most thrilling horrors I’ve seen in a while. I absolutely loved both the film and the unique way that the film’s need for quiet leaks over into the immersive viewing experience. I couldn’t ever imagine this film being viewed in any sort of public environment. If you aren’t going to catch it on the silver screen, make sure that you plan your home viewing accordingly. You won’t be sorry.