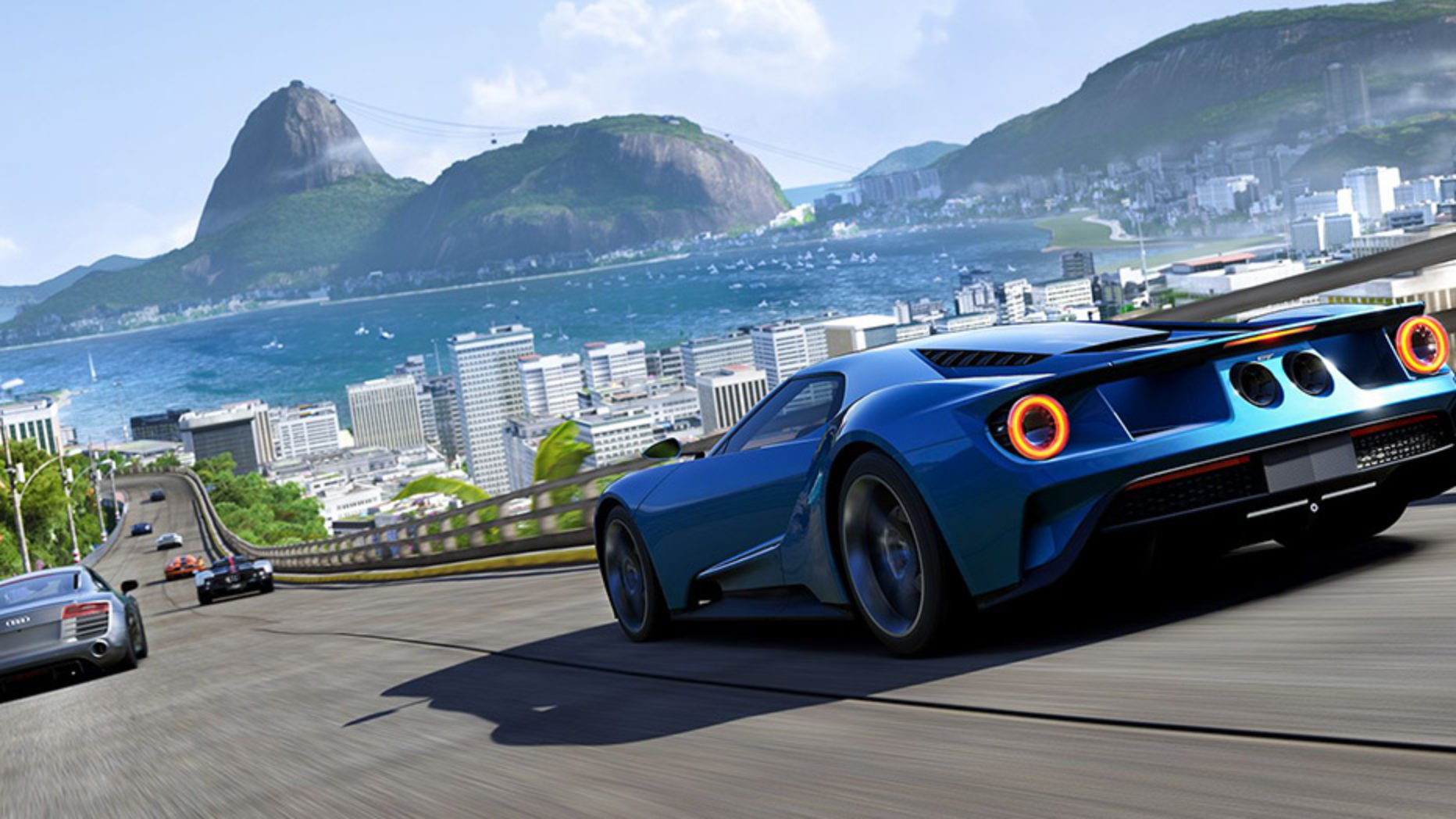 As many of you know by now, a demo for Forza Motorsport 6 has hit Xbox Live and the game itself is out in just 2 weeks or so.

As someone who has played an inconceivable amount of racing games in his life and also spends lots of his time drooling over cars (or occasionally putting his own on a track at track days), I’d like to give you some of my impressions on the feel of Forza 6 to let you know if its worth any fuss.

Let me get something out of the way, I thought Forza Motorsport 5 was a little on the side of… ass. I didn’t like the feel of it, I didn’t like the forced silly career events that weren’t actually about racing, I didn’t like that the car menus felt like they were made up of more purchasable DLC cars than included ones and I really, really didn’t like the soundtrack completely comprised of some developer’s wife singing (or being in pain, I can’t tell) in the shower.

Ok, so let’s quickly take a look at the biggest differences I noticed about Forza 6. Let’s do handling first. The car I used in my run-through of the demo was a Toyota GT86, a car I’m quite fond of in the real Matrix. The actual translation of controller input into wheel movement is greatly improved over Forza 5, where I really felt like I had the short end of the stick for not having a wheel setup for my Xbox One yet. It feels as if the game is way better at understanding what you want to do with the wheel now, but on the flip side the game feels way happier to let you lose the car, and run off the track or catch a big spin. This new balance makes me feel as if Forza has dialled back its sim-factor just a touch more in exchange for a bit of a better driver experience, and in this day and age of great proper sim/game crossovers like Assetto Corsa and Project CARS, Forza will find a comfortable spot in the middle offering up accessible but still semi-realistic driving experiences for those that wan’t the joy of cars and driving without swaying too heavily into arcade or sim territory.

When Life Gives You Le Mans.

Night races are here and rain is here, so that’s a double “yay!”, then. The game feels like it leans way more to the visual look of Forza Horizon now, leaning a little more to the shiny, colourful, side of things rather than going for the straight up realistic look of games like Gran Turismo or Project CARS. It’s still running at silky 60 frames per second though, and at 1080p no less.

I found the night racing to look a little “plasticky” overall, with Project CARS night time stuff outdoing it pretty decently, and when it comes to rain, it also has to content with the fact that a lot of this would be way more impressive if this had all happened pre-Project CARS. It’s not like they haven’t had a good enough chance to do this stuff yet. The rain, as well as the all-new 3D puddles that Turn 10 boasts, is actually as awesome as I was hoping it would be. Not only does it look pretty snazzy overall, but the rainy racing feels really fun to be a part of. 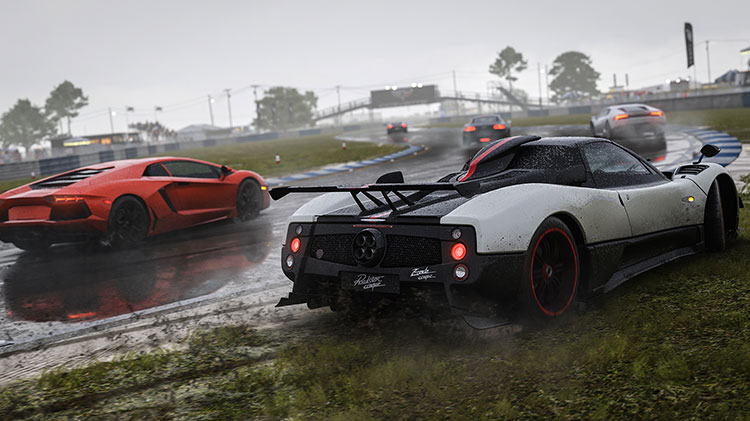 To refer back to Project CARS once more as its the closest release to this, rain, while awesome is also a complete nightmare. It’s challenging, it’s tricky and when you finish a wet race you’re sweating so much from concentration that you look like you’ve actually been out in the wet yourself. In Forza 6 the rain felt really fun to be out in, adding increased need for awareness and subtlety in your movements but still allowing you to have a little fun. The puddles are super fun as well, especially as they catch you off guard at first but slowly train into remembering where they are and that you have to maybe turn in a little earlier on a certain corner to counter the short moment of aquaplaning that you are gonna get. I personally thought that the puddles were pretty gimmicky when I first heard about them, but in practise… they add to the fun, and that’s all that matters.

Bring Me The Horizon

A few other pages taken from Horizon 2 have made their way into the game as well, such as the “wheelspin” rewards that let you randomly win in-game money or cars etc. when you level up. Another interesting new idea called “mods” has been added to the game that work almost like booster card packs that you can buy to give you assistance in races such as +1 to your starting grid position or better grip on a track. I’m not entirely sure whether to like or really hate these though, as I’m also not quite sure if they have been included purely for the reason of finding a new way to get people to spend more money on microtransactions. The dynamic music is still around though, which made me a little sad because I’ve always preferred a good ol’ soundtrack, however it has seen a great improvement since Forza 5 and actually… I can’t believe I’m saying it… seemed to improve the experience of the racing as it picked up and cooled off over the different stages of the race, or so it seemed. Also, it seems like there’s more than just the singing shower lady now, so it may even be a per-location thing, I’m not sure yet.

There’s a few things I’m not so sure about yet, simply because I haven’t been able to experience them in the demo, so you will have to hang around for my full review to find out if they’ve improved the career and multiplayer modes, or at the very least returned them back to the former glory of what Forza Motorsport 4 was doing.

What I will say in short though, is that it looks like a lot of Forza 5’s issue have been rectified as it becomes abundantly clear that it was never a completely finished game at all. Forza 6, just like Gran Turismo 6 seems to be the one that got all the post-release polish and love that will keep us happy. For now, I’m hopeful and feeling positive.

Keep an eye out, we hope to have our review out on or soon after the release.