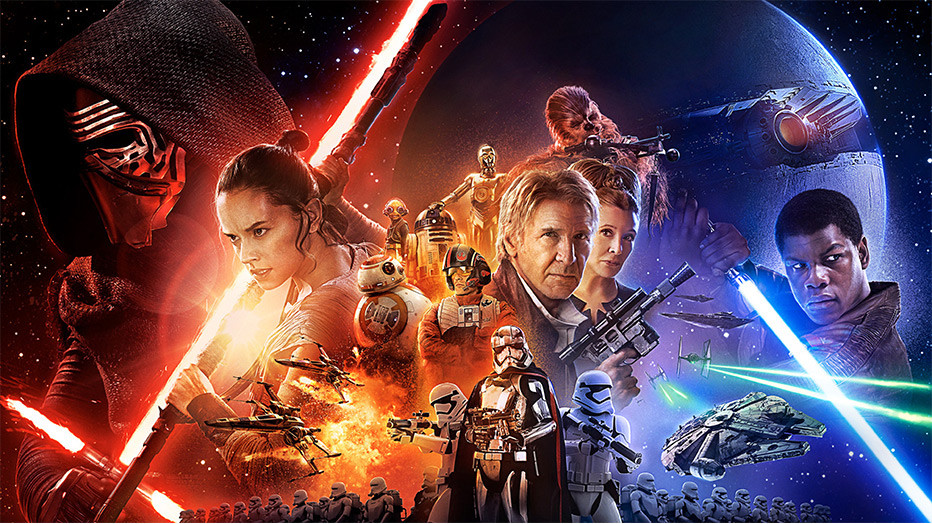 Summary 4.5 Great
Story 3
Performances 5
Production 5
Experience 4
Summary rating from 1 user's marks. You can set own marks for this article - just click on stars above and press "Accept".
Accept
Summary 4.3 Great

What is it? A large character-driven space adventure that serves as the direct sequel to the original Star Wars trilogy from the 70s/80s.

Set 30 odd years after the original 3 Star Wars films, The Force Awakens attempts to bring classic Star Wars back to our screens and rekindle our love for the films and characters while also laying the ground work for a new generation of characters, stories and, quite frankly, high grossing films.

To do this, it takes everything you loved about the original films and injects it with a combination of old and new filmmaking technology to deliver a distinctly unique new cinema presence that for fans, will have you riddled with goosebumps and teary eyes as you experience and relive so many of the things that made you love Star Wars in the first place while also marvelling at some of the most advanced and impressive visual effects to date, both physical and digital. If The Force Awakens does anything wrong it’s also that it leans so heavily on what made the originals work that it actually shares been-there-done-that plot points and feels halfway between a remake and sequel, so much so that even some of the characters can’t help but point it out.

Star Wars would be nothing without its characters through, and that’s where it shines brightly. Old favourites return while new, fresh blood is introduced to take us forwards and the combination of masterfully written, witty, strong, smart heroes is complimented by dangerous new enemies and a wonderfully complex villain.

The Force Awakens is a true spectacle that brings back everything that there is to love about Star Wars. It may a feel like you’ve already been through some of it before, but it more than makes up for it with good humour, great characters and a truly spectacular space adventure.

IMAX 3D Review Note: This film is absolutely spectacular on IMAX 3D and I urge you that, if at all possible, watch it on IMAX 3D. The sense of scale is unparalleled, it’s loud and some of the in-cockpit and chase scenes are just an absolute marvel to behold.