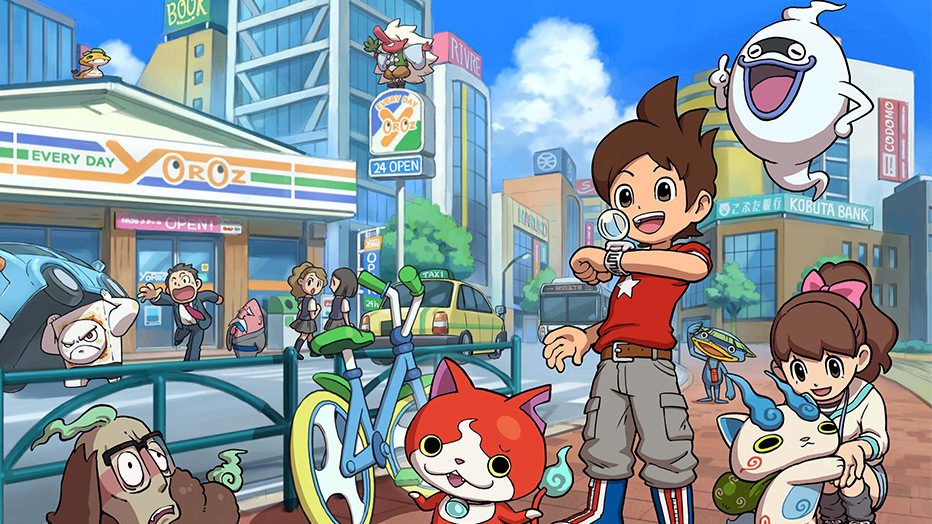 Yo­-Kai Watch: The Next Big Thing From Japan

Japan has a way of generating amazing franchises that, against all odds, seem to captivate Western audiences well above reasonable expectations. Dragon Ball Z and Pokémon are prime examples of content created for Japanese audiences that exploded in popularity all across the world and a new wave of content is about to hit our shores.

While Yo-Kai watch has been around in Japan since 2013 the first Westernised videogame in the series will launch in April 2016.

So what is Yo-Kai Watch and what’s with all the hype?

In a nutshell the series follows the adventures of a 12-year old boy named Nate (Keita in Japan) on his adventure to befriend mischief causing spirits known as Yo-Kai. Through the help of a magical device known as the Yo-Kai Watch Nate is able to see and interact with the usually invisible Yo-Kai.

Yo-Kai often cause trouble by inspiriting humans and causing them to act in strange ways. The Yo-Kai Wazzat makes people forgetful, Tattletell makes you blurt out your private thoughts and Cheeksqueek makes you exceptionally flatulent. 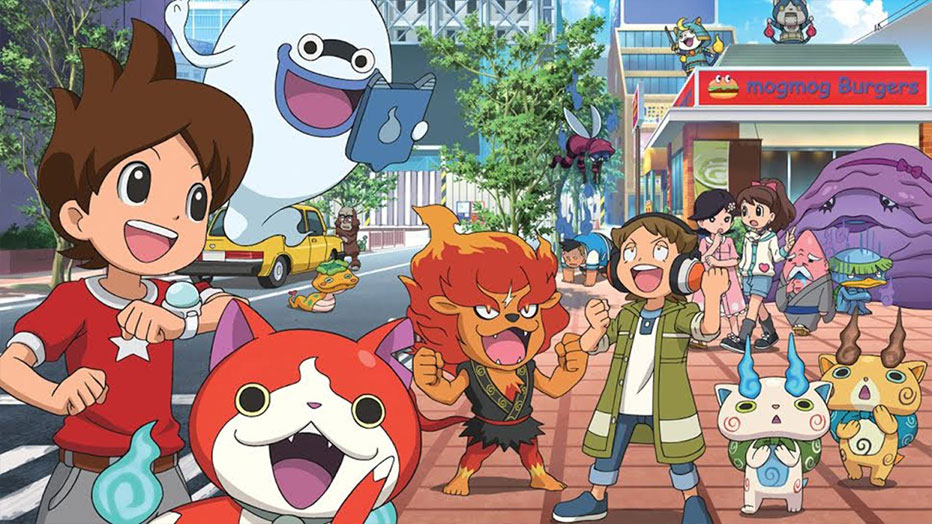 Nate takes it upon himself to seek out the Yo-Kai that’s inspiriting people and help resolve the issue either through conversation or confrontation. If a Yo-Kai wants to become friends with Nate they give him their Yo-Kai medal; a small token that resummons the Yo-Kai when placed into the Yo-Kai Watch.

Not all Yo-Kai are bad though. Some can boost morale or make people laugh at lame jokes. Each Yo-Kai causes a very distinct and well-thought out effect on humans and most of the plot deals with pairing two Yo-Kai together to resolves the issue.

On paper it feels like a bit of a Pokémon clone but there’s enough uniqueness in Yo-Kai Watch to clearly distinguish the two.

For starters the Protagonist isn’t on some grande adventure to collect all the Yo-Kai and Nate is an ordinary albeit somewhat forgettable character. The adventure revolves around what you’d expect a typical 12-year old Japanese boy would do. Nate goes to school, plays video games and hangs out with his friends.

Yo-Kai are also based on Japanese folklore and mythological creatures. A bit of research into a Yo-Kai can be very interesting and lead to some deeper understanding of Japanese culture.

One of the more immediately noticeable points is the darker nature of the series compared to other shows aimed at children. 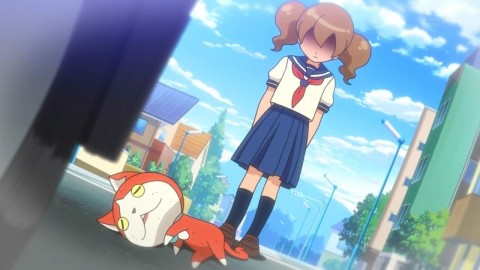 One of the series’ mascots, Jibanyan, was turned into a Yo-Kai when he was run over by a car.

While it’s bold for a series to confront these somewhat taboo subjects head on there’s a looming ethical debate when considering that all of these issues are usually the cause of mischievous Yo-Kai promoting the series catchphrase “Yo-Kai is why!”.

We’re not saying that we’re for or against the idea of 12-year old boys befriending spirits and using them to do their bidding but it’s an unavoidable obstacle that the series will face in the western world. We’ve been there with Pokémon and Harry Potter. 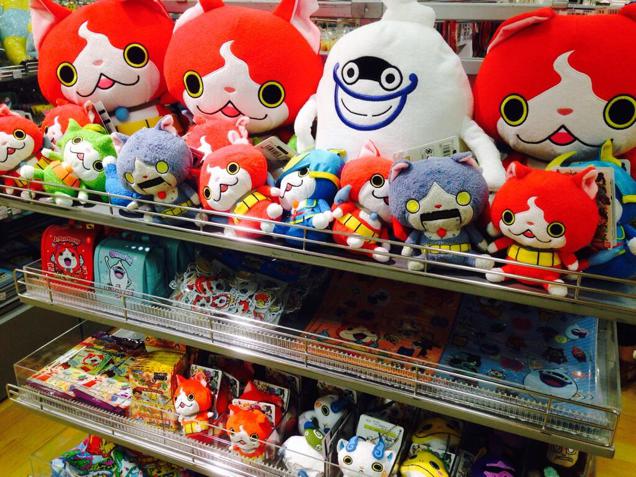 Criticism aside; Yo-Kai Watch really is a fresh new idea and has an extremely entertaining premise. We binged the entire first season of the anime and can’t wait for the Nintendo 3DS game to launch. If you’re a fan of Japanese culture and Anime you should definitely check out this promising series.

Yo-Kai Watch launches exclusively on the Nintendo 3DS next week. This RPG style game follows the events of the first season of the Anime and players can find and collect over 200 Yo-Kai, assemble a team and take down Yo-Kai causing mischief throughout town.

Keep an eye on Pennyworth Reviews for the full review!