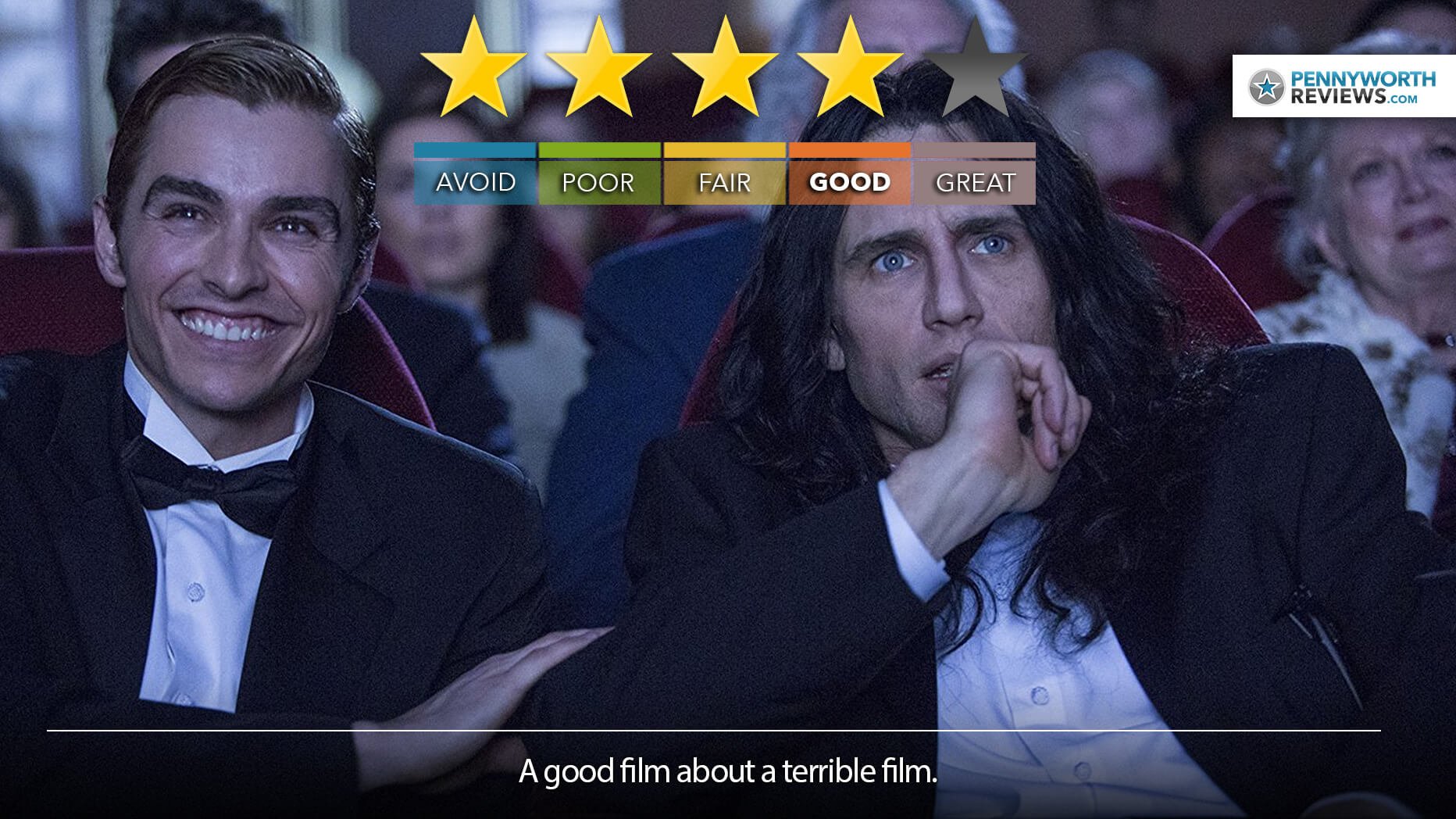 Sometimes it’s good to be bad

What is it? Based on a book of the same name, it’s the true story about the making of what is considered one of the worst movies ever made (The Room) as well as the mysterious and very strange man behind (and in front) it all, Tommy Wiseau.

Verdict: A sincere, well made film with great performances. Which is ironic because well, you know…

When you see names like James Franco and Seth Rogan attached to a movie you’d be right to think you’re in for some weird stoner comedy. The Disaster Artist is oddly different, in that it might be the most sincere piece of work from this group, and it’s because they’ve put a lot of effort into making a pretty damn good movie about a pretty damn terrible movie – and it’s fantastic. The brothers James and Dave Franco give great performances (James also directed the film *and* and won a Golden Globe for this role) as unlikely friends Tommy and Mark that end up going from nothing to even less…  but then mistakenly become something huge. The sheer oddity of Tommy Wiseau combined with the (still existing) mystery of his roots and money is why this film and its story remains interesting all the way through. A man with lots of money and a few screws loose is always going to entertain one way or the other, and some of his antics are just a marvel to behold.

Something else worth noting is that the cast of this film is unbelievably good, thanks in part to it being filmed in LA itself. Rogan and Franco must have called in all their favours, because this is the kind of movie where almost every part is played by someone famous. Even better, they did an incredible job perfectly recreating some of the scenes from The Room – and if you hang around for the credits you even get to see them running side by side.

The Disaster Artist is a really good movie with tons of talent in it, that got made to tell the story about the making of a very bad movie with almost no talent in it at all… and I just absolutely love that it exists.