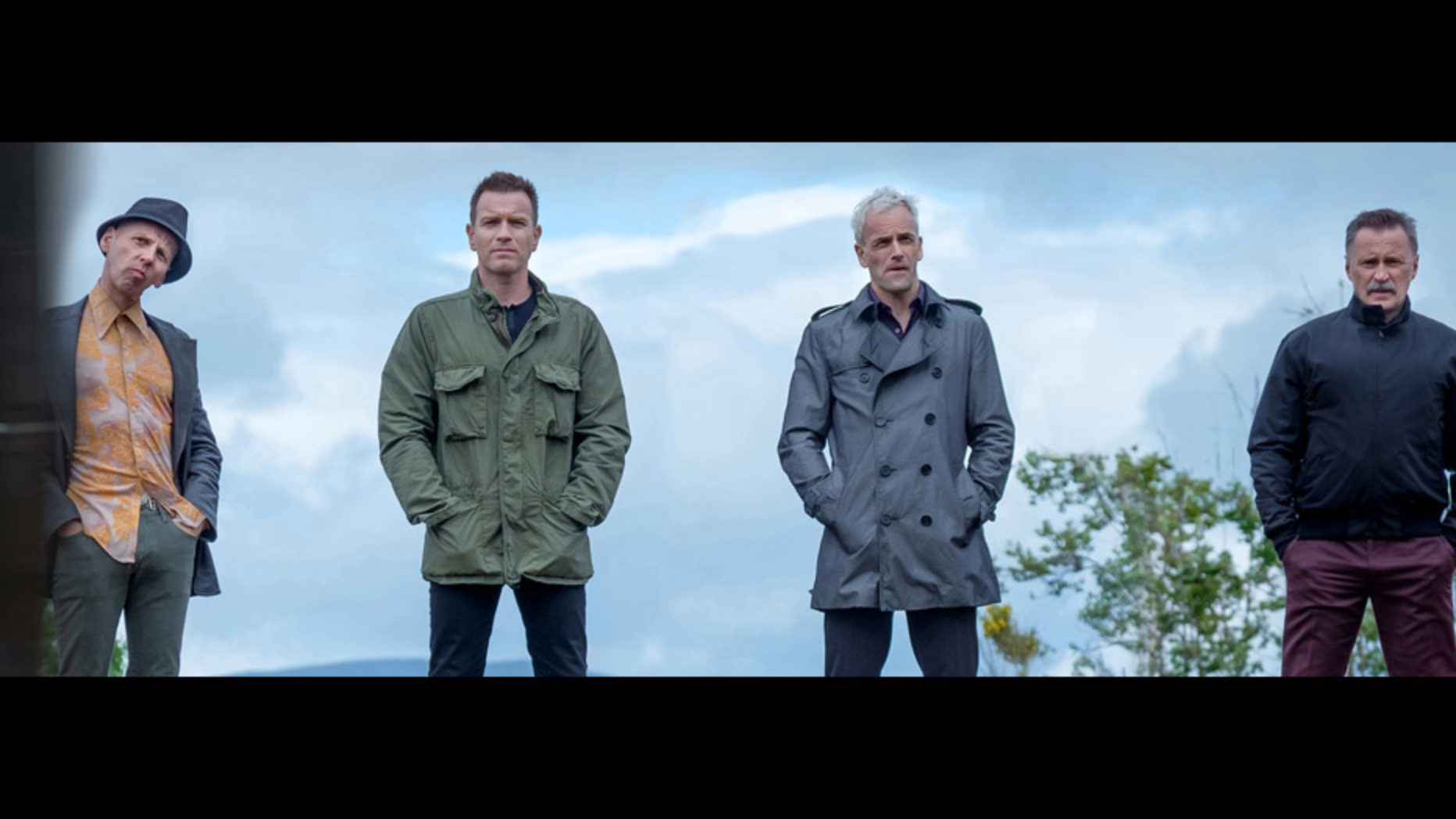 Verdict: Wonderfully Messed Up – Twists, turns, humour, drugs and attempted murder. Danny Boyle has made a sequel that works, a sequel which some didn’t think would happen. Choose to watch, Choose Life, Choose Trainspotting 2.

T2 Trainspotting 2 wasn’t something that everyone thought would happen and in January 2009, Danny Boyle declared his wish to make the sequel a reality. Sequels don’t always go all that well, but Danny Boyle managed to hit right where it matters in terms with connecting the original film with its sequel.

The film takes you more-or-less 20 years after the original film. We are given an insightful look at Mark “Rent-Boy” Renton and the rest of the boys’ modern-day lives before that changes for them and practically escalates one moment after another. It brings back some of its memories and occurring themes, which gets displayed in some very interesting ways in terms of flashbacks and possible hallucinations.

Trainspotting 2 seems to have worked out very well in advantage to what Danny Boyle had planned for his sequel. The original cast ensemble aged well enough to fit into their returning roles, fitting every puzzle piece together to somehow make the most messed up sense that you can get from those who were junkies.

It has been 20 years since he left and started a life away from his old friends, but after a change of fate, Mark “Rent Boy” Renton (Ewan McGregor) has returned to the only place he can actually call home. It all sounds like he’s had an epiphany and wants to set things right. Life is too short and you’re better off to have your end all cleaned up and set straight. So, what exactly is there for him to do other than to reunite with his old friends and make amends for disappearing the way he did all those years ago.

It doesn’t really end up all that well for him as the years have treated each one of them very differently. Time hasn’t exactly been too kind to most of them. Where one has suffered through a lot of heart ache, the other has made the best of their criminal-like and addicted situation. Daniel “Spud” Murphy (Ewen Bremner) has been left on the edge between life and death. Where is one to go when you are pushed away from the ones you want to be with, battling against addiction and constant bad luck with employment? It’s one harsh reality after another. The life of an addict and where you might end up once you’re in deep with the lifestyle. What will you see, where will you go, where will you end up eventually? It’s jail, sex, drugs, extortion, hate and guilt. A violent cycle that could possibly come back to haunt you for a long time. First there is opportunity, then comes betrayal.

The film has a wonderful, but twisted recipe for its story-line. It is not your usual rollercoaster of emotions, but it pretty much is one in its own right. You get thrown into action, humor, intrigue and thrills. You pretty much get thrown into a variety of things, even some things that might (or might not) shock you.