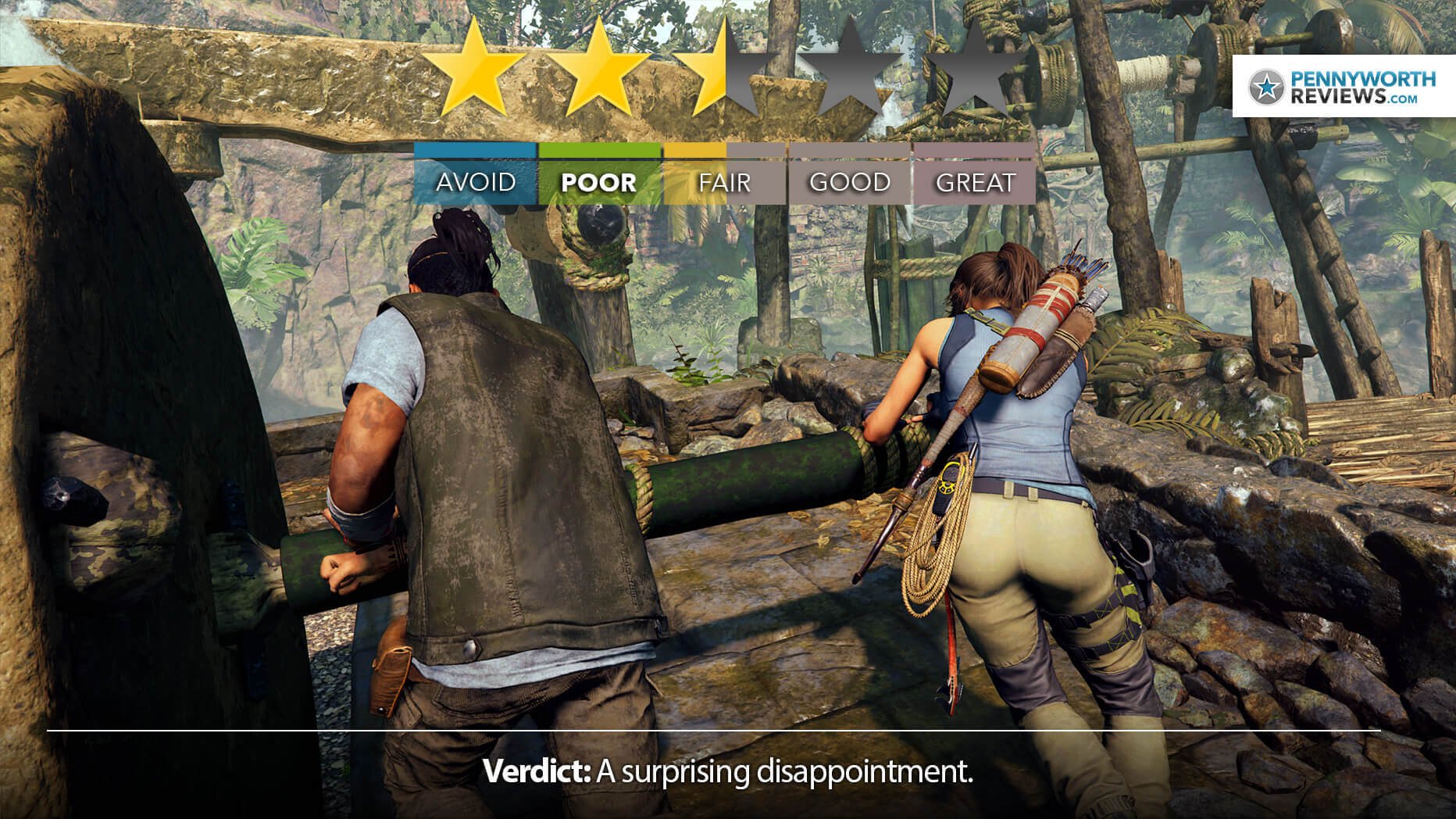 A boring, disappointing end to a trilogy

What is it? The third instalment of the rebooted action-adventure Tomb Raider games that involve exploring and puzzle solving with a blend of stealth and shooting. Lara Croft and her BFF Jonas run around South America’s jungles trying to find an artefact that’s going to cause the end of the world. – Reviewed on Playstation 4 Pro. Also available on Xbox One, PC

Pros: It can get very pretty at times, challenge tombs can be good and some really interesting accessibility features. Separate difficulty settings for puzzles, exploration and combat.

Verdict: A surprising disappointment that feels like a phoned-in filler episode.

Considering that I’m the guy who liked Rise of the Tomb Raider enough to give it a full 5 stars and the 20 Year Anniversary Edition 5 stars as well , then let me tell you that I’m just as surprised at the score as you are. What happened?

Shadow of the Tomb Raider is, for lack of a better word… boring. The story seems to give you more reasons to dislike Lara than actually be on her side, and it left me mostly uninterested in stakes that just seemed too high for a game that felt so limited. The pacing is all off too, often having you pointlessly swimming around or climbing things for ages just to get from point A to point B. It really felt like it was just giving me excuses to use the gameplay mechanics, and some decent puzzles don’t make up for it enough especially when some didn’t feel polished, or you died for the 5th time because of a glitchy grappling spot. The checkpoints? Don’t get me started.

Gameplay mechanics have barely changed, except that the application actually felt worse for the most part. Action feels clunky compared to past games, and stealth felt notably clumsy for something that is forced on the player on so many occasions during the game. Skill and weapon upgrades felt completely useless and quite frankly, mostly didn’t even matter. Uncharted-like set pieces are attempted but often just fell flat as paths aren’t clear or environments didn’t behave quite like they should. Graphics were impressive at times, and I was given the choice between resolution or framerate but facial animation quality were inconsistent, particularly in side-mission interactions. Camilla Luddington even sounded bored and uninterested in some of the voice over work (maybe because they snubbed her on the role of Lara in the movie, right?). I can’t believe that you still can’t listen to journals being read by Lara without having to stay in the menu screen, especially for a game where so much nothingness happens while you’re climbing around.

Shadow of the Tomb Raider just didn’t feel right even from its early stages, and maybe that’s because the original developers are off making an Avengers title while Eidos Montreal was brought in to get the job done. I found little reason to root for Lara, mostly because she rolls around destroying everything, and the way the story tried to portray her as vulnerable but also and a monstrous killer got so inconsistent that I honestly just stopped caring.

More of the same, but not nearly as good. It nearly gets away with just being an okay game, but ultimately delivers a poor experience.