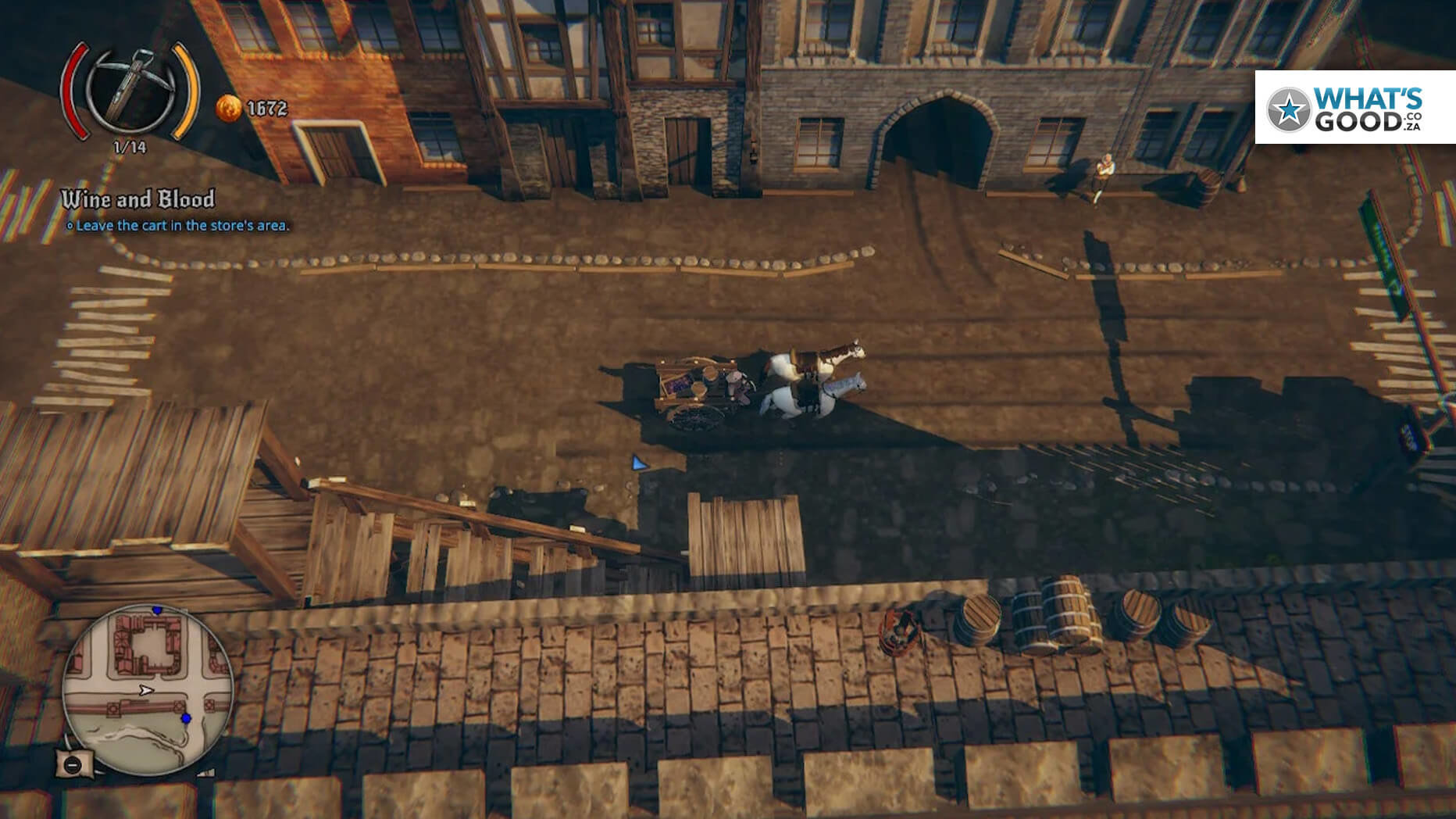 Rustler is GTA mixed with Monty Python. That should be good, right?

Rustler Review (Quick Look) –  Platforms: Nintendo Switch – Also on Xbox, Playstation and PC  | We check it out for: 2-4 hours | For people who like: Original GTA games, Monty Python

Rustler is a spoof that wants to deliver the fun of the older top-down GTA games, but in a medieval setting. It’s incredibly self-aware, and leans heavily into the idea of a medieval GTA with ideas like beatboxing bards, police horses that flash blue and red, respraying your horse to lose the cops and some hilarious hip-hoppy “mission complete” music complimented with the sounds of a church choir.

So… is it any fun? Well, yes and a little bit no. What makes GTA games fun is the city setting, the cars, the guns and all the nonsense that comes with all of that. With Rustler, it has to rely on some fun writing and clever references to other movies, games and more to keep itself entertaining. Once you get used to that or it wears off, the gameplay isn’t quite as fun. There’s just no reality where riding around on a horse and fighting some people with a sword and shield is going to compare to drifting a stolen Banshee around corners and mowing down pedestrians before you get out the car and fire an RPG at a police car. So while Rustler is delivering some good laughs, the controls are a little niggly and the missions aren’t all that engaging, often needing you to just go somewhere and fight someone or pick something up and bring it back.

I’ve been playing it on the Switch and it looks and runs pretty well, with only a few little hiccups here and there, and I assume the bigger consoles have very little issue handling it – but I stand to be corrected. The sounds pretty decent though, and it’s surprisingly good on headphones. The way that characters mumble and grumble over the subtitles while subtitles are rolling out still amuses me.

Is it worth checking out? Well, as I mentioned, it IS worth the giggles that come via the writing and gags, but there’s no reason to rush out to get it. As much as I love the idea of supporting smaller games, this one really feels like a solid case of waiting for it to hit a decent sale or go to a subscription service like Game Pass.

It feels like a perfect game for my Switch though. While I’ve had some fun checking it out, it feels like a great game to whip out on a handheld when you’re away from home and want something that’s easy to get into and have some fun with.