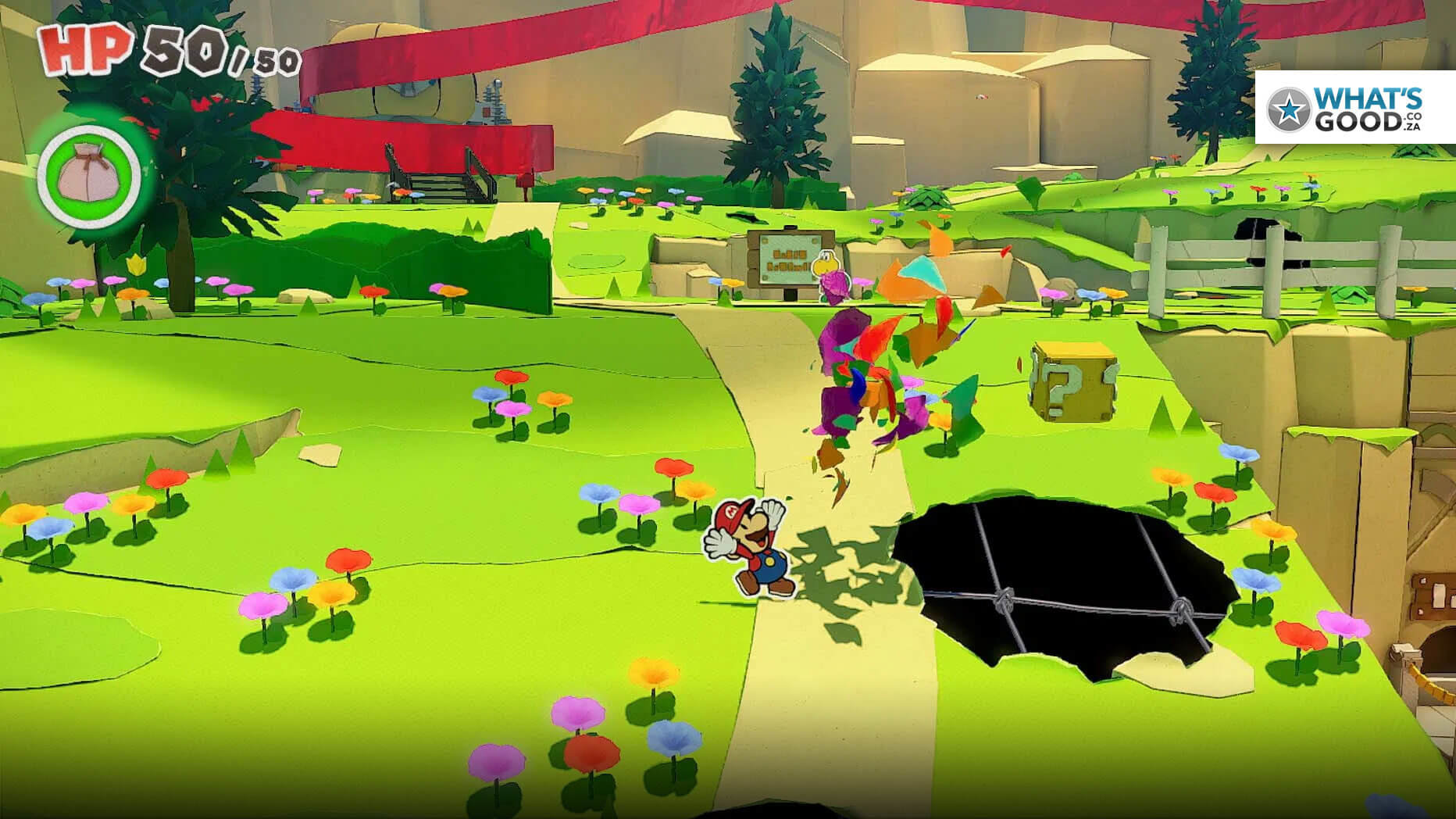 Paper Mario is well made, but didn’t quite keep me engaged

After hearing a lot of great things about Paper Mario titles over the years, the franchises arrival on the Switch with Paper Mario: The Origami King means that my time to experience it finally arrived.

Verdict: While there’s a lot to like, Paper Mario’s combat and exploration felt like it could have offered more to keep me fully engaged.

Paper Mario’s art style is a big part of the experience, so much so that it’s a part of the title, and while playing with a 2D character flip-flopping around in a 3D world, it’s beautiful and comes packed with a lot of charm.

As far as story is concerned, Paper Mario is all about an adventure that involves a new kind of “folded” enemy taking over the world. Mario and Luigi get caught up in a story to unfold friends, battle origami enemies and save the princess and day.

Good comedic writing has always been the name of the game with Paper Mario titles, or so I’ve been told, and it really does deliver some good chuckles.

See Reverse Side for Details

Combat on the other hand, is a mixture of a puzzle game and some turn-based combat that involves item usage and a bit of well-timed button presses. At the start of combat you have to rotate or slide panels on a circular combat area to line up your enemies before time runs out (you can spend coins to extend time). Once the timer is done, you then take your turns to attack and defend.

Boss battles are different, and involve the same puzzle-panel system, except that its used for creating pathways to collect items and make attacks on the boss.

This combat system is new to Paper Mario games, and while it serves its purpose to a decent degree, I didn’t actually like it all that much. It’s fine, but I can think of a handful of existing turn-based system that could have been more fun or engaging.

While I’ve enjoyed Paper Mario just fine, it’s not delivered enough to really keep me fully engaged. It’s a game that’s beautifully put together, that I enjoyed enough while actually playing. However, I had no urge or excitement to get back to it the way I felt with other Mario titles like the vibrant, engaging world of Super Mario Odyssey.