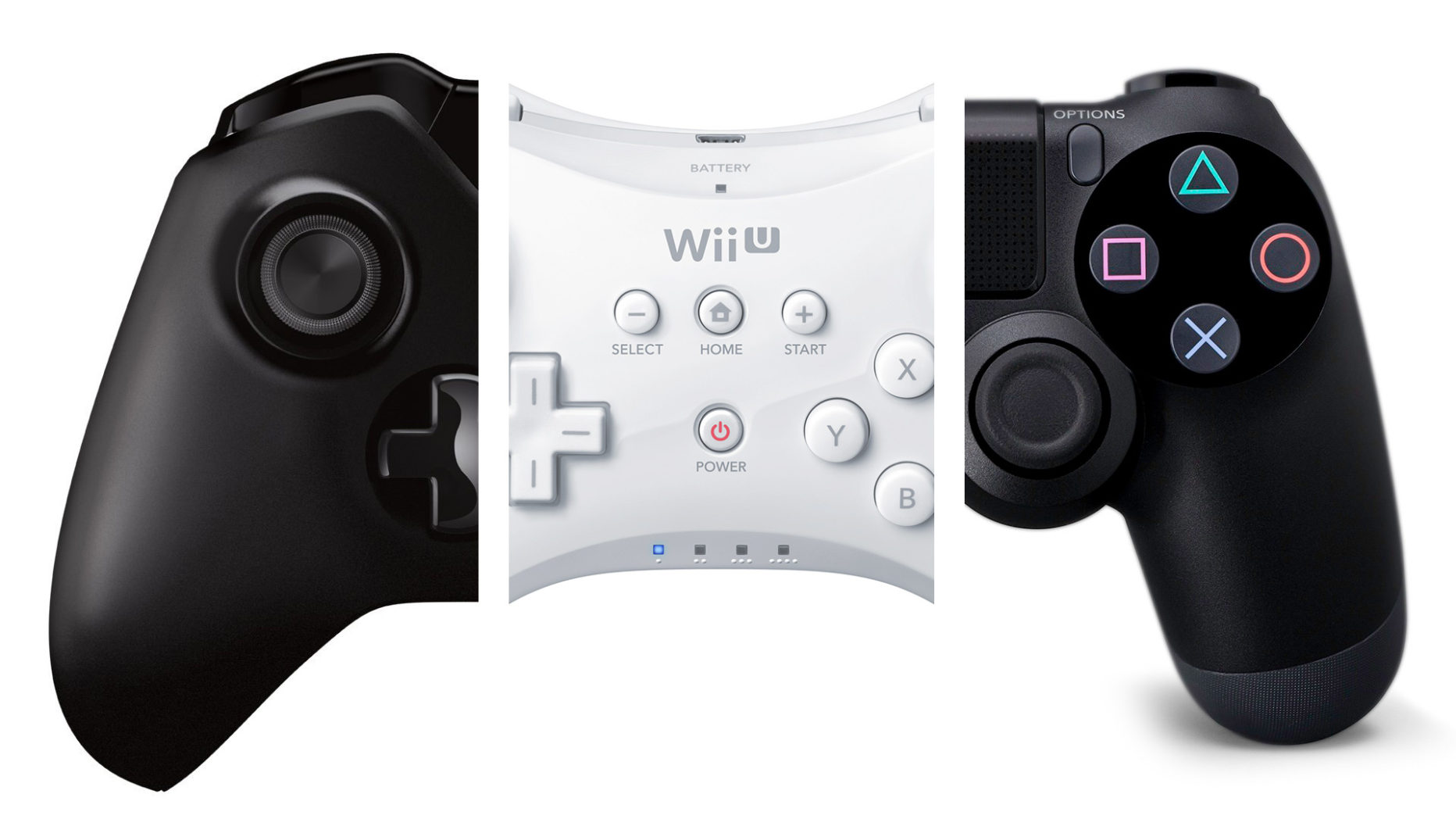 Is It Worth Owning All Of The “Next-Gen” Consoles?

With nearly a year gone since the release of the last “next-gen” console, and at such high prices, gamers might find themselves asking the golden first-world-problem question: Is it worth owning the new consoles all at once?

The Wii-U, having been out for quite some time now and still suffering from maybe one of the most awful names in modern console history is still trying to find its feet. Sure, it has some great first party titles, but don’t all Nintendo consoles and handhelds? The issue remains that the Wii-U is still sitting half a generation behind, somewhere between back then and right now. Big Nintendo fans are having a great time with the latest iterations of their favourite franchises such as Mario Kart and such, but is it enough to justify owning the console alongside the others?

Strangely enough, we don’t find the Wii-U a logical purchase at the moment… but only if it’s the only console you own, because no matter how awesome that new Zelda or Mario game is you won’t be able to deny the sting that when the latest next-gen Mass Effect / Call of Duty / Assassin’s Creed / Whatever arrives, you can’t play it. However, as someone who has the means to own a bunch of consoles, it sorta makes sense to add the great first party Nintendo titles to your library. This way, you get the best games Nintendo has to offer, but come release day for that big, fancy next-gen Kill Assault Team Omega IV game comes out, you can play it on one of the other machines.

The Wii-U is in its own special little place, and for now I’m not so sure what that means for its place in your living room, but what we do know is that when it comes to a head to head with the Xbox One and Playstation 4, things definitely get a little more heated.

The Playstation 4 is hot property right now, but Microsoft are still doing everything that they can to win the hearts, and more importantly, wallets of gamers over with every possible strategy that they can think of… and it’s actually been working out pretty well of late.

Regions like ours in the outer-rim of the gaming galaxy (South Africa) have seen the Playstation 4 enjoy a massive early lead as the Xbox One has only been released this week. Not only has the head start really paid off, but its allowed previous Xbox fans a lot of time to think over how much they don’t appreciate Microsoft’s lack of love for our small markets, what with late releases, a lacklustre (and insanely late) local Xbox Live offering in the past as well as no Azure servers to accompany the Xbox One (and as a result, no local release of Titanfall either).

So is it worth owning both? If you already have a Playstation 4 is there really any good reason to get an Xbox One right now? The same goes the other way around, and hey these are some pretty damn expensive machines right now but the temptation to splash out on the other one is pretty big, so what’s the Pennyworth verdict? 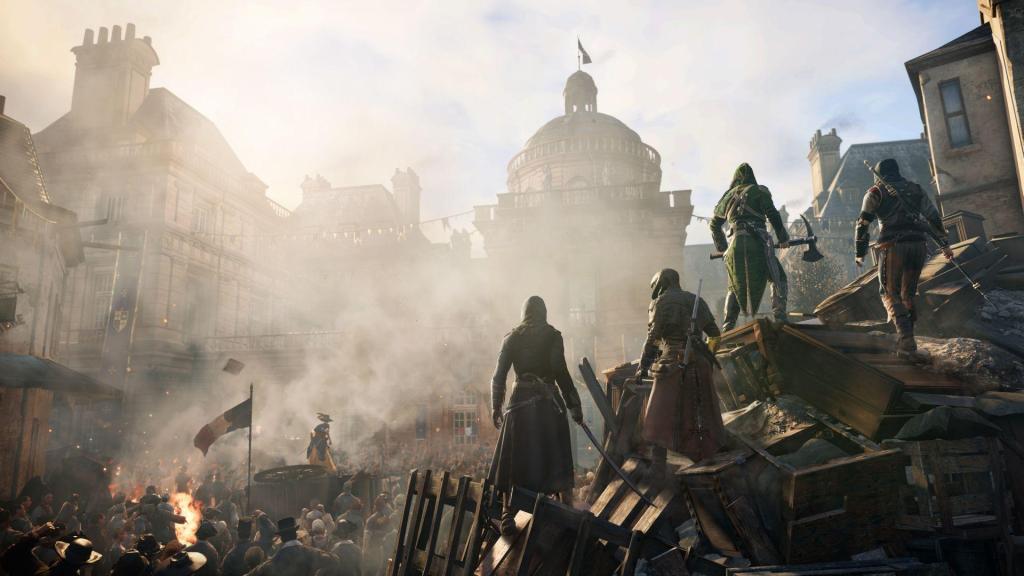 Multi-platform titles like the upcoming Assassin’s Creed Unity from Ubisoft make up a large percentage of gamers’ libraries.

In the end it has to come down to exclusives, because besides a few pixels here and there, you can pretty much get the entire multi-platform library on either one, and there’s a lot of fun to be had right there without having to go and drop tons of money on a whole other console.

The Playstation 4’s 2013/2014 exclusives have been somewhat underwhelming as far as my own opinion is concerned. Infamous Second Son was ok, but not ZOMG-amazing. Killzone Shadow Fall too, was ok but a little too generic and definitely not a reason to own the console. The Last of Us is arguably one of the best games ever made, but the remaster is a remaster, so it doesn’t really count because so many PS fans have already played it.

The Xbox sits in a pretty similar boat, with its biggest exclusives so far being games like Forza 5 (impressive looking, great racing game but not even close to everyone’s cup of tea), Ryse and Dead Rising 3, of which the last two were a stretch from being called must-haves and have now lost their true exclusivity as they are both available on PC as well. Titanfall on the other hand is still a pretty magnificent game, with lots of long-term legs thanks to its multiplayer focus and the great revitalising updates by Respawn Entertainment, but regions like ours never even got a release, and unless one of those other titles really presses your buttons, you are still sort of stuck with only one really solid exclusive that has overall appeal.

So then, the next wave of exclusives are coming but they aren’t all arriving at once and we don’t have guarantees that they will all be as great as their hype-trains claim they’ll be, so there really isn’t a massive reason to dive right in immediately. Patience breeds cheaper prices and better decisions, and with the multi-platform release schedule serving up mammoth titles like the new Call of Duty, Assassin’s Creed, next-gen Grand Theft Auto V, Far Cry 4, The Crew and more are you really sitting with so few options that you need to dip into the side?

We don’t think so.

Our advice for now… stick with what you’ve got, unless there’s something really specific on the other console that you’re pretty much planning on playing the living heck out of. In not too long there will be an expanded library of great exclusives from both sides, along with reviews to let you know which are worth owning and only then will it really be an advisable time to stay put, buy both or even completely jump ship if that’s what’s needed. All consoles at once? Right now?

The Pennyworth Final Verdict: Stay put and see what things are looking like after the holiday release season is over. So in short, no, we don’t think it’s worth dishing out the extra dough just yet. Don’t give in to the FOMO, at the end of the day it may even be worth just sticking to one console for a long time to come and only jumping over when great specials with huge must-have bundles appear a few years down the line.

(And don’t even get us started on if you own a PC).