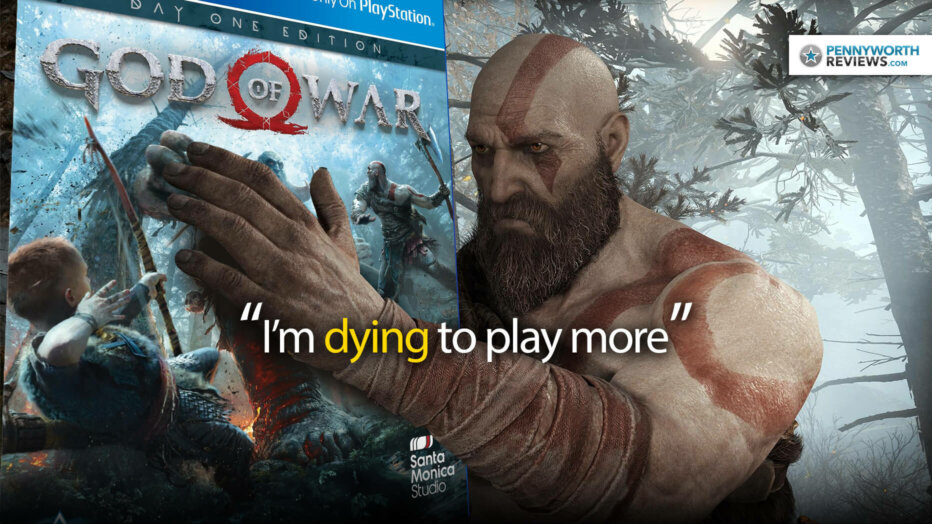 [UPDATED] God of War: One Of The Best Exclusives Of The Generation? – We’ve Played it.

By now I’m pretty sure that the God of War franchise needs no introduction, whether it be because of your love or knowledge of the original games or all of the hype that’s flying around with the new one. The very short and simple fact right now, is that I’ve spent a few hours with this new version and boy, oh boy is it already proving to be something very special.

Playstation are knocking it out of the park with their exclusives and almost like a Marvel movie… when you just think their string of wins might finally hit a speed bump, they rock you harder with something even better.  Playstation exclusives really do like making people walk around in the woods these days. Bonus points if your kid is walking alongside you. So there’s no escaping the fact that God of War has a lot of The Last of Us / Horizon / Logan vibes going for it when you begin, but when all the cool shit starts happening you quickly get swept up in the story its trying to tell. 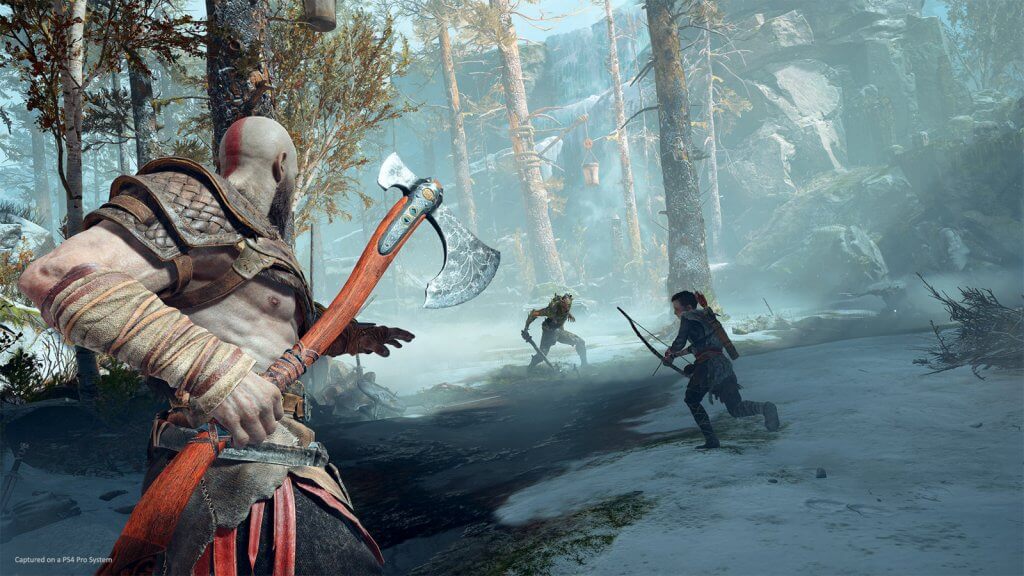 This game is beautiful, but I don’t think that was going to be any sort of surprise and if I won’t be surprised if the art department is already clearing up and dusting a bit of shelf space to prepare for some of the awards that are headed their way. Not only is it beautiful in its art (and pure visual power supplied by the engine / console), but it shows some immediate beauty in its tone, giving more substance to Kratos in 5 mins than he’s ever had in the past titles combined. Having a kid alongside him along the way is welcomed too, not only for the core story but because he sort of acts like the voice inside your head, pointing out anything interesting, helping with navigation and even injecting a little bit of youthful humour into the mix (he actually forms a part of your controls / gameplay too). Kratos on the other hand grumbles a whole bunch. Truth is that I just can’t wait to see what happens next.

A Thight For Thor Eyes

You may have also heard that the gameplay and combat feels a bit Dark Soulsey, and I’d say that’s half right where combat type and world exploration is concerned – except that from early on its already a whole lot more action packed and includes more adventuring and puzzle solving. It’s genius really, take something everyone has been going gaga over (Souls-like games), make it more fun and accessible and then inject heart and soul into its characters (see update at the bottom). Congratulations, you have a real winner on your hands. (also spare no expense where art, quality, controls, interfaces, writing and everything else are concerned. Easy). The great thing about the slower, more heavy hitting combat they’ve opted for (compared to past God of Wars) is that when you crank the difficulty to GOD OF WAR level, I’m pretty sure it’ll actually do a pretty decent job of mimicking a souls-like game. I don’t know if I’m going to try find out first hand, but hey, I’ve not even seen everything this game has to offer yet. Baby steps, dammit.

As a half-greek, I’m sad to see the Greek setting go, despite it having run its course… although the new Viking / Norse Gods thing is incredibly interesting albeit a littttle familiar at this point in time thanks to the surrounding pop culture (Kratos will remind you a little of a Marvel hero you may know thanks to one of his first weapon abilities).

I’m dying to play more, that’s no secret. If you own a Playstation I don’t think you’re gonna want to miss this. If you don’t own a Playstation, well… ouchies… I think this one’s gonna sting.

Boy does this game have some surprises in store for you. While the game may look like fairly linear trip up a mountain with Dark Souls-ish combat (lots of emphasis on that “ish”) it’s really done quite a lot since I wrote this that has surprised me and a lot of other people. I don’t want to spoil anything, but I do want to say that it opens up in a really great way, and the combat also starts getting more bad-ass, so I almost want to take back what I said about Dark Souls, it’s way faster and easier, with some flashy, fun stuff. You must check this game out.

Check back for our full review soon!