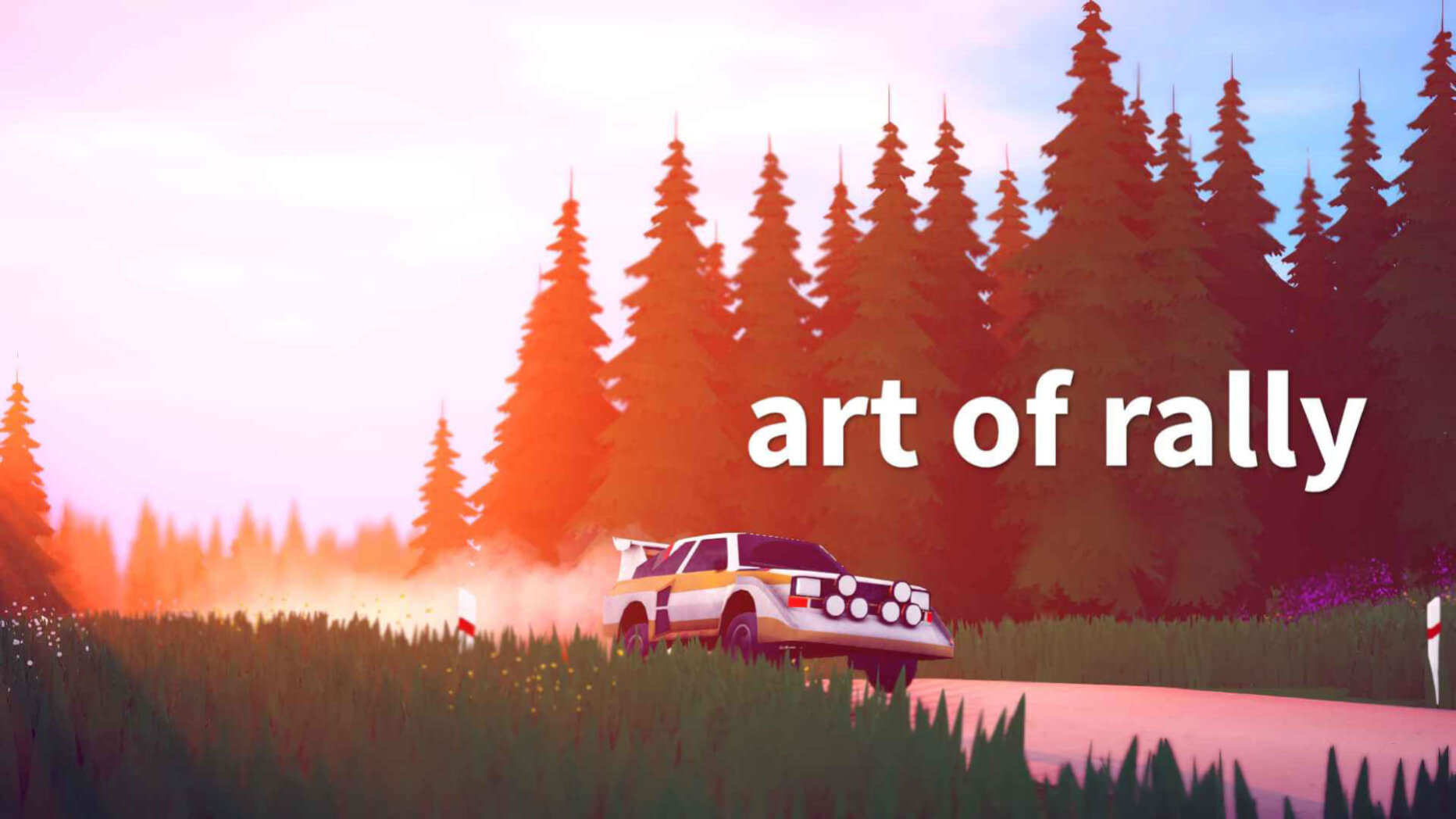 Update: Be warned – we’ve heard that people aren’t happy with the Switch version – so you might wanna hang back on that platform for now.

Art of Rally is a game that tries to take a bit of a different approach to more realistic rally sims/games like Dirt 2.0 (Also on Game Pass now – click to read our review). Instead of prioritising realistic graphics, perfect physics and true-to-life rally stages and locations, it opts more for simplified but beautiful visuals, and random generation. It’s not a completely arcadey game though, with the cars still having some weight to them as you control them from a high third-person, almost helicopter-cam view.

Handbrake Turn And Smell The Roses

I thought the game was almost literally going to be a bit of a literal “walk in the park”, but make no mistake though, it’s still pretty challenging. Luckily it does have assists, and difficulty levels to keep things manageable, but really – the game is more about just sort of enjoying the cool vibe while chucking around old 80s Group Rally cars.

While the cars aren’t official licensed versions of the real ones from the past, it’s very easy to identify the Lancias and Alfas and Alpines… including some familiar looking liveries.

Here’s a quick look at a replay:

In career, you play through rally stages over a few years, and have to play through randomly generated stages. You have a set number of restarts to use for each rally, and if you can win without finishing them all up, you can unlock new liveries. It can get pretty tough when on normal mode you need to haul ass pretty well to win a stage, and going too far off the path resets you to the road with a 5 second penalty.

The game is also unexpectedly funny. I was told about this beforehand but discovered it myself pretty quickly as the game kicks off with your car facing a giant Buddha-like statue that explains that you’re in an alternate reality where this group of rally cars still exist.

VERDICT: Rally fans have to try it! If you’ve got Game Pass, you’re gonna need to invest little more than some time for a relatively small download, so go for it – it’s fun!